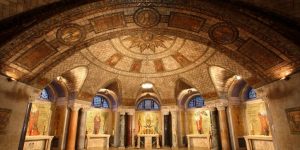 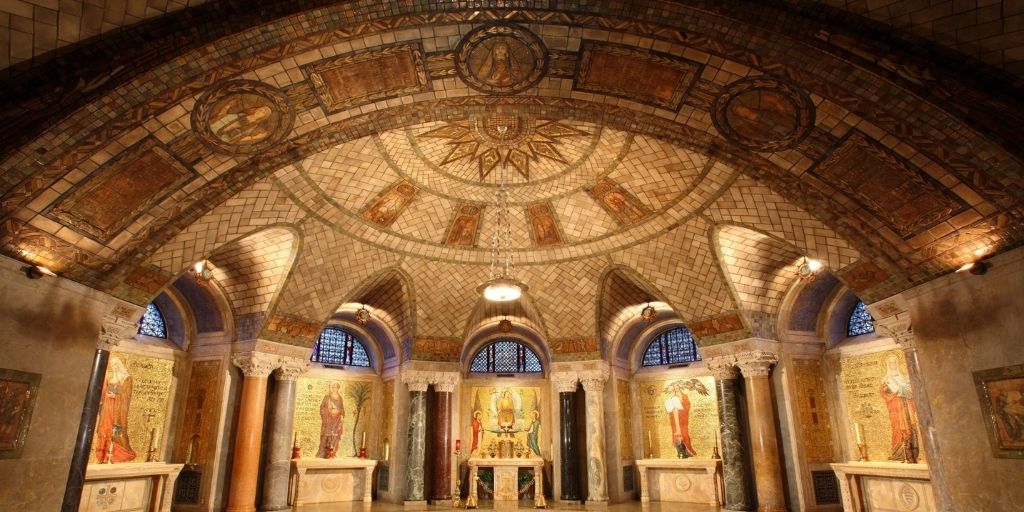 Considered the heart of the Basilica, the Crypt Church contains fifteen reredoses (ornamental walls) in the Byzantine mosaic style. These shimmering mosaics were designed by artist John Louis Bancel LaFarge and were a major part of the seven-year-long process to complete the Crypt Church.

LaFarge used historic techniques to reflect the style of the famous mosaics of Palermo, San Marco, and Santa Maria Maggiore. However, he had difficulty obtaining the supplies he desired, and partnered with Ravenna Mosaic Inc. to finish the production of the collection. He completed the mosaics of the Good Shepherd, and Saints Cecilia and Agnes in his studio. For the others, he designed and sent the cartoons for production.

Each work follows the Venetian mosaic type, featuring tiles that are cut from glass and enamel, similar to those used in the early Christian era. Around 60,000 tesserae (tiles) make up each panel, for a total of 1.5 million in the collection. 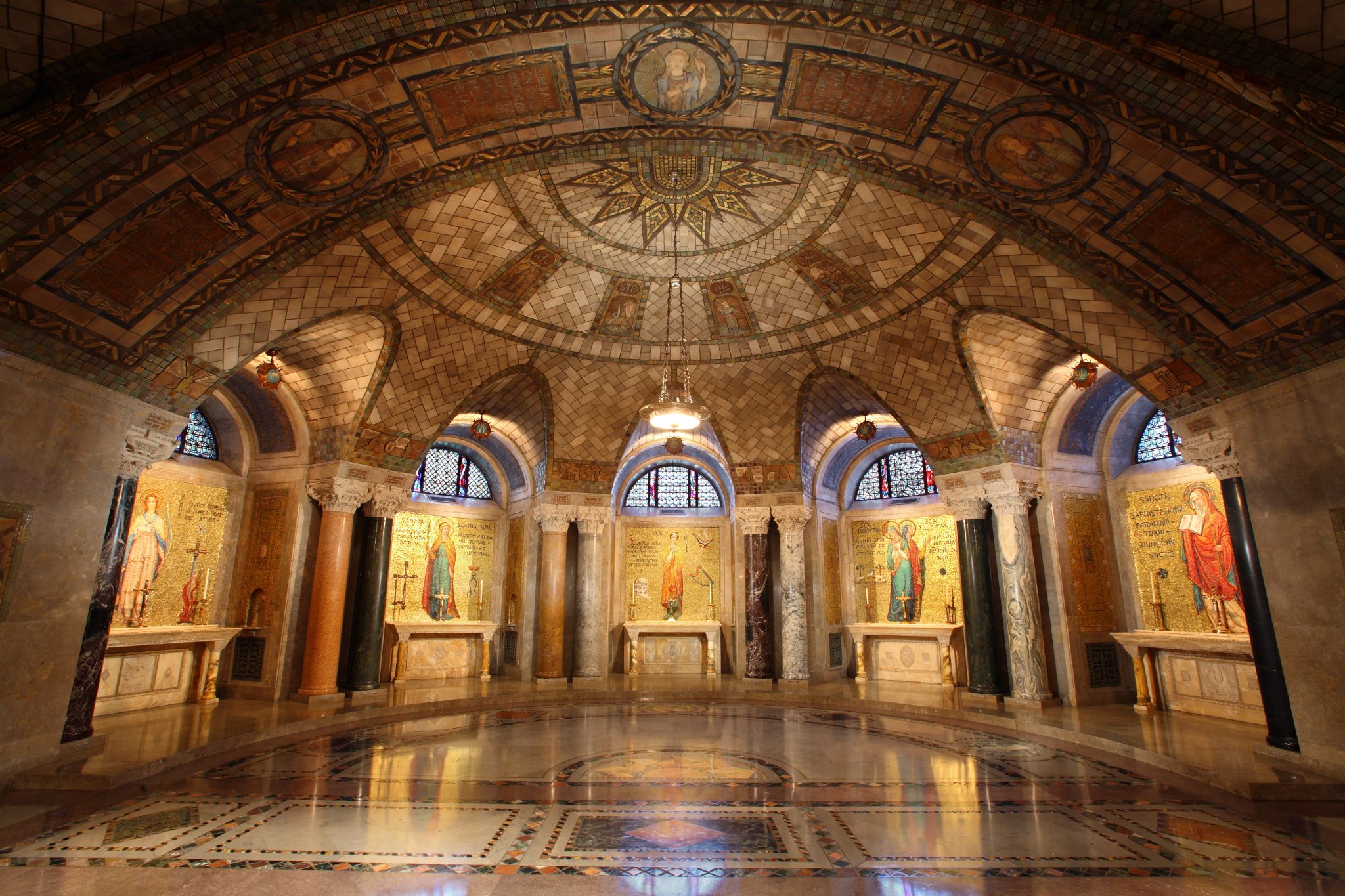 The west apse mosaics highlight women saints who were martyred for their faith. Saints Anastasia, Perpetua and Felicity, Cecilia, Agatha, and Agnes all suffered terribly at the hands of their persecutors but remained steadfast in their faith. Learn more about the saints of the west apse and virtually explore where they are featured in this post. 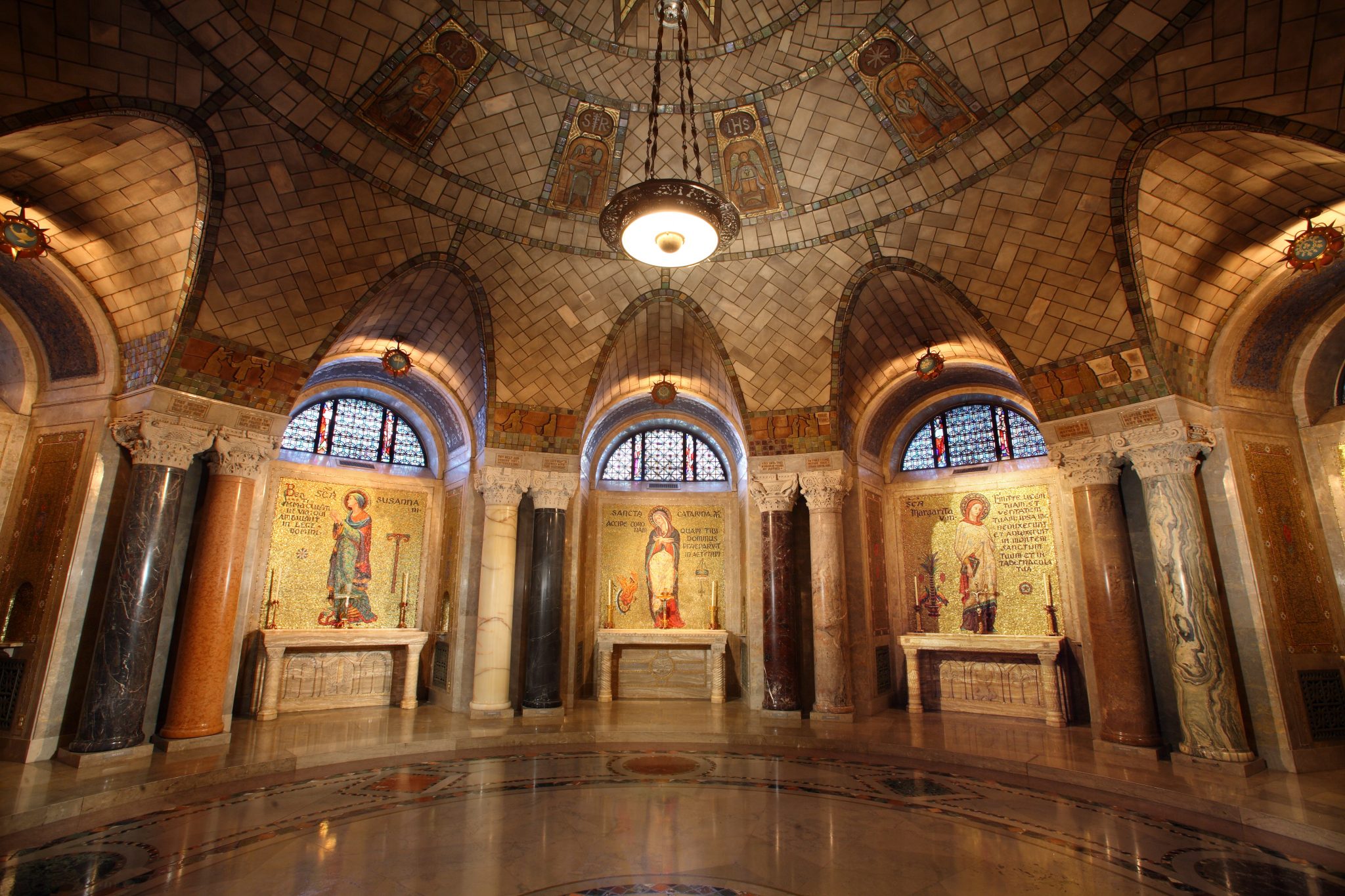 The east apse features additional women saints: Brigid of Ireland, Margaret of Antioch, Catherine of Alexandria, Susanna of the “Eternal City,” and Lucy. Each of these spirited women showed great faithfulness in their spiritual devotion — whether excelling in spiritual philosophy like St. Catherine, founding a monastery system like St. Brigid, or being disowned by their loved ones like St. Margaret. Learn more about the saints of the east apse and virtually explore where they are featured in this post. 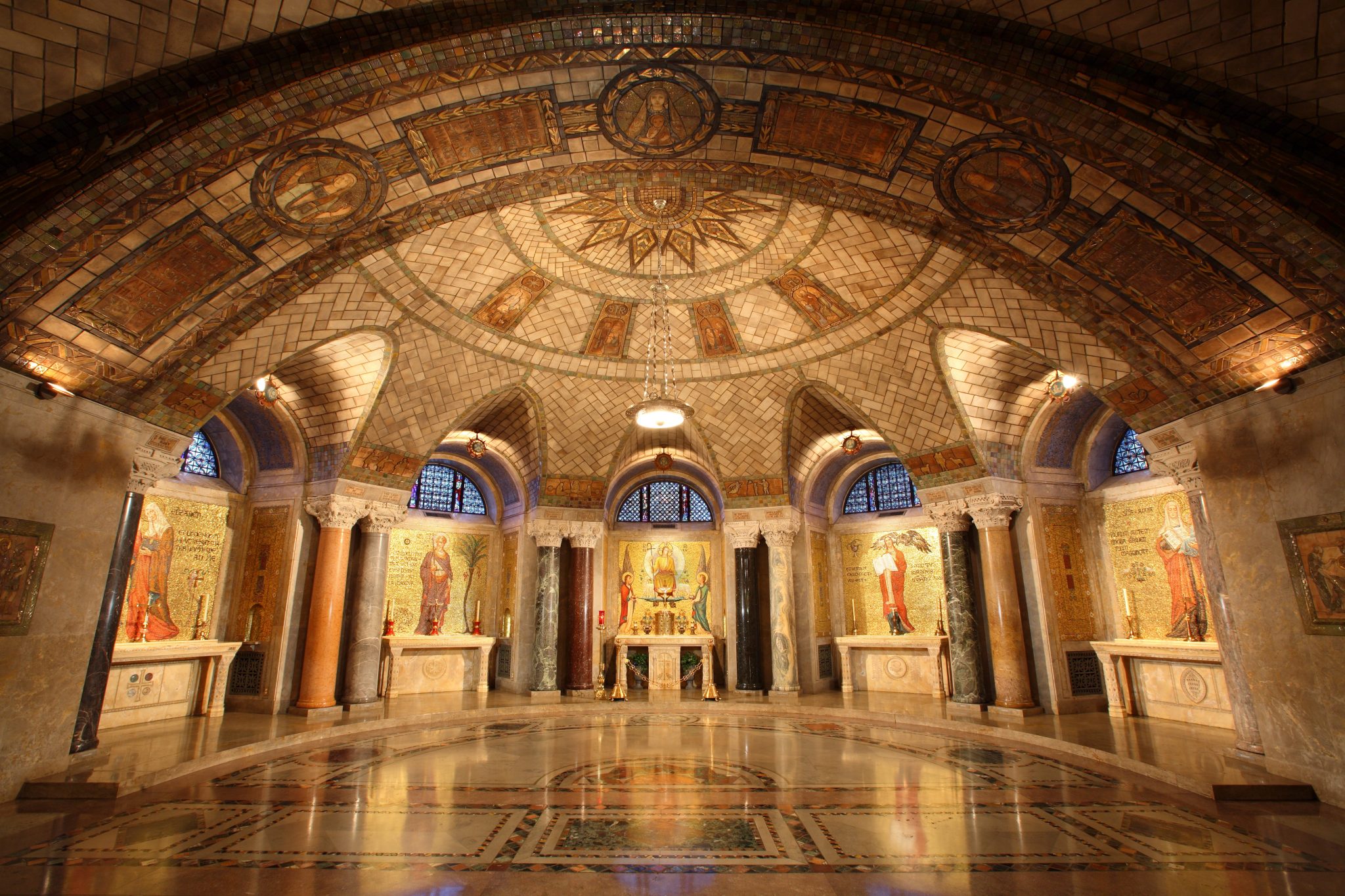 The centerpiece of the Crypt Church, the North Apse features mosaics that follow the theme of “The Promise” and contain individuals related to Jesus and His ministry. The Good Shepherd mosaic was the first to be completed at the Basilica, and depicts Christ as our Shepherd, flanked by lambs. The other mosaics feature St. Anne, St. John the Evangelist, St. Joseph, and St. Elizabeth.

St. Michael the Archangel: Warrior and Protector
Touring the Basilica: What You Need to Know