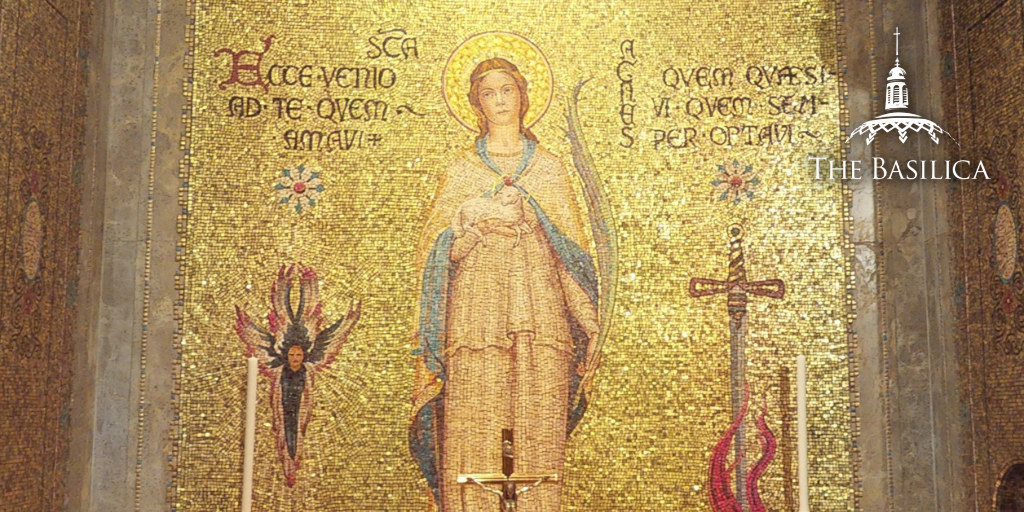 Celebrated on January 21, St. Agnes is a martyr from the early Church in Rome. Though she was only a young girl when she faced death, her devotion to her faith is an example to all of us as we face adversity. She is the patron saint of engaged couples, victims of sexual abuse, and gardeners.

The Life of St. Agnes

St. Agnes was a believer living in Rome at the end of the third century. The governor’s son wanted to marry her, but she felt called to a different life. When she refused to marry him, pledging herself to Christ and taking a vow of virginity, he demanded that she be dragged naked through the streets to a brothel. Tradition holds that, as she was being dragged through the streets, her hair grew miraculously to cover her nakedness, and an angel prevented her tormentors from bringing her into the brothel. However, though she was spared the disgrace of the brothel, she was later beheaded.

The Example of St. Agnes

St. Agnes is an example of completely dedicating one’s life to Christ. She was willing to suffer and die for her faith when she could have lived a life of comfort and prominence as the wife of the governor’s son. As Pope Benedict XVI said:

Martyrdom — for St Agnes — meant generously and freely accepting to spend her young life totally and without reserve to ensure that the Gospel was proclaimed as the truth and beauty that illuminate existence. In Agnes’ martyrdom, which she courageously embraced in the Stadium of Domitian, the beauty of belonging to Christ without hesitation and of entrusting ourselves to him shines out forever.

The St. Agnes Chapel at the Basilica

In the Basilica, the mosaic of St. Agnes depicts her holding a lamb, which is a symbol of both her purity and her status as a bride of Christ. The frontal of the altar displays another lamb, along with a dove bearing Agnes’s soul to heaven. The Latin text of the mosaic translates “Behold now I come to you whom I have loved, whom I have sought, and for whom I have always longed”.