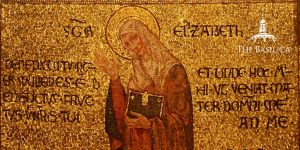 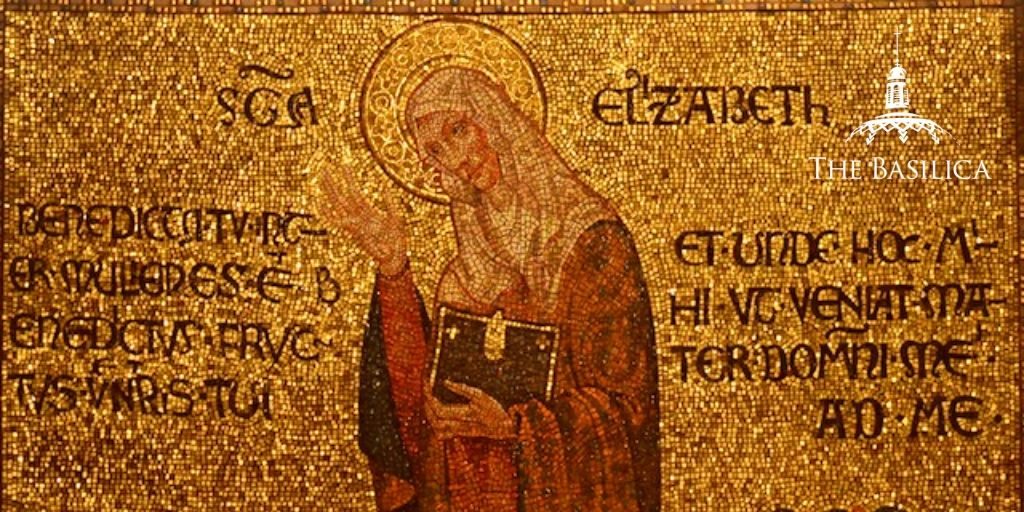 On November 5, we celebrate the Feast of Saint Elizabeth, the mother of John the Baptist. Saint Elizabeth was also related to Mary, whose pregnancy story intersects with her own. It was upon Mary’s visit that Elizabeth called Mary blessed, and Mary responded with what we now know as the Magnificat.

According to the Gospel of Luke, Elizabeth and her husband, a Jewish priest named Zechariah, lived in Judea, and were “blameless” in the sight of the Lord. However, Elizabeth was barren for a very long time – something which in her time was looked upon as a consequence of sinful behavior. But God had a plan for her and Zechariah. One day, Zechariah was burning incense in the sanctuary when the angel Gabriel appeared to him. Gabriel told him that his wife would conceive a son who would turn the children of Israel to the Lord. As Zechariah and Elizabeth were both advanced in years, Zechariah asked the angel how this could possibly be. Because of his incredulity, the angel made Zechariah mute until his son was born and named.

The Connection of Elizabeth’s Story and Mary’s Story

Elizabeth’s story is closely tied to Mary’s. During the sixth month of Elizabeth’s pregnancy, the angel Gabriel appeared to Mary to tell her that she would conceive the Savior of the world. When she asked how it could possibly be, as she was a virgin, the angel reassured her, mentioning Elizabeth in his response:

And behold, Elizabeth, your relative, has also conceived a son in her old age, and this is the sixth month for her who was called barren; for nothing will be impossible for God. (Luke 1:36)

After seeing the angel Gabriel, Mary traveled to Judah to visit Elizabeth. When the two met, Elizabeth’s child “leapt in her womb,” and she exclaimed:

Most blessed are you among women, and blessed is the fruit of your womb. And how does this happen to me, that the mother of my Lord should come to me? For at the moment the sound of your greeting reached my ears, the infant in my womb leaped for joy. Blessed are you who believed that what was spoken to you by the Lord would be fulfilled. (Luke 1:42-45)

Mary responded with what we now know as the Magnificat, and she remained with Elizabeth for three months before returning home.

The Birth of John

When her pregnancy came to term, Elizabeth gave birth to a son and there was great rejoicing. Her relatives insisted that she name the child after his father, but she replied, “No. He will be called John” (Luke 1:60). Yet the relatives remained obstinate, asking Zechariah what he would like the child to be called. Still silenced from Gabriel, he wrote on a tablet, “John is his name.” Immediately, Zechariah was able to speak once more, and he blessed God. John, Jesus’ cousin, would go on to play a significant role in Jesus’ ministry, as “John the Baptist” and one of Jesus’ close disciples.

Saint Elizabeth is featured in the Basilica in the South Entrance, the St. Elizabeth Chapel, in the Pewabic rondel ceiling in the Northern Apse of the Crypt Church (pictured left), in the East Chancel Clerestory Window, and in the Rosary Garden.

Reflecting on Veterans Day and the Patron Saint of Soldiers
Saint Charles Borromeo: a “Light of Charity”