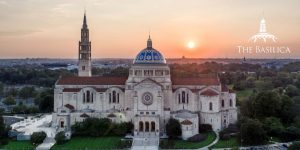 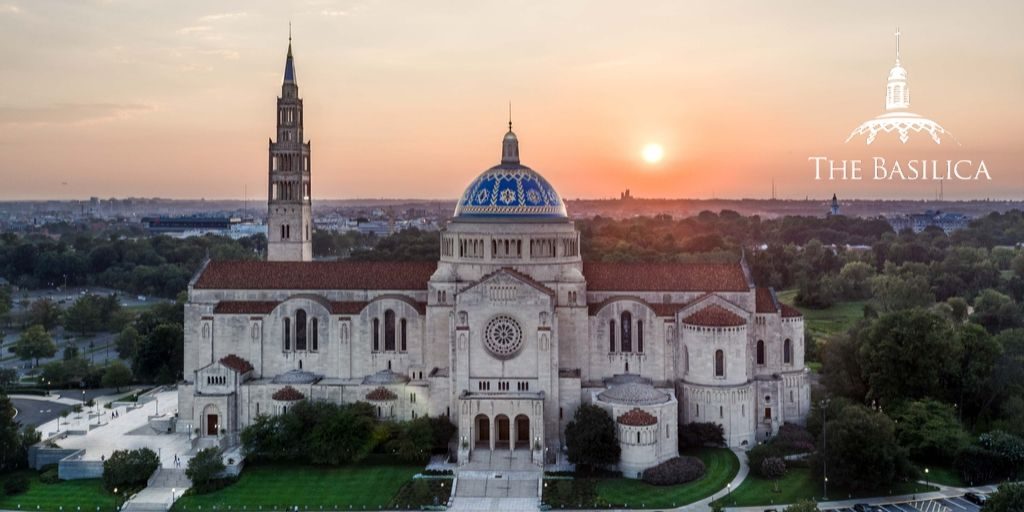 Since its dedication, the National Shrine has continued to grow and change with the addition of new chapels and oratories, as well as various ornamentations including the Incarnation, Redemption and Trinity Dome mosaics. But one thing stays the same: the National Shrine continues to hold a special place in the hearts of Catholics across America.

As Saint Pope John Paul II remarked so eloquently during his visit to the Basilica in 1979:

This Shrine speaks to us with the voice of all America, with the voice of all the sons and daughters of America, who have come here from … various countries…. When they came, they brought with them in their hearts the same love for the Mother of God that was characteristic of their ancestors and of themselves in their native lands. These people, speaking different languages, coming from different backgrounds of history and traditions in their own countries, came together around the heart of a Mother they all had in common.

Through the generosity of generations of American Catholics, the Basilica stands as our nation’s preeminent Marian shrine and patronal church, rivaling the great sanctuaries of Europe and the world, not only in size and stature, but also in beauty, dignity, and sanctity. The Basilica has been a century in the making. Although the foundation stone was laid in 1920, this great Shrine seems to have been conceived of as early as 1846, the year the Bishops of America declared the Blessed Virgin Mary the patroness of the United States under her title of the Immaculate Conception. That year, the Lowell Courier Journal, a newspaper in Massachusetts, wrote of “a magnificent Catholic Church to be built at Washington, D.C. after the manner of the great cathedrals of the Old World from subscriptions of every Catholic Parish in America.”

The National Shrine has been at the center of many monumental moments for American Catholicism. Pope Francis, Pope Benedict XVI, Saint Pope John Paul II, and Saint Mother Teresa of Calcutta, among others, have visited the Basilica. In 2015, Pope Francis presided over the first canonization ever to take place on American soil, that of Saint Junípero Serra, in an outdoor Mass on the East Portico of the Basilica.

For 60 years, Mary’s Shrine has invited people from across the country and beyond into the saving moment of faith, hope, and charity, so that they may be reconciled and transformed into living symbols of Christ’s presence in the world. It is here that the faithful continue to gather to worship God, give honor to Mary, and are sent to spread God’s word wherever they go.

Learn More about the History of the Basilica

Affectionately referred to as America’s Catholic Church, the Basilica of the National Shrine of the Immaculate Conception has been a century in the making. From the laying of its foundation stone in 1920 to the completion of the Trinity Dome in 2017, the Basilica stands as a testament to the faith of generations of American Catholics.

Explore the Basilica's History
Why We Celebrate the Solemnity of Our Lord Jesus Christ, King of the Universe
Grateful to God: The Priests of the Basilica Share What They Are Thankful for