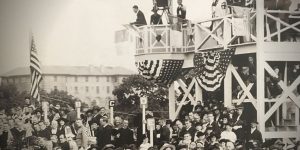 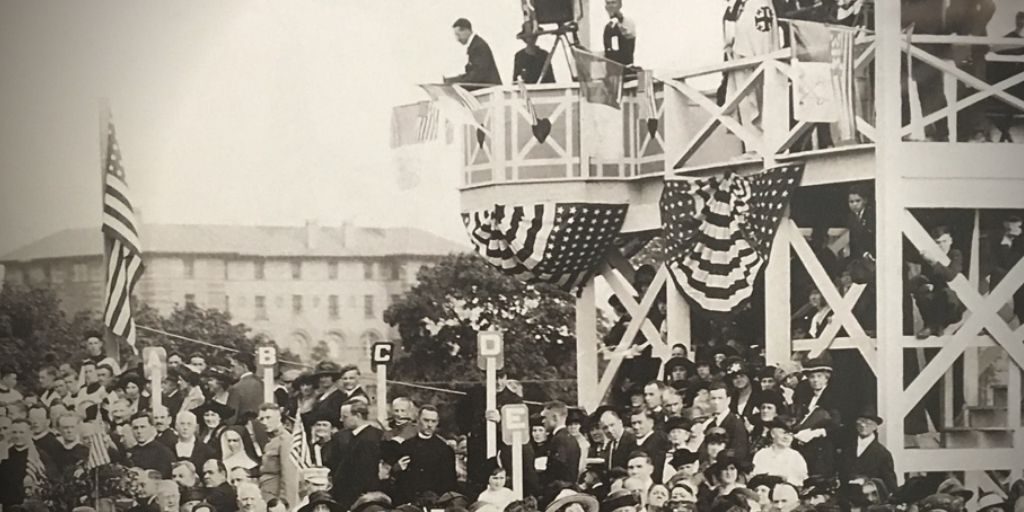 September 23 is a momentous day in the history of the National Shrine, especially as we prepare to commemorate our centenary in 2020. On this day in 1920 – 99 years ago – Cardinal Gibbons dedicated the foundation stone, marking the birth of the National Shrine. After years of planning, Catholics across the United States rejoiced as the vision for a national Catholic shrine began to be realized. 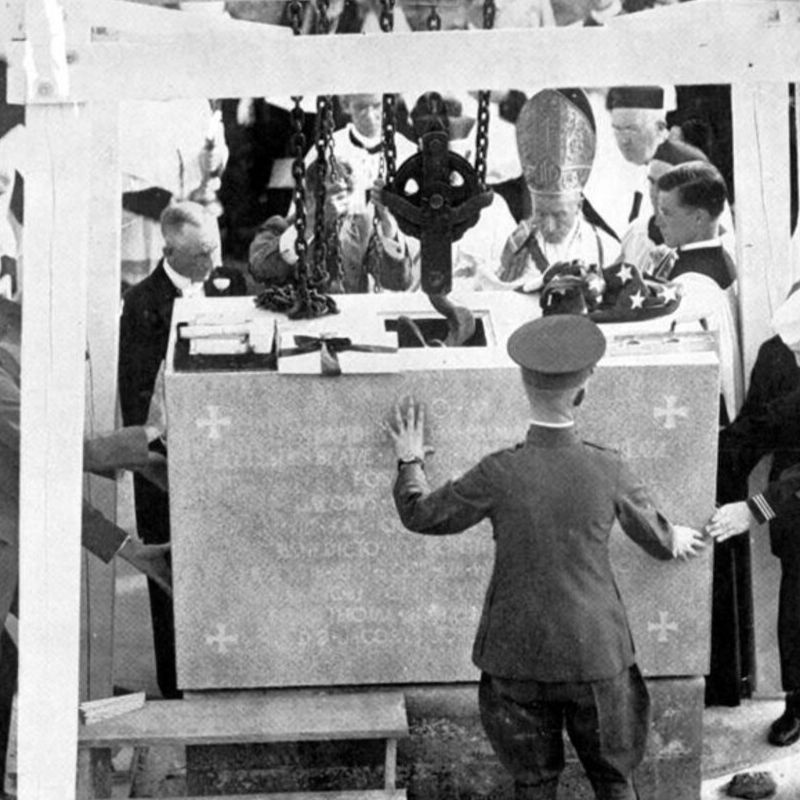 Weighing four tons, the foundation stone was sandblasted out of New Hampshire granite. It was transported over 1,540 miles to Washington D.C. by truck. According to granite supplier James Sexton, the trip proved to be very eventful. Not only did they stop along the way at over 40 churches and schools, including St. Patrick’s Cathedral and Fordham College in New York, at one point during the trip, the brakes on the truck carrying the stone went out. He wrote in a letter to the bishop,

I think how lucky we were to travel so far, in all 1540 miles, without any accident and I shall always reverence the Blessed Virgin Mary as I have told many…how she protected us at Perryville Road [near the Susquehanna River] when [the brakes on] our Auto Truck [proved unmanageable and we] dashed down the hill at fully 40 miles an hour.

As the stone was laid at the building site, over one thousand people gathered to watch. Cardinal Gibbons placed his right hand on the stone and prayed, “In the faith of Jesus Christ, we place this first stone in the foundation,” and blessed the stone three times as it was lowered onto its cement base. He then faced the direction of what would become the entrance to the National Shrine, invoking the divine blessing on the structure and reciting the Veni Creator Spiritus. The dedication service concluded with the singing of the Te Deum.

Learn More about the History of the Basilica

Affectionately referred to as America’s Catholic Church, the Basilica of the National Shrine of the Immaculate Conception has been a century in the making. From the laying of its foundation stone in 1920 to the completion of the Trinity Dome in 2017, the Basilica stands as a testament to the faith of generations of American Catholics.