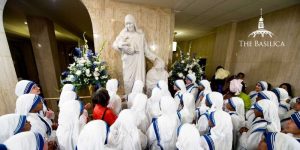 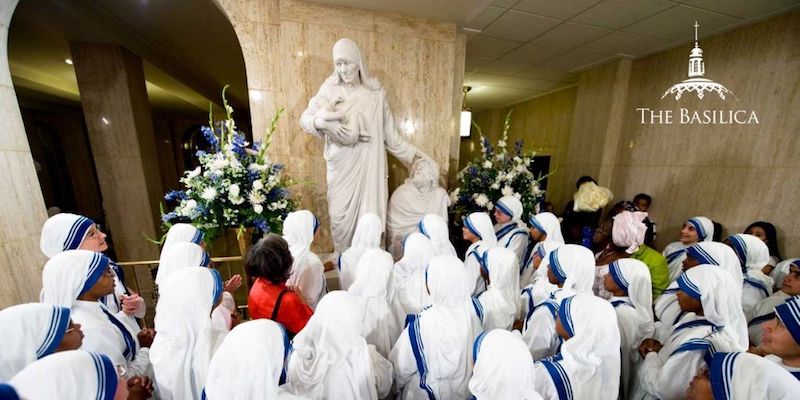 On September 5, we celebrate the feast day of Saint Mother Teresa of Calcutta. Born Gonxha Agnes Bojaxhiu in 1920, Mother Teresa joined the Sisters of Loreto in 1928. On a train ride to Calcutta to become a teacher at St. Mary’s School, she received what she described as her “call within a call.” She felt strongly that she was supposed to devote her life to caring for the poor.

Founding the Missionaries of Charity

Following this pivotal spiritual realization, Mother Teresa later founded the Missionaries of Charity and began to minister throughout the slums of Calcutta. This order of nuns went on to send women to minister to those living in poverty all across the world.

The impact of her ministry was so significant that she was awarded the Nobel Peace Prize in 1979. Additionally, Pope (now Saint) John Paul II waited only two years after her death to beatify her, instead of the customary five years.

Despite her international renown, Mother Teresa remained humble and continued her daily pattern of ministry. She stated:

Holiness is not the luxury of the few. It is a simple duty for you and for me…Find your own Calcutta. Don’t search for God in far lands – he is not there. He is close to you, he is with you.

Mother Teresa and the Basilica

In 1972, Mother Teresa visited the Basilica for the first time. This would be one of several visits by the saint, the last of which was in 1995, only two years before her death. Many of her Missionaries of Charity have also made their vows at the Shrine.

She is depicted in multiple areas of the Basilica, including the Lower Sacristy window of the Crypt Church, Hall of American Saints, the Trinity Dome Mosaic, and the Universal Call to Holiness.

In honor of the Memorial of Saint Teresa of Calcutta, we invite you to Light a Candle at the National Shrine. Vigil candles burn in the chapels throughout the Upper Church and lower crypt level of the National Shrine, representing the faith and prayers of the supplicants.

Light a candle
Why Come on Pilgrimage to the Basilica?
What Is It Like to Compose for the Basilica? A Conversation with Director of Music Peter Latona