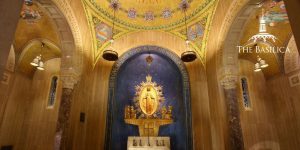 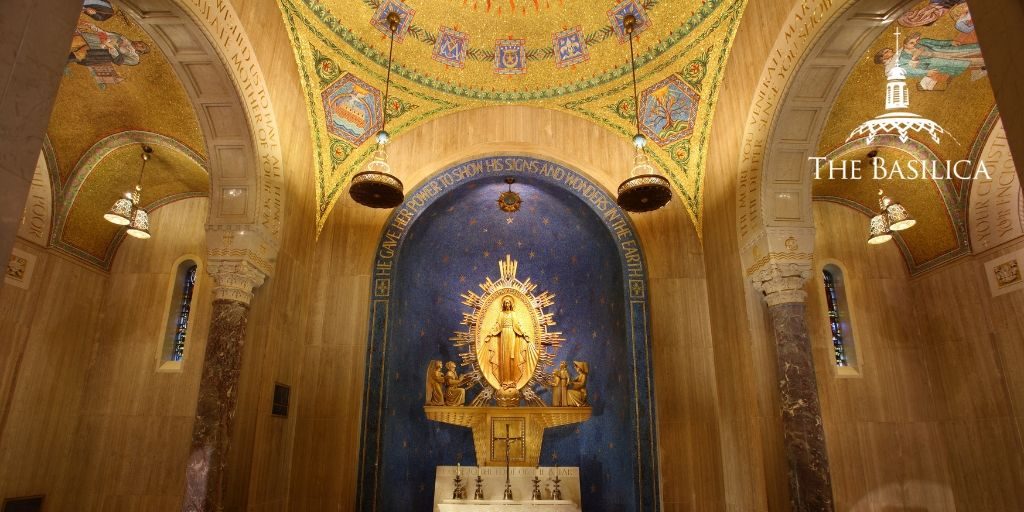 On November 27 and 28, we celebrate the gift of the Miraculous Medal, and honor Saint Catherine Labouré, who first received this devotion of protection and blessing in 1830. 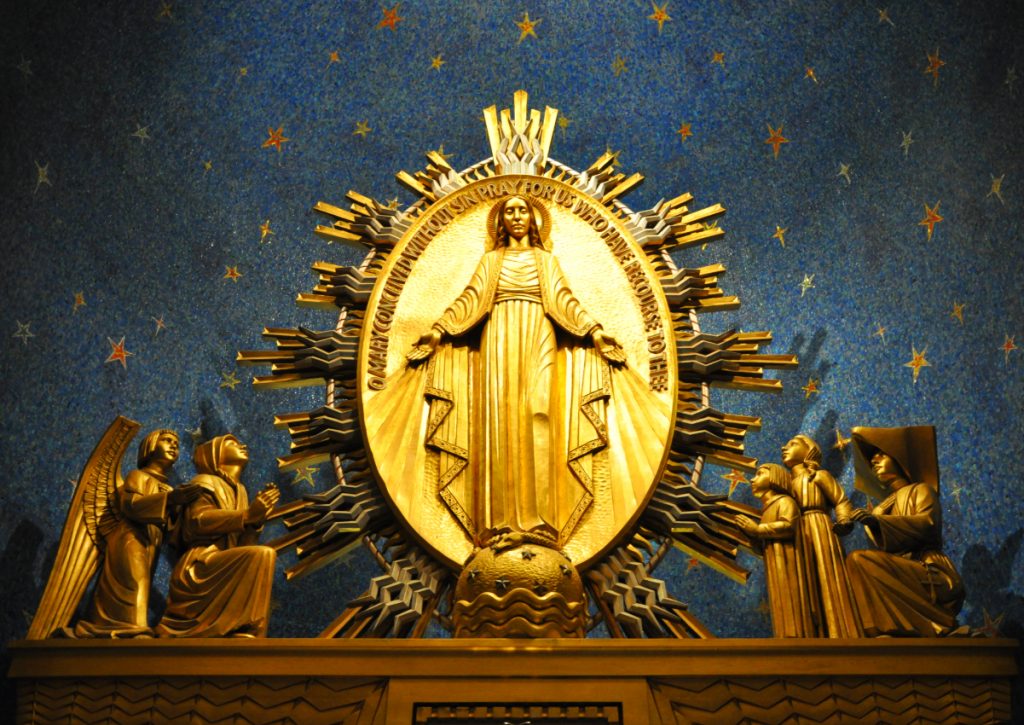 Catherine was a nun at the convent of the Sisters of Charity of St. Vincent de Paul at Châtillon-sur-Seine in France. She was fast asleep one night when she was suddenly awoken by a luminous child. She got up and followed the child down the hall to the chapel where she saw an even more brilliant figure: the Blessed Mother. After a two-hour conversation with Mary, Catherine went back to bed. Months later, Catherine saw Mary once more in an image of splendor. On one side, she saw the Blessed Mother standing atop a globe, her hands emanating beams of light. On the other side, was a cross with an “M,” and two hearts – one with a crown of thorns, and the other with a sword through it. Catherine heard Mary tell her to fashion after the image a medal which would provide protection and fill with grace those who wore it.

Although Catherine only told her confessor of the phenomenon, he had the image made into a medal in 1832, and that year, 1,500 copies of it were produced. Today, millions of the faithful wear the medal, which has continued to be produced and is immensely popular.

Official investigations into her visions determined them to be authentic, but Catherine insisted on remaining anonymous during her lifetime, continuing to live in selfless service, caring for the elderly and managing the convent.

The Chapel of the Miraculous Medal

The Basilica celebrates this history and Marian devotion, honoring the Blessed Mother in the chapel of the Miraculous Medal. The gilded carved reredos, central to the chapel, portray Our Lady as she appeared to Catherine. The left tableau shows Catherine, dressed as a novice and accompanied by her guardian angel, kneeling before the apparition of the Blessed Mother. The right tableau shows Catherine wearing the coronet of a professed Daughter of Charity, accompanied by two children. On the marble plaque beneath the images is etched the words of the Blessed Mother to Catherine: “Come to the foot of the altar.”

Pope Pius XII once said of the Miraculous Medal:

[E]veryone is familiar today with the ‘miraculous medal.’ This medal, with its image of ‘Mary conceived without sin,’ was revealed to a humble daughter of Saint Vincent de Paul whom We had the joy of inscribing in the catalogue of Saints, and it has spread its spiritual and material wonders everywhere.

Join us for the Miraculous Medal Novena every Wednesday at 5:00 p.m. in the Crypt Church.

Who Was the First Disciple to Be Called by Jesus?
Why We Celebrate the Solemnity of Our Lord Jesus Christ, King of the Universe