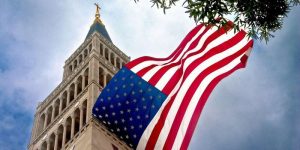 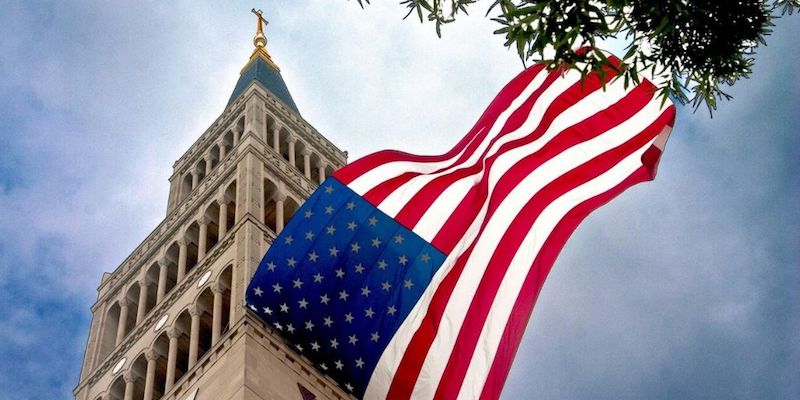 “Blessed are the peacemakers,
for they will be called children of God.” – Matthew 5:9

Because of his love of peace, St. Martin of Tours’ feast day has traditionally been used as a day to sign peace treaties. One of the most significant of these treaties was the Treaty of Versailles, which ended World War I. As we celebrate Veterans Day, we remember him and others who have fought to protect us and restore peace in the world.

Born in Hungary, St. Martin of Tours was drafted into the Roman army at the age of fifteen. As a young soldier, St. Martin was discontent with his military life. He began learning about Christianity and felt that it promoted a message of peace and consideration for one’s fellow man that was inconsistent with life as a Roman soldier.

He converted to Christianity after an encounter with a beggar in Amiens, France during the cold of winter. St. Martin felt compelled to tear his cloak in two and give the beggar half; later that night, he had a dream that Jesus was wearing the other half of his cloak. The dream inspired him to become baptized immediately. Following his conversion, he remained in the army, but refused to fight and was imprisoned on charges of cowardice.

When released from prison, he lived for a time as a hermit on an island in the Gulf of Genoa, then founded the first monastery in Gaul. Despite his protestations, he was eventually made Bishop of Tours, but still lived the life of an unassuming monk. He was instrumental in reaching out to unchurched people in the countryside, bringing the Gospel to many who might not otherwise have heard.

May St. Martin help us to understand that only by means of a common commitment to sharing is it possible to respond to the great challenge of our times: to build a world of peace and justice where each person can live with dignity. This can be achieved if a world model of authentic solidarity prevails which assures to all inhabitants of the planet food, water, necessary medical treatment, and also work and energy resources as well as cultural benefits, scientific and technological knowledge.

May we look to the example of St. Martin of Tours, willingly making sacrifices for the good of our neighbors and seeking peace during troubled times. On this Veterans Day, we thank all of the individuals who have served in the United States Armed Forces, fighting for justice and working to restore peace in our world.

At the Basilica, St. Martin of Tours can be found on the West Façade.

Presentation of the Blessed Virgin Mary: Preparing to Become the Mother of God
Celebrating the Feast of Saint Elizabeth