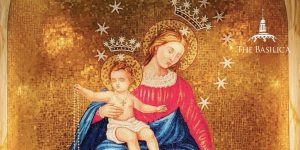 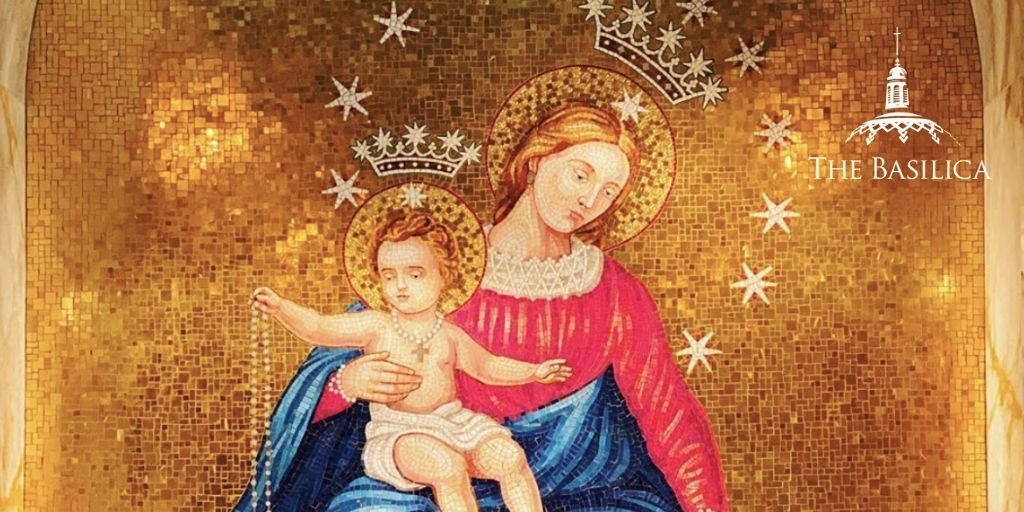 On January 1, we celebrate the Solemnity of Mary, Mother of God, honoring Mary’s role as the Mother of God. This day also gives us the opportunity to reflect upon the mystery of the incarnation. As Matthew 1:23 tells us:

“Behold, the virgin shall be with child and bear a son,
and they shall name him Emmanuel,”
which means “God is with us.”

Mary played a critical part in the story of divine redemption, bearing the Christ Child. Born of Mary, God became human to take our sin upon himself.  As Pope Francis said in 2019 of the Solemnity of Mary, Mother of God:

Today is also a day to be amazed by the Mother of God. God appears as a little child, held in the arms of a woman who feeds her Creator… God is no distant lord, dwelling in splendid isolation above the heavens, but love incarnate, born like us of a mother, in order to be a brother to each of us, to be close to us: the God of closeness.

Mary’s attitude was one of unhesitating obedience as she accepted the role God ordained for her in bringing a Savior into the world and raising him as he grew both “in wisdom and stature.” (Luke 2:52)

Mary as Mother of God in the Basilica

In the Basilica, we see many examples of Mary depicted as Mother of God – the Theotokos. These depictions fall into two main categories: the Hodegetria – “she who shows the way” or “the guide”; and the Eleousa – “the one who shows mercy” or the “tender touch.”

“The guide” shows the Theotokos cradling the Christ Child while pointing towards him with her right hand. As Mary presents her son, the source of salvation, to the world, the Child raises his right hand in blessing, holding the New Testament in the other hand. This posture symbolizes Jesus’s divine authority to bless and to teach. There are many images of Mary as “the guide” in Mary’s Shrine, including Our Lady of Czestochowa Chapel, Our Lady of Mariazell Chapel, and Our Mother of Africa Chapel.

The “tender touch” shows Theotokos with the Christ Child, cheek to cheek, a moment of affection and tenderness between mother and son. Jesus focuses his attention on his mother, embracing her. This is the most intimate style of Marian images. In the National Shrine, we see the tender touch depicted in Our Lady of Brezje Chapel, the Holy Family Oratory, and Mother of Good Counsel Chapel. The Mother of Perpetual Help Chapel also falls in this category, even though the “tender touch” is in the hands: the Christ Child clings to the right hand of his mother.

At the beginning of this new year, we entrust to the Blessed Virgin Mary all of the intentions held deep within our hearts. It would be our honor to present your prayers to the great Mother of God by lighting a candle at the Basilica of the National Shrine of the Immaculate Conception in Washington, D.C.

We turn to Mary, the Mother of the Prince of Peace, asking her to obtain every grace and blessing for you during this new year through Jesus Christ, her Son.