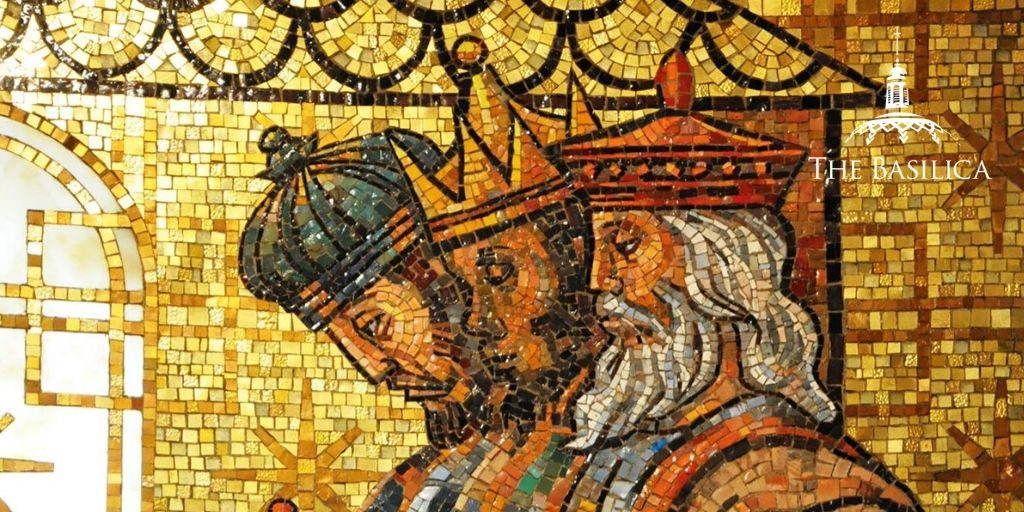 Epiphany celebrates the Magi’s journey to worship Jesus. It represents the coming of Jesus to all – to Gentiles and Jews alike. The Magi saw the star from afar and traveled to worship the Christ Child. They brought him gifts of gold, frankincense and myrrh – each of which tells us something about Jesus’ identity.

What the Bible Tells Us about the Magi

When Jesus was born in Bethlehem of Judea, in the days of King Herod, behold, magi from the east arrived in Jerusalem, saying,“Where is the newborn king of the Jews? We saw his star at its rising and have come to do him homage.”

After their audience with the king they set out. And behold, the star that they had seen at its rising preceded them, until it came and stopped over the place where the child was. They were overjoyed at seeing the star, and on entering the house they saw the child with Mary his mother. They prostrated themselves and did him homage. Then they opened their treasures and offered him gifts of gold, frankincense, and myrrh. And having been warned in a dream not to return to Herod, they departed for their country by another way. – Matthew 2:1-2, 9-12

Gold – the Kingship of Jesus

The magi’s gifts were not simply a demonstration of wealth – they conveyed deeper meaning. The gold represents Jesus’ kingship. As Daniel 7:13-14 says:

As the visions during the night continued,
I saw coming with the clouds of heaven
One like a son of man.
When he reached the Ancient of Days
and was presented before him,
He received dominion, splendor, and kingship;
all nations, peoples and tongues will serve him.
His dominion is an everlasting dominion
that shall not pass away,
his kingship, one that shall not be destroyed. 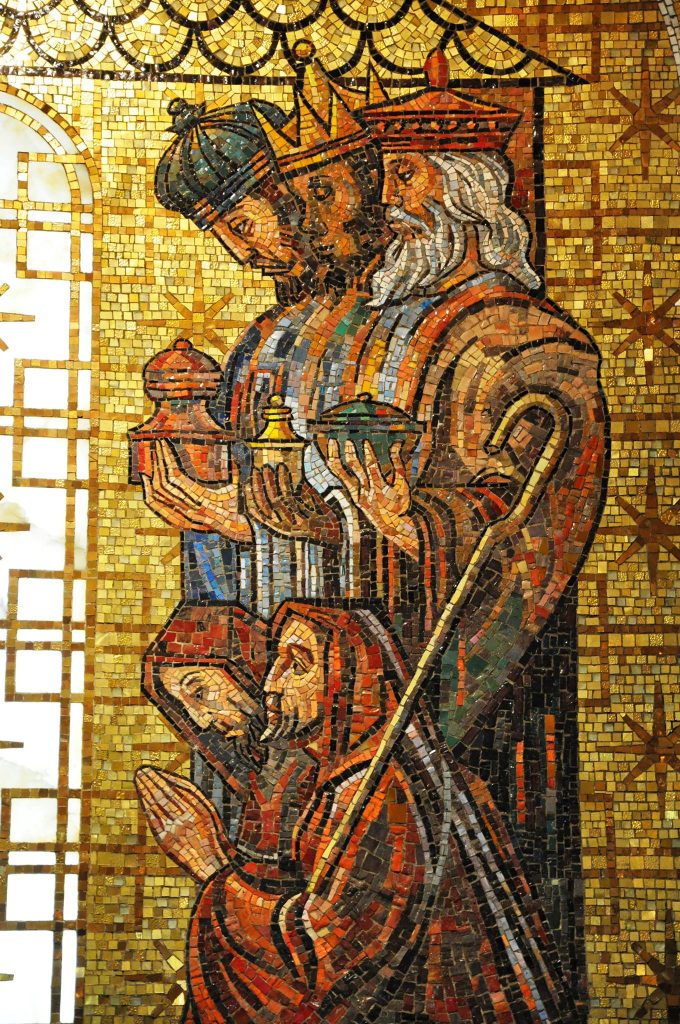 Jesus’ kingship transcends all earthly rulers – the Magi recognized that, and they came to worship him.

Frankincense – the Deity of Jesus

The frankincense represents Jesus’ deity. In the Old Testament, frankincense was traditionally burned in the temple as an offering to God (Leviticus 2:2). By bringing this gift, the Magi affirmed Jesus was no ordinary man; he is both fully man and fully God.

For in him dwells the whole fullness of the deity bodily, and you share in this fullness in him, who is the head of every principality and power.

Myrrh – the Death of Jesus

Commonly used to embalm bodies, the gift of myrrh foreshadows Jesus’ death. We see in John 19:38-40 that Nicodemus brought myrrh at the time of Jesus’ burial:

After this, Joseph of Arimathea, secretly a disciple of Jesus for fear of the Jews, asked Pilate if he could remove the body of Jesus. And Pilate permitted it. So he came and took his body. Nicodemus, the one who had first come to him at night, also came bringing a mixture of myrrh and aloes weighing about one hundred pounds. They took the body of Jesus and bound it with burial cloths along with the spices, according to the Jewish burial custom.

In this way, the full story of Jesus’ coming is revealed. Jesus was born so that we might have salvation. Through Jesus’ death, we have eternal life.

The Magi’s Gifts: Pointing to the Ultimate Gift

The gifts of the Magi illuminate the different aspects of Christ’s identity. He is king, he is God, and, in his marvelous grace, he died, so that we might live. As the Magi actively pursued Jesus, so too should we follow Christ without hesitation, letting him be our guiding star. As Pope Francis stated:

It is not enough to know where Jesus was born, as the scribes did, if we do not go there. It is not enough to know that Jesus was born, like Herod, if we do not encounter him. When his place becomes our place, when his time becomes our time, when his person becomes our life, then the prophecies come to fulfillment in us. Then Jesus is born within us. He becomes the living God for me. Today we are asked to imitate the Magi. They do not debate; they set out. They do not stop to look, but enter the house of Jesus. They do not put themselves at the center, but bow down before the One who is the center.

In the Basilica, the Magi are depicted in the Nativity Chapel in the Great Upper Church, as well as a column capital in the North Apse of the Crypt Church.

Who Was the First American to Be Canonized as a Saint?
Where to Find Mary Portrayed as the Mother of God in the Basilica