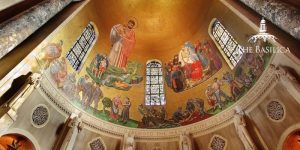 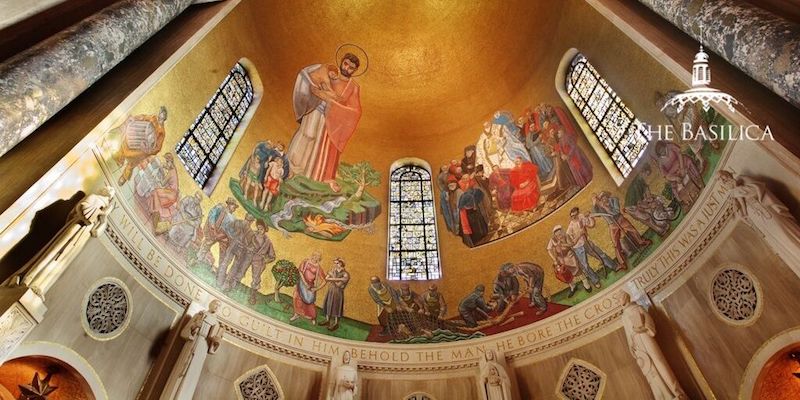 On October 4, we celebrate the Memorial of St. Francis of Assisi, one of the Catholic Church’s most venerated and beloved saints. St. Francis is known for his ministry to the poor and underprivileged, his care for nature and animals, and founding the Franciscan order.

Son of an affluent cloth merchant, St. Francis of Assisi lived in wealth and ease until God used a meeting with a leper to change his heart. While riding on horseback one day, he saw a man disfigured by the disease.  Overcome with pity, Francis was compelled to give him his cloak and kiss him.

After the incident, St. Francis began to turn his life toward God, and one day, while praying in a tiny dilapidated chapel, he heard a voice say to him, “Francis, repair my church.” While initially interpreting the command literally, he realized that the command reached beyond the physical church. Rejecting his wealth, he began to live a simple life, performing manual labor and ministering to the sick. 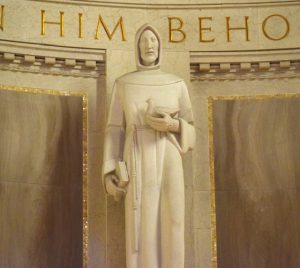 Father of the Franciscan Order

St. Francis initially faced ridicule in his community, but he was eventually joined by others, forming the Order of the Friars Minor. Their practices included living a lifestyle of poverty, demonstrating love for nature, animals, and their fellow human beings, and drawing closer to Jesus in their suffering. The order was officially recognized by the pope in 1210.

The teaching of St. Francis also inspired St. Clare of Assisi to devote her life to the faith. Upon hearing one of his sermons at the age of 17, she made the decision to become a nun. She later founded her own order, known as the Poor Clares.

Made Rich in Faith through Christ in Poverty

Though St. Francis was plagued by difficulties later in his life, including two failed pilgrimages to the Holy Land and the loss of his eyesight, he did not lose his positive outlook. He continued to find joy and peace in prayer and God’s creation.

This decision of Saint Francis was a radical way of imitating Christ: he clothed himself anew, putting on Christ, who, though he was rich, became poor in order to make us rich by his poverty (cf. 2 Cor 8:9). In all of Francis’ life, love for the poor and the imitation of Christ in his poverty were inseparably united, like the two sides of the same coin…

The Prayer of Saint Francis

Although the famous prayer of St. Francis is attributed to him, it has more recent origins. However, it still beautifully conveys the beliefs that he held:

O Divine Master,
Grant that I may not so much seek
To be consoled as to console;
To be understood, as to understand;
To be loved, as to love;
For it is in giving that we receive,
It is in pardoning that we are pardoned,
And it is in dying that we are born to Eternal Life.
Amen.

We can learn from the example of St. Francis in finding our peace in Christ, and by being good stewards of God’s creation, respecting and caring for it in all its forms – from plants and animals to our fellow human beings, who are created in God’s image.

St. Francis is the patron saint of ecology and the environment. In the Basilica, St. Francis is featured in the relief of the west portico and depicted in Trani marble in the east apse of the Upper Church. One of the bells in the Knights Tower is named after him as well; tuned to G, it strikes in the Westminster chimes every quarter hour from 8:00 a.m. to 8:00 p.m.

In honor of the Memorial of St. Francis of Assisi, we invite you to Light a Candle at the National Shrine. Vigil candles burn in the chapels throughout the Upper Church and lower crypt level of the National Shrine, representing the faith and prayers of the supplicants.