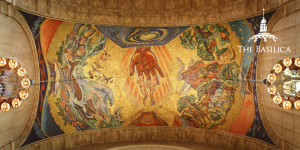 “Since the first century the Church has affirmed the moral evil of every procured abortion. This teaching has not changed and remains unchangeable. Direct abortion, that is to say, abortion willed either as an end or a means, is gravely contrary to the moral law.” (Catechism of the Catholic Church, No. 2271)

From the early days of the Church, Christians have set themselves apart from the culture by taking a stand for life. Learn more about the Church’s teachings on the unborn from the Apostolic Era to recent times.

The Early Church and the Unborn

The early Christian teachings the Didache (Teaching of the Twelve Apostles) and Letter of Barnabas condemned both abortion and infanticide, along with many local and regional church councils. Though the knowledge of biology was limited, abortion was seen as attacking a being with a soul, whose fate was determined by God.

St. Augustine affirmed these beliefs and cautioned against theories that the soul did not exist until well along into the pregnancy. He warned that limited knowledge should not result in accidental homicide. Later, St. Thomas Aquinas said that abortion should be opposed at any stage, as rejecting God’s gift of this new life is a sin against nature.

In the 19th century, scientists discovered the human ovum, leading to the understanding that a new human being is created at the union of egg and sperm. As a result, canon law was permanently changed so that no references to an “ensouled” or “unensouled” fetus remained. With the scientific determination that the earliest embryo has its own identity, the Church was further affirmed in its recognition of the fetus as a human life.

The Gospel of Life

In Evangelium Vitae, Pope John Paul II provided an eloquent and powerful call to the faithful to respect and protect every human life, including the unborn. He reminded us that life is inseparably connected to the God who created it:

“At work here is the certainty that the life which parents transmit has its origins in God. We see this attested in the many biblical passages which respectfully and lovingly speak of conception, of the forming of life in the mother’s womb, of giving birth and of the intimate connection between the initial moment of life and the action of God the Creator…

How can anyone think that even a single moment of this marvelous process of the unfolding of life could be separated from the wise and loving work of the Creator, and left prey to human caprice?”

He continued by affirming the inviolability of human life – and condemning any attempt to prematurely end that life:

“The deliberate decision to deprive an innocent human being of his life is always morally evil and can never be licit either as an end in itself or as a means to a good end. It is in fact a grave act of disobedience to the moral law, and indeed to God himself, the author and guarantor of that law; it contradicts the fundamental virtues of justice and charity…

Human life is sacred and inviolable at every moment of existence, including the initial phase which precedes birth. All human beings, from their mothers’ womb, belong to God who searches them and knows them, who forms them and knits them together with his own hands, who gazes on them when they are tiny shapeless embryos and already sees in them the adults of tomorrow whose days are numbered and whose vocation is even now written in the ‘book of life’. There too, when they are still in their mothers’ womb — as many passages of the Bible bear witness — they are the personal objects of God’s loving and fatherly providence.”

10 Verses About Life
Saints of the Crypt Church: A Virtual Tour – Part III