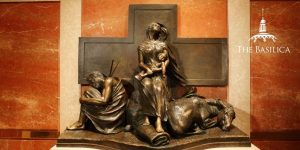 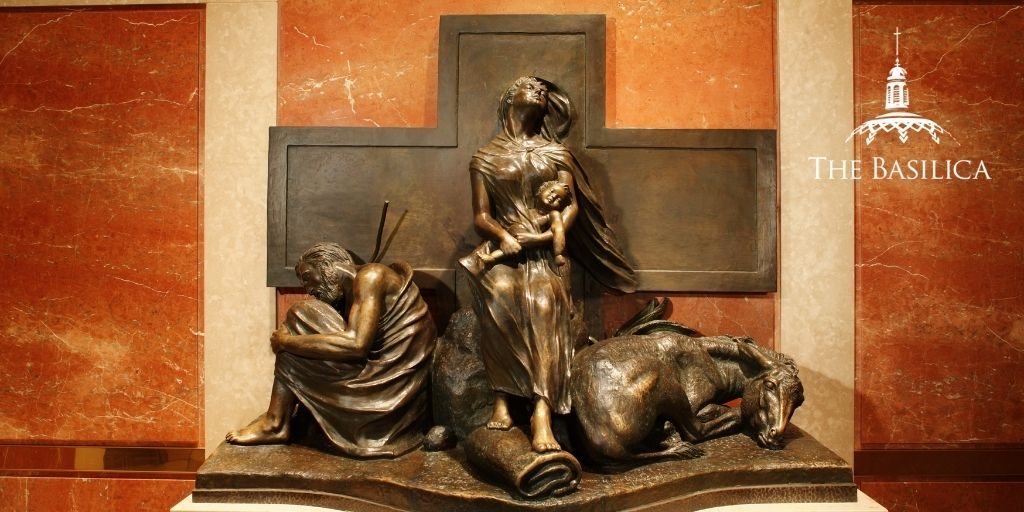 The Bible is filled with stories of married couples; how they were brought together, how their relationships were tested, and how their faith was strengthened. While none of their relationships are perfect, they all have something to teach us. As we approach St. Valentine’s Day, we are exploring what we can learn from the couples of the Bible about love, patience, and trust in God’s plans. Today’s post is the first installment in a two-part series. View Part I

Zechariah and Elizabeth lived during the reign of King Herod, and though they were becoming advanced in age, they had no children. Zechariah served as a priest, and both he and Elizabeth were righteous and upright before God.

One day, when Zechariah was chosen to enter into the sanctuary of the temple to burn incense before the Lord, an angel of the Lord appeared to him, and told him that his prayer had been heard — he and Elizabeth would have a child:

The angel said to him, “Do not be afraid Zechariah, because your prayer has been heard. Your wife Elizabeth will bear you a son, and you shall name him John. And you will have joy and gladness, and many will rejoice at his birth, for he will be great in the sight of [the] Lord. He will drink neither wine nor strong drink. He will be filled with the Holy Spirit even from his mother’s womb, and he will turn many of the children of Israel to the Lord their God. He will go before him in the spirit and power of Elijah to turn the hearts of fathers toward children and the disobedient to the understanding of the righteous, to prepare a people fit for the Lord.” — Luke 1:13-17

Zechariah replied in disbelief; he did not understand how he and his wife could have a child in their old age. As result, the angel made him mute. Elizabeth soon conceived and was visited by her cousin Mary. When Mary arrived, the child in Elizabeth’s womb leapt, and Elizabeth blessed her.

A few months later, Elizabeth gave birth to a son, and when they brought him to be circumcised at eight days old, her neighbors and relatives tried to convince her to name him after his father. Elizabeth responded that he would be called John, even though none of their relatives had the name. They asked Zechariah what they wished for the child to be called, and he wrote on a tablet that he should, in fact, be called John. Instantly he recovered his ability to speak and praised God. All of their neighbors were amazed and said that the child must be destined for great things, because the hand of the Lord was upon him.

We see from their example that even godly people doubt God at times, but God, in His providence, is greater than our doubts. Zechariah was a priest. He was close to the Lord, and he and his wife were described as “righteous in the eyes of God, observing all the commandments and ordinances of the Lord blamelessly” (Luke 1:6). Yet, he was so resigned to the fact that he wouldn’t have a child, that he couldn’t wrap his mind around the news that he would have a son — even when it was delivered to him by an archangel!

The Lord is still faithful to His promises, and He brought John to Zechariah and Elizabeth, even in their old age.

Mary and Joseph are perhaps one of the most familiar couples in the Bible because of their significant role in Jesus’ life. Joseph ignored the potential shame in remaining betrothed to Mary, and instead, listened to God, taking her as his wife:

Joseph her husband, since he was a righteous man, yet unwilling to expose her to shame, decided to divorce her quietly. Such was his intention when, behold, the angel of the Lord appeared to him in a dream and said, “Joseph, son of David, do not be afraid to take Mary your wife into your home. For it is through the Holy Spirit that this child has been conceived in her. She will bear a son and you are to name him Jesus, because He will save His people from their sins.” All this took place to fulfill what the Lord had said through the prophet:

“Behold, the virgin shall be with child and bear a son,
and they shall name him Emmanuel,”

which means “God is with us.” When Joseph awoke, he did as the angel of the Lord had commanded him and took his wife into his home. He had no relations with her until she bore a son, and he named him Jesus. — Matthew 1:19-25

Mary was equally strong during this difficult period of Jesus’ early life, trusting in God though everyone believed that she was pregnant out of wedlock.  She did not doubt as she traveled to Bethlehem with Joseph and gave birth in a stable, or when she and Joseph were forced to flee to Egypt as King Herod sought to have Jesus killed.

Mary and Joseph are a significant couple in the Bible, not only because they were parents to Jesus, but because they showed unwavering trust in God’s plan. They submitted to His will without questioning or hesitation, even though it was dramatically different than the plans that they had made. The difficulties didn’t end with Jesus’ unusual birth, but they continued to support each other and rely on God’s providence as they raised Jesus.

Lent: Why We Do What We Do — Part I
10 Verses for Couples