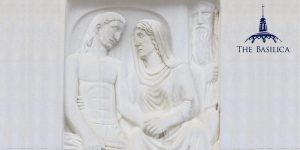 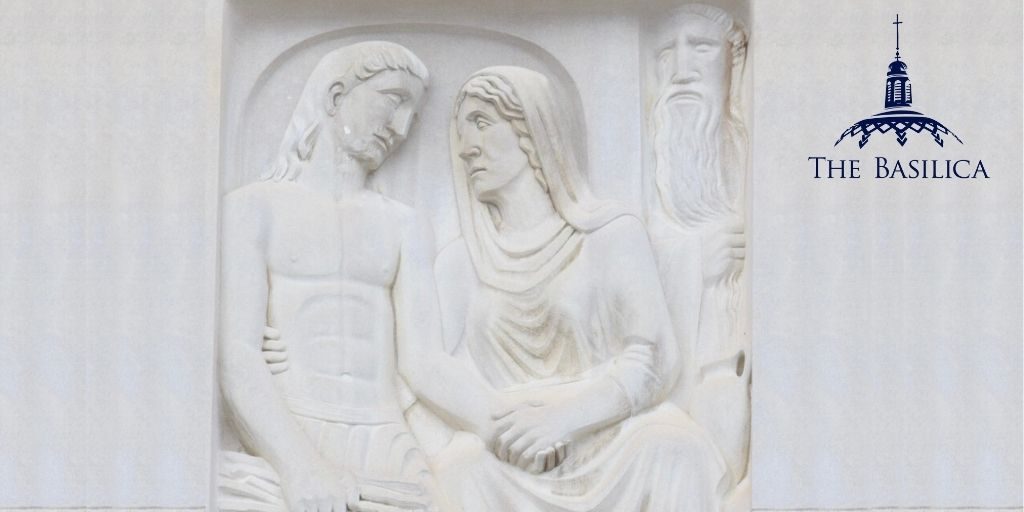 The Bible is filled with stories of married couples; how they were brought together, how their relationships were tested, and how their faith was strengthened. While none of their relationships are perfect, they all have something to teach us. As we approach St. Valentine’s Day, we are exploring what we can learn from the couples of the Bible about love, patience, and trust in God’s plans. Today’s post is the first installment in a two-part series.

Abraham and Sarah struggled to conceive children, and Sarah, giving up hope that she would bear a child, decided to bring her slave woman to Abraham so that she could have a child for them. However, when the child was born, Hagar became angry with Sarah, and Sarah in turn treated her badly. Hagar fled into the wilderness, where an angel of the Lord met her. The angel told her to return to Sarah, and that the Lord had heard her.

Years later, when Abraham was 99 years old, God appeared to him. He promised that Sarah would bear a child, and one day their descendants would number as many as the stars. When Sarah learned of the promise, she laughed, disbelieving that a woman of her age could bear a child. Yet, a year later, Sarah gave birth to Isaac.

Sarah then said, “God has given me cause to laugh, and all who hear of it will laugh with me.  Who would ever have told Abraham,” she added, “that Sarah would nurse children! Yet I have borne him a son in his old age.” — Genesis 21:6-7

God sustained Abraham and Sarah through many years of childlessness and marital difficulty, ultimately blessing them with the son they so desperately longed for. Their story is a testimony of God’s faithfulness even when we doubt His goodness and demonstrates His care and provision for us.

When Ruth’s husband died, she decided to accompany her mother-in-law Naomi back to Israel from Moab. As a stranger in a foreign land, with no male relatives to protect and provide for her, Ruth faced a difficult situation. But God blessed her and brought her to the fields of Boaz, who allowed her to reap as she needed for herself and her mother-in-law. When Boaz’s care for her became apparent, she presented herself at his feet on the threshing floor, asking him to be her redeemer. Boaz was able to redeem her and the land of her late husband and father-in-law, and together they had a son named Obed, who became the grandfather of David, and part of the lineage of Jesus.

Boaz was caring and protective of Ruth, even before they were married. He made sure that she was safe as she harvested in the fields, and that both she and Naomi had enough to eat. From his reaction when Ruth presented herself to him, he did not do it with the expectation of marriage — in fact, he was surprised that she would want to marry an older man like him:

He said, “May the Lord bless you, my daughter! You have been even more loyal now than before in not going after the young men, whether poor or rich. Now rest assured, my daughter, I will do for you whatever you say; all my townspeople know you to be a worthy woman. — Ruth 3:10-11

Ruth was a woman of loyalty and grace. She stood by her mother-in-law and respected her, even when Naomi was in deep despair and told her to return to her family. The women of Bethlehem even recognized her virtue, saying “She is worth more to you than seven sons!” (Ruth 4:15)

Not only is the story of Ruth and Boaz a beautiful example of sacrificial love, but of how God can take a hopeless situation and turn it into something glorious.

Hosea and Gomer are perhaps one of the strangest couples in the Bible. Hosea was a godly man and prophet, whom the Lord commanded to take a prostitute as his wife as a picture of the relationship between Him and Israel. Though Hosea knew she would be unfaithful, together they had three children: Jezreel, Lo-ruhamah, which meant “not-pitied”, and Lo-amni, which meant “not-my-people.” Gomer returned to her former lifestyle, leaving Hosea, but God commanded Hosea to bring her back, buying her back for “for fifteen pieces of silver and a homer and a lethech of barley” — the same price as a dowry for a new bride.

Hosea and Gomer’s tumultuous relationship is a picture of God’s faithfulness to Israel; though they neglected Him and whored after other gods and things of the world, He called them back to Himself:

The number of the Israelites
will be like the sand of the sea,
which can be neither measured nor counted.
Instead of being told,
“You are Not-My-People,”
They will be called,
“Children of the living God.” — Hosea 2:1

Most importantly, He provided the Messiah as the ultimate Redeemer of His people. Their relationship is a beautiful picture of how God is faithful even when we are not, loving us in spite of our sin.

A Prayer to Our Lady of Lourdes
10 Verses About Love