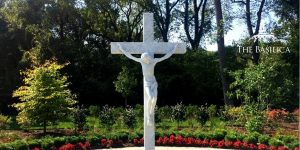 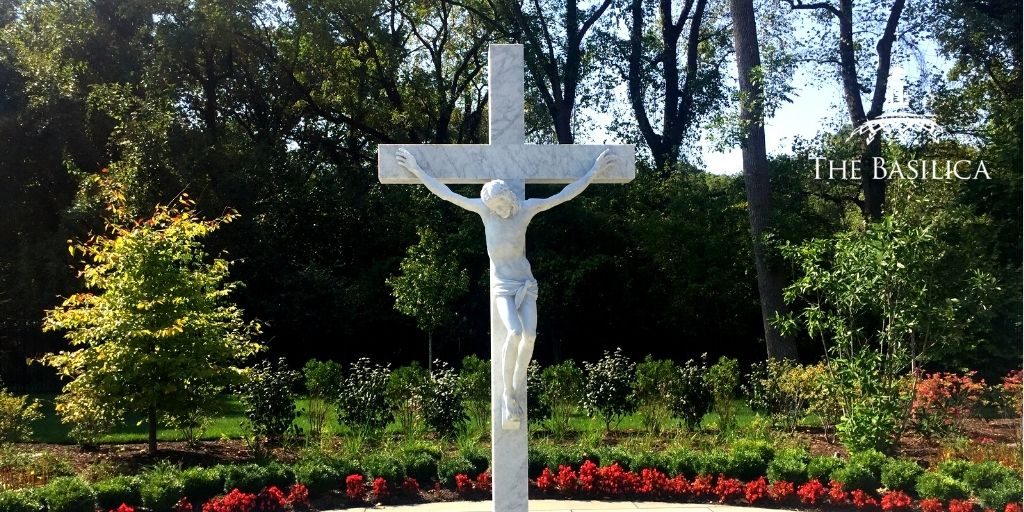 As we enter the Lenten season, the priests of the Basilica discuss the practices that we associate with Lent, why we do them, and why they are important. In this reflection, Monsignor Rossi explains why people associate pancakes with Shrove Tuesday, why we place ashes on our foreheads, why we “give up” things for Lent, and more. We hope that this series will inform your devotion as you observe Lent and help you better prepare your heart for Easter and the celebration of Christ’s resurrection!

Why is the Season of Lent important?

Throughout the history of the Church, the Season of Lent has been a time for Christians to manifest a sincere desire for conversion by examining their life, acknowledging their sin, repenting from sin, and doing their very best to be faithful to the Gospel message in order to conform themselves more perfectly to Jesus.

Lent is the Church’s preparation for Easter. It is also the time of purification and enlightenment for those who are part of the Rite of Christian Initiation of Adults (RCIA) seeking to be baptized or received into Full Communion with the Catholic Church at Easter.

For all of us, Lent is a time of spiritual renewal. It is a 40-day pilgrimage in which we strive to make concrete the words we hear on Ash Wednesday as the ashes are placed on our heads: “turn away from sin and be faithful to the Gospel!”

Is there more to Shrove Tuesday than pancakes?

Shrove Tuesday, Fat Tuesday, Mardi Gras, or Carnivale is the day before Ash Wednesday. Shrove comes from the Old English word “Shriven,” which means to have gone to Confession, been absolved, and received a penance. The practice of celebrating the Sacrament of Reconciliation is strongly encouraged during the Lenten Season and in some places, going to Confession is part of the preparation for Lent, thus the title “Shrove Tuesday.”

As for the pancakes, this is also an old English custom where fattening ingredients such as eggs, milk, and sugar were used up in the house before Lent began so they would not go to waste during the Lenten fast, and one of the easiest ways to do this was to make pancakes. Other countries have their own customs, such as making donuts, the traditional “King Cake” of New Orleans, the packi of Poland and the frappe, frittelle and migliaccio of Italy.

More importantly, Shrove Tuesday should be the day when we make an examination of conscience and see which areas of our life should be “shriven” during Lent and chart a course as to how to accomplish that during the next 40 days.

What is the significance of Ash Wednesday?

Ash Wednesday marks the beginning of Lent, the 40-day period of spiritual renewal during which, in the words of the prayer for the Blessing of Ashes, we hope to “gain pardon for sins and newness of life.”

We begin our Lenten journey by having ashes placed on our heads as an outward sign, which stems from the Biblical tradition of covering oneself with ashes as a symbol of mourning, contrition, and penance.

In the Old Testament, in addition to covering themselves with ashes, people wore sackcloth. Unlike our comfortable cotton shirts, sackcloth was very uncomfortable and served as a constant reminder throughout the day of the penance.

The ashes placed on our heads symbolize that we have now undertaken a penance and entered a period in which we strive to “rend” our hearts, as the prophet Joel advises in the first reading for Ash Wednesday. Thus, we seek to conform our hearts more perfectly to God’s will. 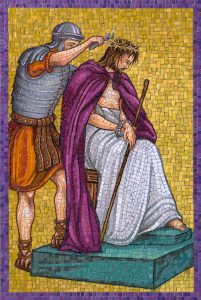 What is the spiritual significance of “giving up” for Lent?

Fasting is one of the three traditional practices of Lent: prayer, fasting, and works of mercy (or almsgiving).

By depriving ourselves or “giving up” something for Lent, we are meant to become more open to what God is calling us to, to allow God to “fill the void” created by the fast with His grace and presence.

I often caution people at the beginning of Lent; Lenten fasts are not supposed to make us miserable or the people in our lives miserable.  If that is the case, the fast is worthless. Fasting is supposed to contribute to holiness, not discord!

Why isn’t meat eaten on Fridays during Lent?

Abstinence is one of the oldest Christian traditions, dating back to the first century. Catholics abstain from meat on Ash Wednesday, Good Friday, and the Fridays of Lent. Ash Wednesday and Good Friday are days of both fast and abstinence, which means that we abstain from eating meat, and only eat one full meal during the day. This applies for anyone age 14 up to the beginning of the 60th year. In addition, eating in between meals on days of fast is prohibited, but liquids can be taken at any time (cf. Code of Canon Law, 1251, 1251).

Abstinence is a form of penance as well as asceticism, which is meant to open us to grow in holiness. As such, it is part of the restoration process for whatever wrongdoing or sin has been committed and part of the journey back to God. Just as when the priest imposes a penance during the Sacrament of Reconciliation as a form of satisfaction, leading to a more perfect relationship with God, abstinence as a form of penance is meant, in the words of Saint Leo the Great, to “let us be filled with those kinds of food which feed us for eternity,” (Sermon 40).

Basilica Insider: The Great Dome
What Can We Learn from the Couples of the Bible? — Part II