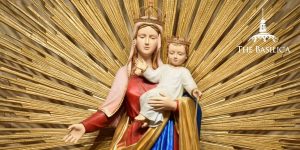 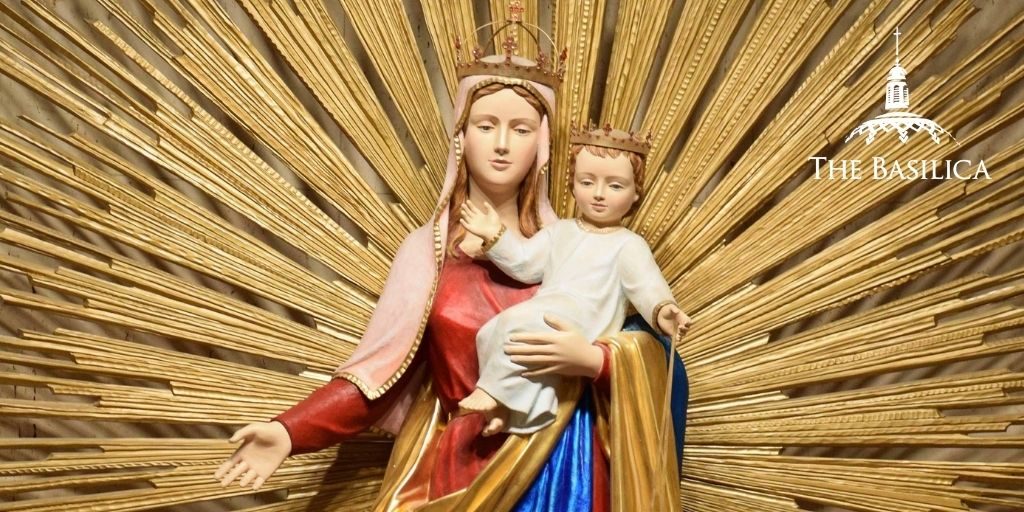 Did you know that Chapel of Our Lady of Hostýn was dedicated on June 26, 1983? This unique chapel honors a beloved Czech devotion that dates back nearly eight centuries. Today, we invite you to learn about how the devotion to Our Lady of Holy Hostýn originated, and how it is honored at the Basilica.

Origin of the Devotion

When the Mongols invaded the hill of Hostýn, Moravia, in 1241, Czech refugees prayed for the intervention of the Blessed Mother, seeking protection. Following their supplications, the area under siege was torn by a violent storm which stirred such terror in the hearts of the enemy troops that they fled.

From that point onward, the hilltop of Hostýn became a place of pilgrimage and devotion to the Blessed Mother. The Church of the Assumption of the Virgin Mary was built atop this hill and remained a popular pilgrimage destination even throughout the Communist regime. Over 700 years after its construction, in 1982 the church was granted the graces of a minor basilica.

Our Lady of Holy Hostýn at the Basilica

The devotion to Our Lady of Holy Hostýn is honored with a chapel at the Basilica. The entrance features stained glass which portrays the life of the first male American saint, St. John Neumann, in a montage of images – from his missionary work with new settlers, to his devotion to the Blessed Sacrament. Near the entrance stands a heroic-size bronze statue of St. John Neumann, who leads visitors to the Blessed Mother, who is depicted in a wooden statue. She holds the Christ Child in her arms and stands atop a crescent moon hovering above the Tartar encampment – imagery evocative of her miraculous intervention in 1241. Over the statue, the phrase “Remain a Mother to your People” is written in Czech.

On the right side of the chapel is a bronze reliquary of John Neumann adorned with garnets, as well as the “first stone” of the chapel, which was blessed by Pope John Paul II on October 7, 1979. The stone holds three containers of soil: (L-R) from the birth house of John Neumann, from the Shrine of Holy Hostýn, and from the crypt of Saint Wenceslaus in Prague.

The chapel mosaics depict a youthful King (Saint) Wenceslaus and the Infant Jesus of Prague, the most popular motifs of Czech religious and national traditions. The four bronze sculptures collectively titled Czech Heaven feature beloved saints of the Czech people, including St. Clement Maria von Hofbauer, St. Cyril, and St. Wenceslaus, among others. 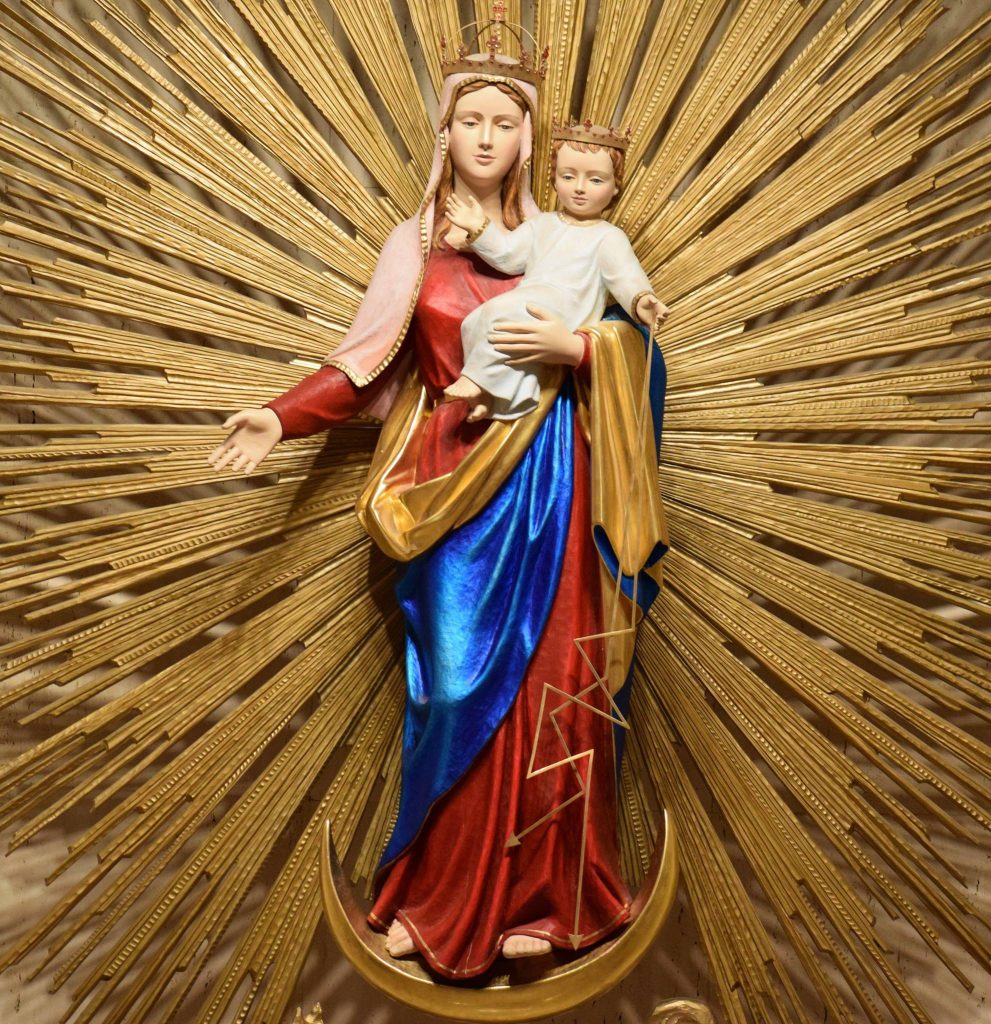 The chapel features the following prayer:

“Give me Holiness, O Lord! Merciful Jesus, you inspired Saint John Neumann on his ordination day to pray for holiness. Through his intercession, may I obtain the same grace, particularly as I strive to draw closer to you through the Sacrament of Reconciliation. May Mary, your Mother, help me carry my cross and follow in your footsteps as Saint John Neumann did and thus attain eternal glory.”

In honor of Our Lady of Holy Hostýn, we invite you to light a candle today at the National Shrine. Vigil candles burn in the chapels throughout the Great Upper church and lower crypt level of the National Shrine. Each candle represents the faith of the supplicants and their fervent prayers entrusted to the loving intercession of the Blessed Mother.

Light a candle
Miriam: the Woman Who Helped Save a Nation
Remembering the Martyrs of Vietnam