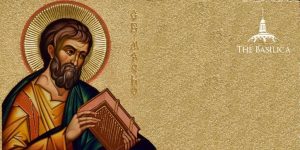 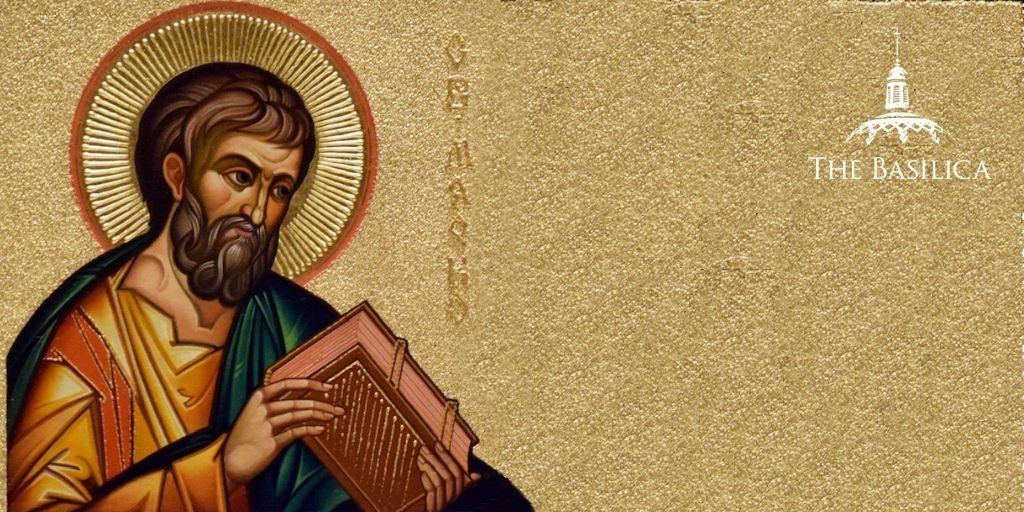 On April 25, we celebrate the Feast of Saint Mark the Evangelist. Although he was not a direct disciple of Jesus, Saint Mark is the author of one of the four Gospel accounts and played a vital role in spreading the Gospel as a missionary in the early church. Mark is featured throughout the Basilica in a variety of beautiful domes and chapels.

What Do We Know about St. Mark?

Also referred to as John Mark, he was first introduced in Acts 12 as the companion of Paul and Barnabas on their apostolic missions. He worked alongside these two faithful Christians to spread the Gospel across the nations. At one point, however, Mark’s decision to withdraw from Pamphylia became a point of contention between Paul and Barnabas, who then decided to separate. Barnabas went with Mark to Cyprus, while Paul continued with Silas to Syria and Cilicia. As Acts 15:36-39 records:

After some days Paul said to Barnabas, “Come, let us return and visit the believers in every city where we proclaimed the word of the Lord and see how they are doing.” Barnabas wanted to take with them John called Mark. But Paul decided not to take with them one who had deserted them in Pamphylia and had not accompanied them in the work. The disagreement became so sharp that they parted company; Barnabas took Mark with him and sailed away to Cyprus.

Part of the reason why Barnabas may have been partial to Mark was their familial ties: the New Testament letter to the Colossians indicates that Barnabas and Mark were cousins.

Reconciliation and Unity in Christ

However, the conflict was later resolved. In his letter to the Colossians, we see Paul refer to Mark in ways that indicate a degree of warmth and familiarity:

Aristarchus my fellow prisoner greets you, as does Mark the cousin of Barnabas, concerning whom you have received instructions—if he comes to you, welcome him. – Colossians 4:10.

In 2 Timothy 4:11, Paul also remarks that Mark is “useful” in his ministry, and in Colossians 4:11, he includes him in a mention of his “fellow co-workers in the kingdom of God” who are a “comfort” to him.

Did you know that Mark is never mentioned by name in his own Gospel? Though some scholars believe he may be referenced anonymously in a couple verses in the book, this is debated. Mark’s Gospel has a number of distinctive features that set it apart as a unique account.

First, Mark especially emphasizes the timeliness of Christ’s actions. The Greek word eutheos – translated as “straightaway” or “immediately” – appears over 40 times throughout his account, evoking Christ’s unhesitating commitment to his earthly mission.

Second, reading Mark, you will notice that he starts many of the chapters with the word “and.” Though this may seem a small point of observation, this stylistic distinctive links each chapter to the section proceeding it, indicating the completeness and perfection of Christ’s earthly ministry. There is no break in his ministry; it is a continuous series of acts of faith and service – in other words, a perfect life of devotion.

Finally, Mark also mentions the word “Gospel” more times than any of the other Gospel account authors; in fact, his eight mentions of the Gospel double the total of four mentions from all Matthew, Luke, and John put together!

Where to Find St. Mark in the Basilica

Saint Mark the Evangelist is portrayed in various places in the Basilica, including the St. Elizabeth Chapel, the Our Mother of Africa Chapel, an icon in the Byzantine Ruthenian Chapel, the Triumph of the Lamb Dome mosaic, and the northeast pendentive in the Trinity Dome. In the Trinity Dome pendentive featuring Saint Mark, there is a winged lion depicted beneath Mark – this symbol is associated with Mark because of Ezekiel’s description of the evangelists as winged creatures – one of which is lion. (Ezekiel 1:6-10)

May God give us, like Mark, the wisdom and grace to preach the Gospel of Christ:

O God,
who raised up Saint Mark,
your Evangelist,
and endowed him with the grace
to preach the Gospel,
grant we pray,
that we may so profit from his teaching,
as to follow faithfully in the footsteps of Christ. Who lives and reigns with you
in the unity of the Holy Spirit,
one God, for ever and ever.
Amen.

In honor of the St. Mark the Evangelist, we invite you to light a candle today at the Basilica. Vigil candles burn in the chapels throughout the Upper Church and lower crypt level of the National Shrine. Each candle represents the faith of the supplicants and their fervent prayers entrusted to the intercession of the Blessed Mother.

Light a candle
"To Jesus Through Mary" – the Devotion to Mary, Queen of All Hearts
Discernment for Life’s Decisions: Our Mother of Good Counsel