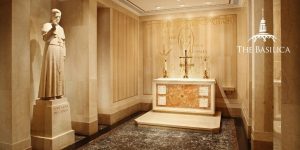 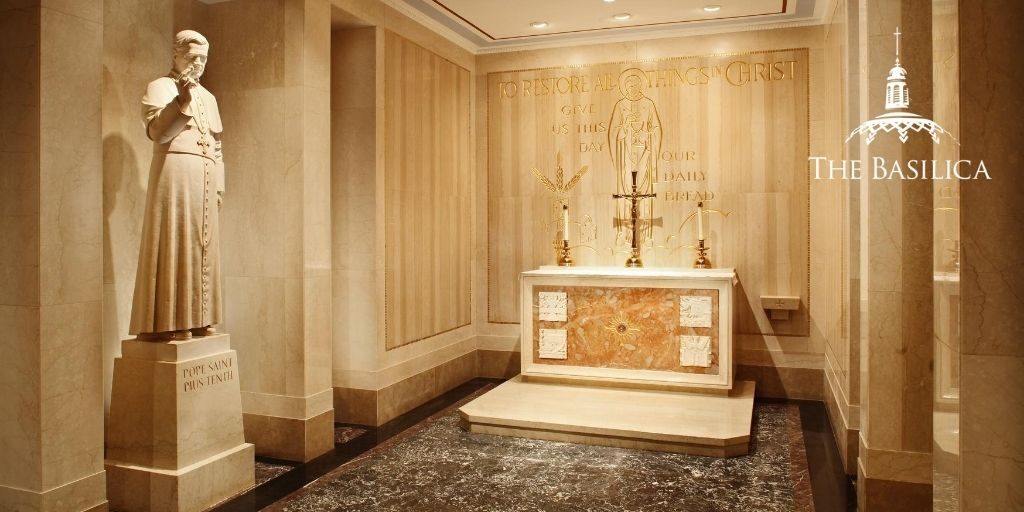 On August 21, we celebrate the Memorial of Pope Saint Pius X. The son of peasants, he was born as Giuseppe Sarto in Riese, Treviso, in 1835. He went on to study at the seminary in Padua and was ordained at age 23. In the years that followed, he served in a variety of religious roles around Italy, ranging from curate to seminary spiritual director, until he was appointed Bishop of Mantua in 1884. Within the decade, he was appointed Patriarch of Venice, and in 1893, he was elected to the papacy. A man of humility and simplicity, he was reticent to accept the esteemed office because he considered himself unworthy.

The Papacy of Pope Pius X

The defining feature of Pius X’s tenure as pope was his effort for reform. Among other improvements, he reorganized the Roman Curia, founded various regional seminaries, and compiled a universal catechism in Italian. The “Pius X Catechism,” as it was known, became an unparalleled guide for those learning the precepts of the faith, regardless of their occupation or location. It was disseminated throughout Italy and the globe.

In his efforts to reform the liturgy and sacred music, he endorsed public prayer, as well as more frequent participation in the Sacraments. He recommended the daily reception of Holy Communion and lowered the age requirement for the First Communion “to about seven…when a child begins to reason.”

In addition to his various reform efforts in the global church, Pope Pius X also played a key role in the early stages of the National Shrine. In 1913, then Monsignor Thomas J. Shahan, Rector of The Catholic University of America, presented a plan to Pope Pius X for a national church in honor of the Blessed Mother in Washington, D.C. The Holy Father gave his apostolic blessing and personally contributed to the project. In 1914, Pius X sent a letter to Cardinal James Gibbons praising the project:

Many pious Catholic women have by their intelligent zeal added another remarkable proof to the numerous evidences of active charity, which we so frequently receive from the United States… they have created an association for the collection of funds… to build… a church… How highly we esteem this project we need not say… It is most desirable … that all Catholics… contribute toward the happy completion of this Church… Meanwhile, as a pledge of divine favor and of Our benevolence, we give you, Beloved Son, the Association of ladies above mentioned, your clergy and faithful, with all Our heart, the Apostolic benediction. Given at Rome at St. Peter’s the 8th day of July, 1914, the eleventh year of Our Pontificate.

As the waves of modernism swept over the globe at the turn of the 19th century, Pius established the Pontifical Biblical Institute to push back on problematic theological trends by “foster[ing] a scientific examination of the Revelation consonant with the Tradition of the Church.” As he approached the end of his life, the impending war loomed ominously over the world, troubling the faithful. On August 2, 1914, he issued an impassioned appeal to Catholics everywhere to pray for peace. Just 18 days later, on August 20, he passed away.

Pope Pius X’s humble spirit, zeal for reform, and spiritual leadership continue to inspire the faithful of the Church today. His life demonstrated his unwavering commitment to his motto “Instaurare Omnia in Christo, “To restore all things in Christ.” As Pope Benedict XVI remarked:

St Pius X teaches all of us that at the root of our apostolic action in the various fields in which we work there must always be close personal union with Christ, to cultivate and to develop, day after day. This is the essence of all his teaching, of all his pastoral commitment. Only if we are in love with the Lord shall we be able to bring people to God and open them to his merciful love and thereby open the world to God’s mercy.

Where to Find Pope Pius X in the Basilica

Pope Pius X is honored in the Basilica in the Pope St. Pius X Chapel, where he is portrayed in a life-size statue sculpted by Theodore C. Barbarossa. The chapel reredos depict Pope Pius X distributing Holy Communion, as he was referred to as the Pope of the Eucharist. The portrayal is surrounded by attributes of the Blessed Sacrament and crowned with his papal motto, “To restore all things in Christ.”

The chapel is the gift of the United States Diocesan Directors of the CCD and was later restored through the generous gift of Miss Madeline Sapienza. An original polychrome-embossed bronze rondel of Pope Pius X, signed and dated by the artist, Guido Galli, was installed during the restoration. Pope Pius X was so pleased with this bronze rondel that he had a copy made for his sister. Pope Pius X can also be found in the east portico, the Our Lady of Czestochowa Chapel, and the Second Coming mosaic.

In honor of Pope Pius X, we invite you to light a candle today at the Basilica. Vigil candles burn in the chapels throughout the Upper Church and lower crypt level of the National Shrine. Each candle represents the faith of the supplicants and their fervent prayers entrusted to the intercession of the Blessed Mother.