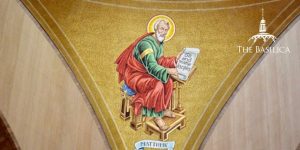 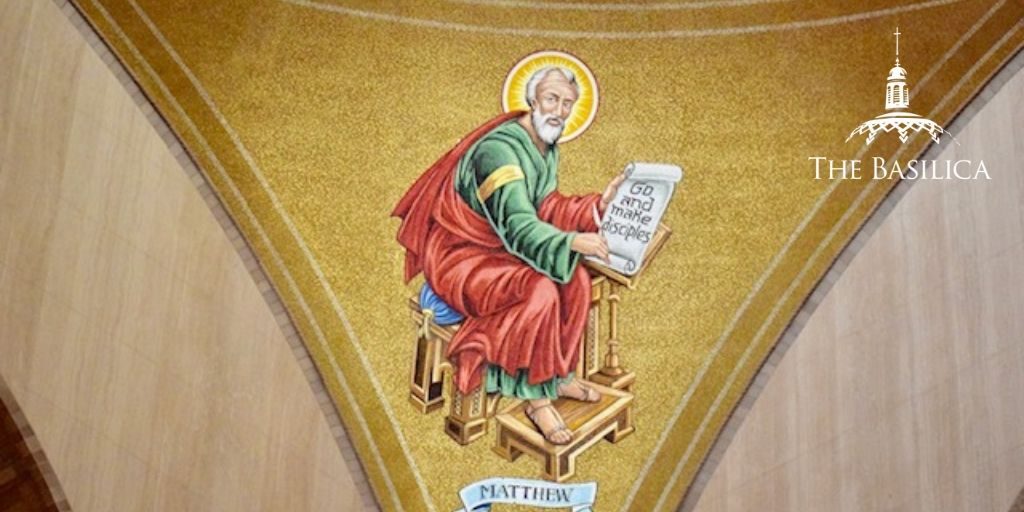 “Those who are well do not need a physician, but the sick do… I did not come to call the righteous but sinners.” – Matthew 9:12-13

Jesus shocked the religious teachers of his day in many ways; perhaps one of the most prominent examples was his association with sinners. Chief among these was Matthew, a tax collector. His commitment to follow Christ demonstrates that God has the power to transform the most depraved sinner into a saint for his glory. On September 21, we celebrate the feast of this sinner-turned saint, Saint Matthew the Apostle. 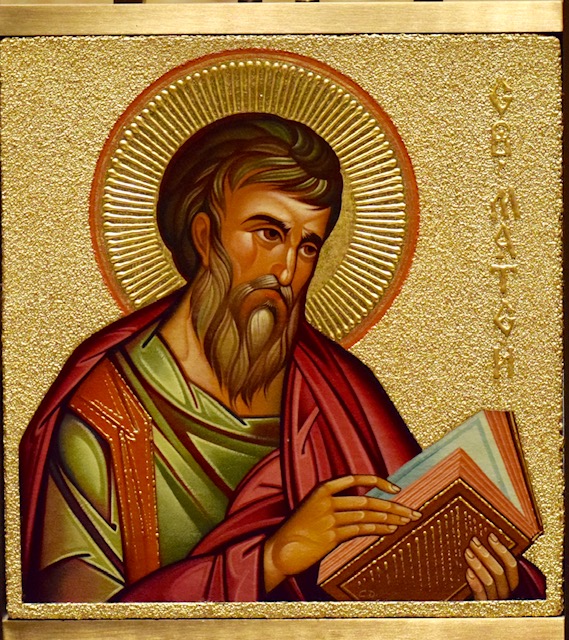 In ancient times, tax collectors were notorious for being dishonest, greedy individuals. They would often exploit taxpayers by exacting more than was required by the state and pocketing the difference for themselves. This behavior earned tax collectors a great deal of enmity from the public. Negative public opinion of Matthew may also have been exacerbated by his lineage: as a Galilean son of the tribe of Levi, he was likely viewed as sympathetic to the occupying Romans.

But Matthew’s example of faith demonstrates that Jesus can redeem any sinner. When Jesus first saw Matthew at his customs post, he said “Follow me.” Matthew’s response was one of immediate obedience – he directly abandoned his position and became one of Jesus’ disciples.

Given the unfavorable status of tax collectors, many in the community were critical when they heard that Jesus dined with Matthew:

While he was at table in his house, many tax collectors and sinners came and sat with Jesus and his disciples. The Pharisees saw this and said to his disciples, “Why does your teacher eat with tax collectors and sinners?” He heard this and said, “Those who are well do not need a physician, but the sick do. Go and learn the meaning of the words, ‘I desire mercy, not sacrifice.’ I did not come to call the righteous but sinners.” – Matthew 9:10-13

Though little else is known about the life of St. Matthew, we know that he was close to Jesus, becoming an apostle and authoring one of the four gospel accounts. The Gospel according to Matthew was likely written for a Christianized Jewish audience, evidenced by its distinctive continuity with Hebrew tradition and the Old Testament. The account contains nearly one hundred references to and nearly sixty direct quotations from the Old Testament. A clear theme of fulfillment is evident throughout. One such example is in Matthew 1:22-23: he mentions that Jesus’ birth took place to fulfill the prophecy foretold by Isaiah.

Saint Matthew the Apostle serves as an example that Christ came to save all who are lost – the greatest of sinners chief amongst them. “For those who are well do not need a physician, but the sick do” (Matthew 9:13).

Saint Matthew is the patron saint of bookkeepers and bankers. He is portrayed in the Basilica in the following locations: the east buttress of the South Entrance; a lunette window in the Saint Elizabeth chapel; the Our Mother of Africa Chapel; an icon in the Pokrov Chapel; the Triumph of the Lamb Dome Mosaic; and the Trinity Dome Northwest Pendentive.

On This Day in History: The Laying of the National Shrine’s Foundation Stone
The Uniqueness of the Basilica as a Pilgrimage Destination