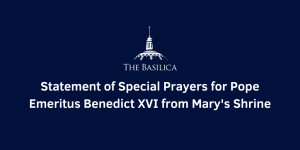 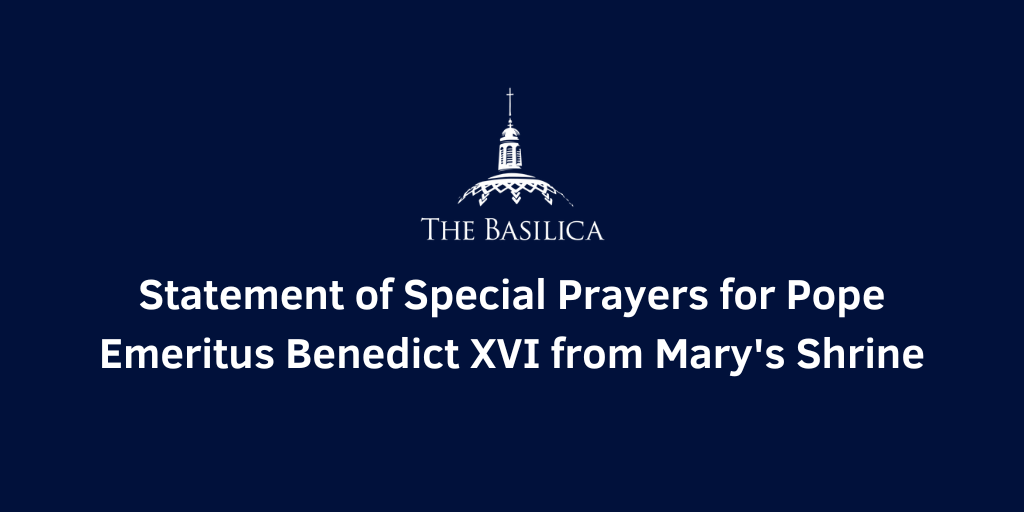 “We at Mary’s Shrine continue to offer very special prayers for Pope Emeritus Benedict XVI, placing him in the care of Mary Immaculate. We have fond memories of the visit of Pope Benedict XVI to the Basilica in 2008 when he met with the Bishops of the United States in the Crypt Church and greeted the faithful gathered in the Great Upper Church. May God sustain him, and the Blessed Virgin Mary intercede for him.”

ABOUT THE 2008 VISIT OF POPE BENEDICT XVI TO THE BASILICA

On April 16, 2008, his 81st birthday, Pope Benedict XVI visited the Basilica of the National Shrine of the Immaculate Conception on the first full day of his Apostolic Journey to the United States. He presided over Solemn Vespers, addressed the Bishops of the United States, and bestowed the Golden Rose upon the Basilica, a rare honor granted to a church of special significance by the Holy Father.

View Press Release as a PDF
The Basilica’s Top 10 Blogposts of 2022
Embracing the Mystery of the Incarnation: Msgr. Vito’s Nativity Reflections