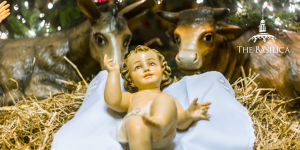 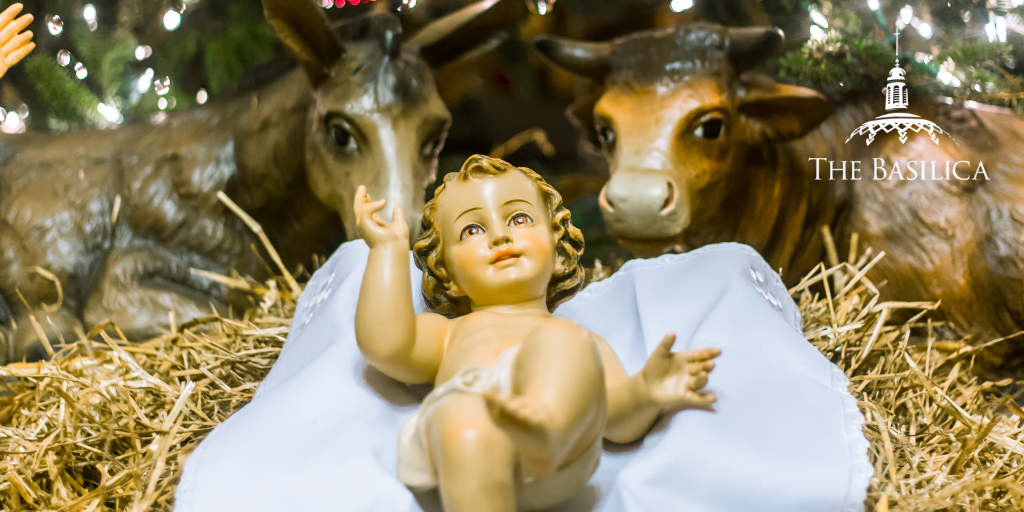 Read Msgr. Vito Buonanno’s reflections on the meaning of the Incarnation and how we can embody Christ’s incarnate love during the Christmas season.

For centuries, the Israelites had prayed for a Messiah. They prayed for the Savior and every time there was a bad moment in their history, they believed it would be opportune for Him to come to rescue them from that hardship. Instead of coming during the midst of plagues, famine, or slavery, he came at this other, very specific, difficult time when the Jewish People had been conquered by a foreign power and were being policed by a gentile, pagan religion. In the midst of it all, the Lord God appeared, born in the most ordinary way imaginable.

God in His love became human because He wanted to save us – a promise that was made when the first disobedience occurred. We recognized the selfishness of humanity from the very first moment of our sinning. God again showed his love for us, not only in creating us, but by promising that He would come to earth as man – something that is just unbelievable. He did not just come to be our companion – He came to save us. That redemption is what the Incarnation is all about. Jesus came to show us what love is and now is present to us in a special way through the Sacraments, like Reconciliation and the Eucharist. Christ’s presence with us in those Sacraments is not just an idea. It is not just a greeting card – he is actually physically present with us.

So when we call him God with us, Emmanuel, He is just not present as a little baby. He is with us in the Eucharist. He is with us in flesh and blood, not only for us to adore, but for us to partake. And that is how you and I are called to go forth and proclaim the good news that the angels proclaimed to these people in salvation history, Joseph, Mary, Zechariah or Elizabeth, who submitted to God’s will even when they could not fully understand his plan.

That’s the challenge of living the Paschal mystery every day: submitting ourselves to God’s will even when we cannot understand it all. Even when we ask, “Why me? Why my family? Why this tragedy?” Through everything, God is with us, and He came to save each of us from our own sinfulness, humbling himself to be born in an unrecognizable place in an unrecognizable time. There were no royal robes or royalty, no beautiful palace. He was born in a stable among animals. That the creator of the universe would become one of us is the fulfillment of everything that had been proclaimed from the beginning of Israel’s history.

Such a central part of the Nativity story is the embodied nature of Christ’s love. In coming to earth, Christ made God’s love visible in an entirely new way. That is why traditions like putting up a creche in your house can be such a wonderful reminder of Christ’s Incarnation. Growing up in a very Italian neighborhood, I remember they made the entire sanctuary of our church into a creche, with a huge canvas all painted midnight blue with holes in it and lights that were the stars. There were mountains and all the figures coming to the creche – and that left a deep impression on me as a child. It made me realize in a profound, yet tangible way that the Nativity was something holy.

That is really what the miracle of the Incarnation is: “God becoming tangible to us as humans.” Feeling what we feel, experiencing human life in all its joys and sorrows. And we need to know that as a people to go on to express our faith. The beautiful mystery of the Incarnation may be difficult to explain, but we can make it known to others by loving them – by embodying the love of Christ, just as He embodied love in becoming incarnate for us.