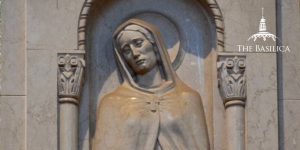 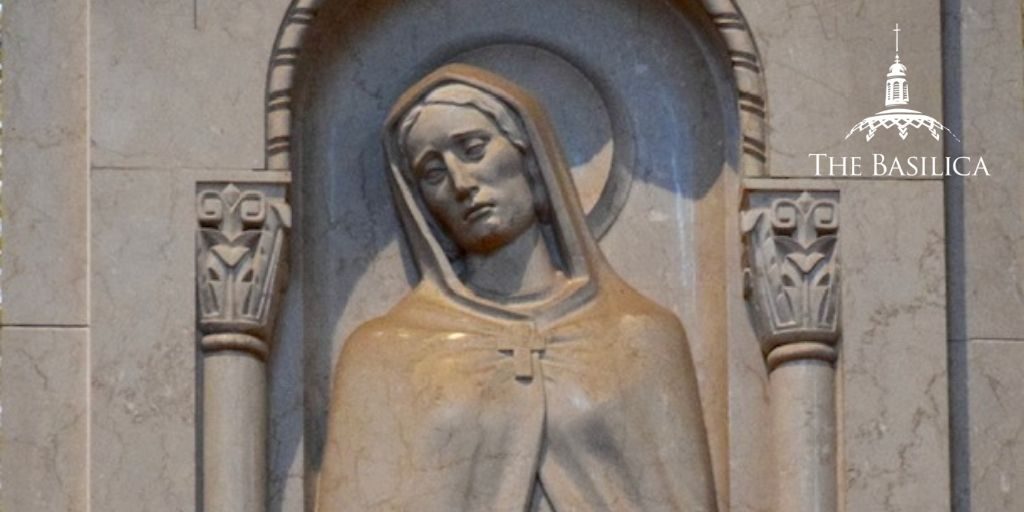 Born in the 4th century, St. Monica is recognized as the patron saint of mothers. Her faith and dedication to motherhood played a pivotal role in the spiritual formation of one of the most brilliant philosophers and well-known saints of all time – Saint Augustine, her son.

After her husband’s premature death, St. Monica dedicated her life to raising her children. As a single mother of three, she persevered in the face of many difficulties. Her greatest desire was for her children to follow Christ. Although later in life he was known as a fervent man of God, St. Augustine did not easily come to see God’s truth. As a child, he proved to be quite difficult, causing Monica much grief, and as a young adult he remained uninterested in Christianity. But St. Monica never stopped praying for his eternal soul, in spite of the circumstances. On one particular occasion, when she was discussing the matter with a priest, he urged her to remain steadfast in her prayers, stating that it was “not possible that the son of so many tears should perish.”

A Testament to the Power of Prayer

After many years of prayer, Saint Monica finally saw her son give his life to the service of God. St. Augustine declared that his mother’s resilience and dedication to prayer is what led him to become the man of God he was meant to be. He stated that St. Monica was not only his mother, but “the source of his Christianity.” According to Pope Benedict XVI:

Augustine himself was to say, his mother gave birth to him twice; the second time required a lengthy spiritual travail of prayers and tears, but it was crowned at last with the joy of seeing him not only embrace the faith and receive Baptism, but also dedicate himself without reserve to the service of Christ.

St. Monica passed away in A.D. 387, shortly after St. Augustine was baptized. Her legacy serves as a reminder for all Christians to never stop praying for those who do not yet know Christ. As Pope Benedict XVI has related:

St. Monica and St. Augustine invite us to turn confidently to Mary, Seat of Wisdom. Let us entrust Christian parents to her so that, like Monica, they may accompany their children’s progress with their own example and prayers. Let us commend youth to the Virgin Mother of God so that, like Augustine, they may always strive for the fullness of Truth and Love which is Christ:  he alone can satisfy the deepest desires of the human heart.

Cowan, The Way of the Saints