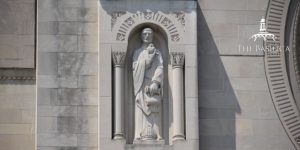 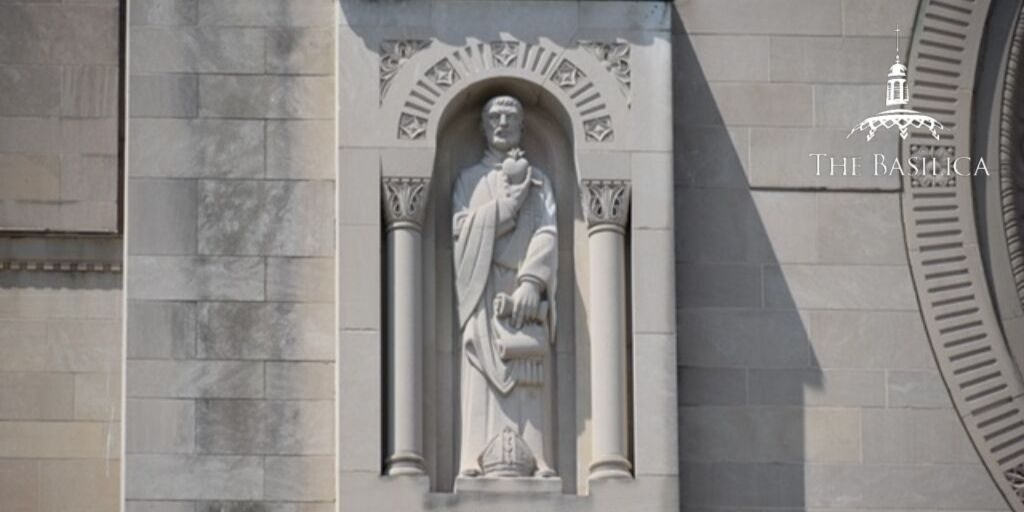 “You have made us for yourself, and our hearts are restless until they rest in you.” – Saint Augustine

As students begin a new school year, we would like to honor the impact of Saint Augustine, a true scholar dedicated to rational theological study. On August 28, we celebrate the feast day of this seminal thinker and teacher, whose impact on Christian theology and Western philosophy is unparalleled.

1. Augustine was an unlikely convert.

Saint Augustine was born in northern Africa in 354. Despite being raised by a devoted Christian mother, he was a difficult child, and grew to be an atheist. A highly intelligent scholar who had received the finest education, he founded a school of rhetoric in Rome in 383. However, dissatisfied with the city, he moved to Milan in a year’s time. It was there he met the bishop Saint Ambrose, who was a convincing orator with a formidable command of rhetoric.

In contrast with his contemporaries, Ambrose was an orator with a commitment to truth, and did not indulge in subterfuge and flattery to acquire influence. This integrity had a particular impression on Augustine and was instrumental in his conversion. Augustine’s mother, Monica, also prayed unyieldingly for his redemption, and in 387, her prayers were answered.

The decisive moment for Augustine is said to have happened while he was in a garden one day and heard a child chanting, “Take up and read! Take up and read!” Feeling a divine nudge, Augustine opened a Bible and read in Romans an exhortation to abandon licentiousness and follow Christ. Augustine was suddenly confronted with his sin and need for redemption; up until this point he had struggled particularly with sexual sin and sensuality. Augustine remarked that after reading the passage:

“I had no desire, no need, to read further. In the instant that sentence ended, it was as if a peaceful light shone in my heart and all the darkness of doubt vanished.”

Following the passing of his mother, Augustine returned to North Africa, and founded a religious order in Tagaste. He later was ordained, and in 395, became bishop of Hippo.

3. Augustine was a giant of Western philosophy.

Pope Benedict XVI remarked that Augustine was “one of the great figures in the history of thought.” Not only did Augustine have a significant impact on Christianity, but on Western culture and philosophy more broadly. By some accounts, his Confessions is considered the first autobiography of the West, and is perhaps the “most widely read book of Christian antiquity.”

The sheer volume of writings Augustine produced in his lifetime is staggering all on its own, including an estimated 3,000 letters and homilies, as well as an additional 1,000 other publications of significant philosophical and theological depth. One of Augustine’s friends, the bishop Possidus, remarked that Augustine’s works were so immense that it would be nearly impossible for a scholar to read them and know them all well.

4. Augustine authored the Confessions and City of God.

Augustine’s Confessions are written in the format of dialogue with God. In speaking of Augustine’s legacy, Pope Benedict XVI related that the Latin word confessiones possesses two meanings:

In the first place confessiones means the confession of our own faults, of the wretchedness of sin; but at the same time, confessiones also means praise of God, thanksgiving to God. Seeing our own wretchedness in the light of God becomes praise to God and thanksgiving, for God loves and accepts us, transforms us and raises us to himself.

Perhaps his most well-known work in philosophy is City of God. After Rome had fallen in 410, pagans alleged that the event was due to Christianity’s rising influence. Augustine composed City of God as a response, both rebutting this position and offering a Christian view of history. In the work he lays out a theological framework which contrasts what he calls the City of God with the city of the world, outlining the teleology of each. Most centrally, this work offers insight into the proximate nature of what can be accomplished in earthly government, colored with both realism and optimism.

Saint Augustine is also featured in the Our Mother of Good Counsel Chapel, the Baldachin, and the Saint Catherine of Alexandria Chapel of the Basilica.