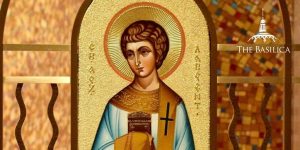 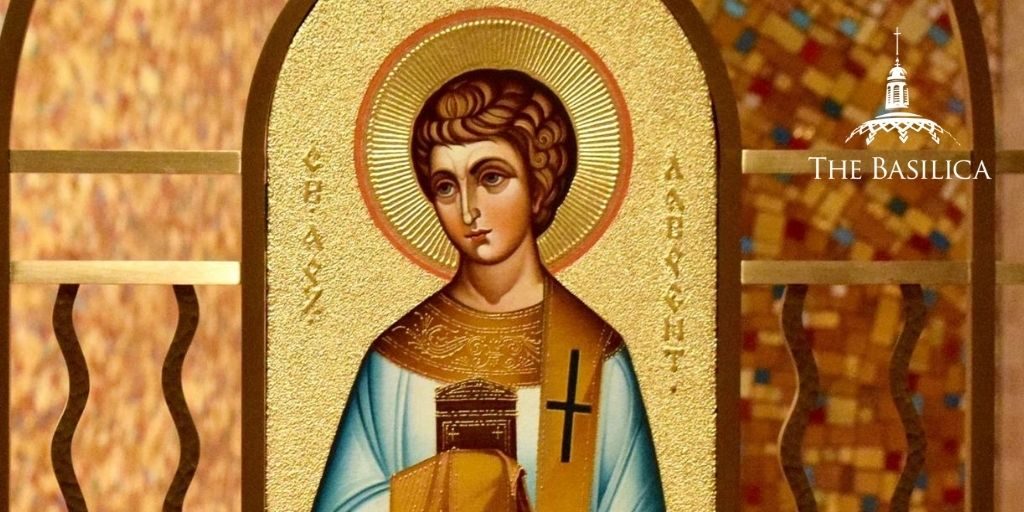 The feast of St. Lawrence is celebrated on August 10. As a deacon in the early Church in Rome, St. Lawrence championed the inherent value of all human beings, even when it ultimately led to his martyrdom. At the Basilica, St. Lawrence is depicted in the Byzantine Ruthenian Chapel.

The Story of St. Lawrence

St. Lawrence was a deacon in Rome during the reign of the Emperor Valerian, serving under Pope Sixtus II. When Pope Sixtus II was martyred in 258, he prophesied that Lawrence would soon follow. St. Lawrence began to sell the valuables of the church in order to distribute the money to the poor. In response, the Roman prefect demanded that he reclaim the Church’s treasures and turn them over to the government.

Three days later, Lawrence assembled the poor, sick, and outcast of the city, presenting them as the “Church’s treasures.” Incensed, the prefect ordered Lawrence to be executed.

According to tradition, Lawrence was condemned to death by roasting over a gridiron. After some time had passed and he had not yet succumbed to death as a result of the painful torture, he joked that he was done on that side and needed to be turned over. Following St. Lawrence’s martyrdom, many were inspired to convert, including Roman senators who had witnessed his death.

What Can We Learn from St. Lawrence?

St Lawrence, Martyr, [is] a shining example of a Christian who lived his total attachment to the divine Master with courage and evangelical heroism. Dear friends, imitate his example and, like him, always be ready to respond faithfully to the Lord’s call.

Pope Francis also describes St. Lawrence as the perfect example of why we should care for the less fortunate:

When St Lawrence was asked to bring and display the treasures of the Church, he simply brought a few poor people. In a city, when the poor and the weak are cared for, aided, and helped to play their part in society, they reveal themselves to be the treasure of the Church and a treasure in the society.

May St. Lawrence’s example encourage us to recognize the inherent value of all human beings, no matter their age, health, or status. Though we are all different, we are all created in the image of God. Furthermore, in the Church, we are all members of the body of Christ. As the Bible says in 1 Corinthians 12:

As a body is one though it has many parts, and all the parts of the body, though many, are one body, so also Christ. For in one Spirit we were all baptized into one body, whether Jews or Greeks, slaves or free persons, and we were all given to drink of one Spirit…

But God has so constructed the body as to give greater honor to a part that is without it, so that there may be no division in the body, but that the parts may have the same concern for one another. If [one] part suffers, all the parts suffer with it; if one part is honored, all the parts share its joy.