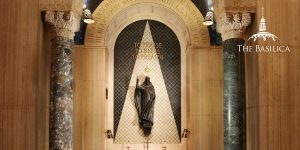 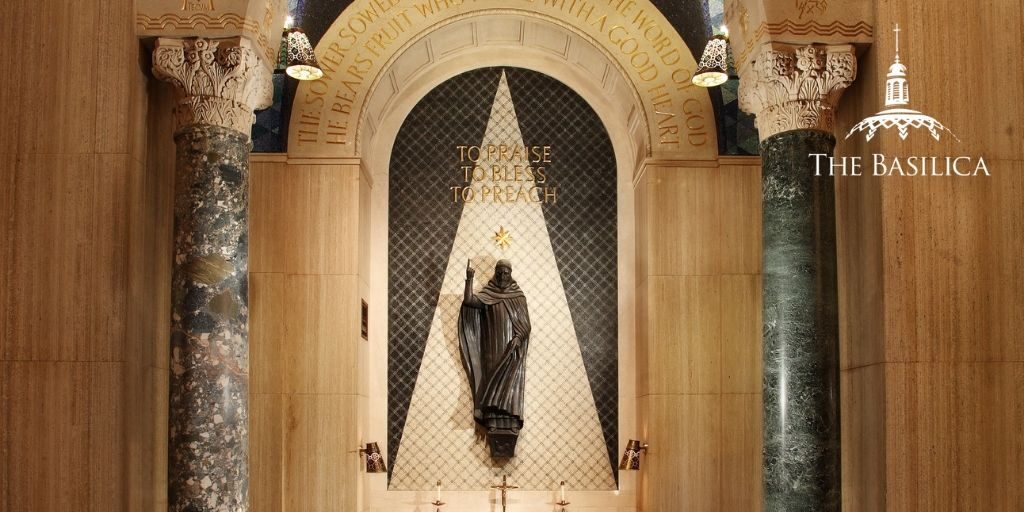 As the Basilica highlights the role of spiritual education in the lives and legacies of the saints this month, on August 8 we celebrate the Feast Day of Saint Dominic. Saint Dominic was dedicated to the need for proper theological study and education to equip spiritual teachers to give a reasoned defense of Christianity. Through his tireless work and example, the Roman Catholic Church was able to navigate a difficult conflict with a heretical faction.

Born to a noble family in Caleruega, Spain, in 1170, Saint Dominic was fortunate enough to have a benefactory uncle who made it possible for him to attend a well-respected school at Palencia. Dominic set himself apart from his peers with his zeal for understanding the Scriptures and empathetic heart. He already displayed ascetic tendencies at an early age when he sold off his books to collect funds for the poor.

Saint Dominic and the Albigensians

Once he was ordained a priest, Saint Dominic embarked on a diplomatic mission to southern France with the goal of evangelizing unreached rural populations, as well as combating the errant views of a faction that was disrupting and confusing the Church. This faction, called the Albigensians, believed in equal twin forces of good and evil in the world, and associated all material substance with evil. (As a result, they denied many critical doctrines including the resurrection of the body and the incarnation of Christ.)

Saint Dominic preached to people of this faction for years, as a war raged on between them and the Castilean government. Unfortunately, after seven years of conflict, there were few converts from the faction. However, one night, Dominic stayed at the house of an Alibigensian leader, discussing matters of theology until the rising of the sun. The conversation changed the mind of the Albigensian, who saw the merit of Dominic’s views on Christ. This encounter was formative in shaping Saint Dominic’s philosophy of missions.

A Reasoned Defense of the Faith

Saint Dominic remained of the opinion that rational argumentation  – and not threats of violence or declarations of dogma – was the proper path to persuading dissenters. It was upon this conviction that he based the Order of Preachers in 1214. Today known as the Dominicans, this order was committed to the conversion of unbelievers and the re-conversion of non-practicing Catholics, focusing on scholarship, preaching, and spiritual education. Dominic believed that education was imperative to properly equipping preachers, and that it was necessary to persuade others of truth with reasoned, scholarly argument. Christians should be respectful of and ready to respond to questions from reason, never resorting to force.

Dominic… reminds us that theology has a spiritual and pastoral dimension that enriches the soul and life. Priests, the consecrated and also all the faithful may find profound ‘inner joy’ in contemplating the beauty of the truth that comes from God, a truth that is ever timely and ever alive. Moreover the motto of the Friars Preachers, contemplata aliis tradere, helps us to discover a pastoral yearning in the contemplative study of this truth because of the need to communicate to others the fruit of one’s own contemplation.

At the time of Saint Dominic’s passing at age 52 in 1221, the Dominican order had already expanded to sixty friaries across the continents, from Palestine to Scandinavia. Today, his legacy of compassion and dedication to the spiritual education of church teachers serves as an enduring example of reasoned faith.

A chapel to Saint Dominic resides in the Great Upper Church of the Basilica, lateral to the Chapel of Our Lady of the Rosary.  A popular tradition holds that Saint Dominic was given the devotion of the Rosary by the Blessed Mother. Both chapels are a gift of the Dominican Order.