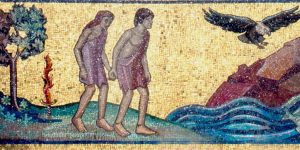 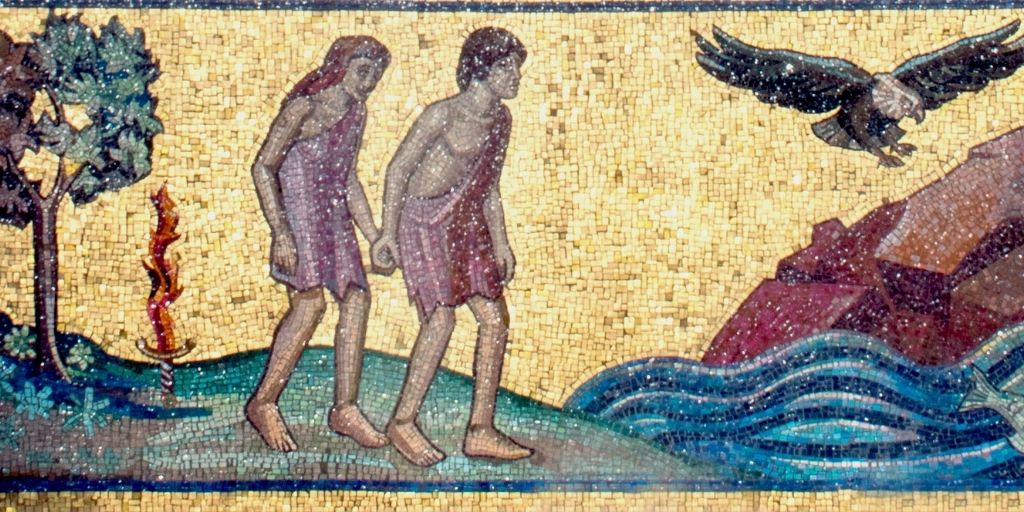 The Bible is filled with stories of married couples; how they were brought together, how their relationships were tested, how they endured in faith or struggled with sin. Whether known for their loyalty and wisdom or their folly and betrayal, the couples of the Bible all have something to teach us about relationships. This post is Part I in a series. Read Part II and Part III.

As the very first couple, Adam and Eve are infamous for disobeying God and bringing sin into the world. But the Creation story also presents a positive vision of God’s intention for the roles of men and women in relationship to each other.

After God had established Adam in the garden, He said that it was not good for him to be alone, so He created Eve to be a companion for Adam. Adam saw Eve and said:

Adam named the woman Eve, which means “the mother of all living.” They lived and worked together in the garden, walking in the presence of God, until Eve was deceived by the serpent and disobeyed God.

The account of the Fall causes many to wonder — where was Adam when Eve ate the fruit? Why does he blame her when he clearly knew God’s instruction? Whatever the answer, Adam and Eve suffered greatly for their disobedience, having to leave the beauty of the garden and the glory of God’s presence. Yet, despite their punishment, God still blessed them. They bore children and lived to an old age, watching their offspring “be fruitful and multiply.”

David and Abigail met when Abigail’s first husband, Nabal, refused to give assistance to David and his men. Angered at Nabal’s indifference, David initially sought to kill them, but thanks to Abigail’s prudence, they were saved. An intelligent and attractive woman, Abigail was ashamed of her husband’s foolish attitude, and provided the men with bread, wine, sheep, grain, raisins, and figs for food. Because of her, David instead bade them return home in peace.

The next morning when Abigail told Nabal what had happened, he suffered a heart attack and died. As Samuel 25:39 relates:

“Hearing that Nabal was dead, David said: ‘Blessed be the Lord, who has defended my cause against the insult from Nabal, and who restrained his servant from doing evil, but has repaid Nabal for his evil deeds.’”

Following Nabal’s death, David sent a proposal of marriage to Abigail. She accepted and traveled with him and his band of warriors to the land of the Philistines, where she gave birth to their son.

David saw Abigail and admired her for her intelligence and wisdom. After her foolish husband died, he desired to provide a home and protection for her. This is a dramatic contrast to the story of David and Bathsheba — a romance born out of lust and selfishness, where David put Uriah on the front lines to die. The grave sin of David in this later relationship seems out of character for him, as he was full of humility and valor in his early life. However, even David, who was a man after God’s own heart, was still fallible and unfaithful to his wife. Israel needed a perfect ruler — the Messiah.

Both of these couples demonstrate the fallibility of human relationships – from the very beginning with Adam and Eve to David, the king after God’s own heart. Because even the best of human relationships are tainted by sin, we should approach them with grace. Though we will face difficulties and frustrations, we can rejoice in the hope we have through the perfect love of our Savior:

Though our relationships here on earth are never perfect, marriage should ultimately reflect the perfect love Christ has for His bride, the Church. We look to His example of self-sacrifice, and strive, through the power of the Holy Spirit, to love unconditionally and selflessly in our relationships on earth.

Saints Cyril and Methodius: Champions of the Gospel
The Extraordinary Gifts of Ordinary Time: A Reflection from Father Raymond Lebrun