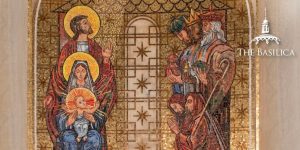 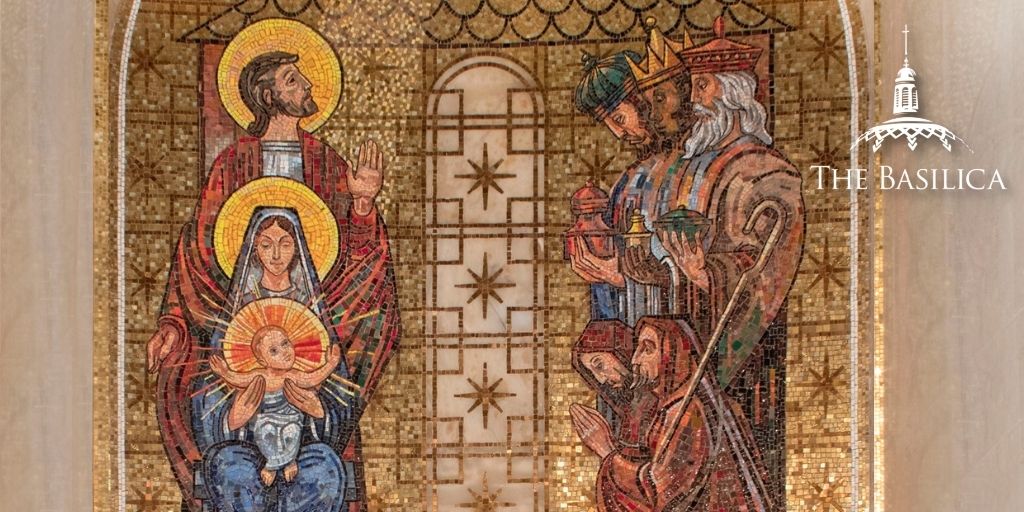 As we prepare our hearts for the celebration of Christmas, we asked Monsignor Vito Buonanno some common questions about the Nativity. Learn why Christmas is celebrated on December 25, why Christ’s humanity and divinity are both essential to understanding the Christmas story, and more in this Q&A post.

There are several possibilities as to the origin of this December date. Sometime in the second century, Jesus’ conception was dated to March 25, which would naturally place his birth nine months later. But another explanation is connected to the Christianization of the Roman Empire under the reign of Constantine. Prior to his rule, they celebrated the pagan holiday of the rebirth of the Sun on this date, marking the return of longer days after the Winter Solstice. But once Constantine became Emperor and made Christianity the Empire’s effective religion in 336 A.D., the celebration of Christmas was placed on December 25. It was not until the ninth century that Christmas became a major Christian celebration.

On Christmas Day, we celebrate the Son of God becoming man. Why are Christ’s humanity and divinity both important as we understand the Christmas story?

In the Nicene Creed, the Church professes that “For us men and for our salvation He (the Lord Jesus Christ) came down from heaven, and by the Holy Spirit was incarnate of the Virgin Mary, and became man.” The Word became flesh so that we might know God’s love, becoming for us our model of holiness. As partakers of the divine nature, we enter into communion with the Word, receiving divine “kinship” and becoming children of God. The First Preface of the Nativity of the Lord reflects this belief with the words: “For in the mystery of the Word made flesh … so that, we recognize in him God made visible, we may be caught up through him in love of things invisible.”

The Catechism of the Catholic Church (paragraphs 456-460) understands four reasons why the Word became flesh. Could you explain what these are and why they are significant in the lives of the faithful today?

The four reasons why the Word of God became flesh are:

To save us by reconciling us to God
To reveal God’s love to us
To show us the perfect model of holiness
To make us partakers of the divine nature.

Jesus’ incarnation is the perfect revelation of the Father, fulfilled through His life, death, and resurrection, and the sending of the Spirit. His incarnation confirmed the truth that God is with us to free us from sin and death and raise us up to partake in His Eternal Life.

How do we see the Christmas story referenced in the Old Testament?

Jesus Christ is the “fulfillment” of the Old Testament, even though He is not mentioned by name. The name Jesus means “God Saves” in Hebrew, and the Catechism tells us that “In Jesus, God recapitulates all of his history of salvation on behalf of man” (CCC #430), thereby “fulfill[ing] the messianic hope of Israel in his threefold office of priest, prophet and king” (CCC #436). In becoming flesh, Jesus Christ fulfilled the will of God, “formed long ago,” opening “the way to eternal Salvation” (Preface I of Advent).

How do each of the Gospel accounts contribute to the Christmas story?

The Four Evangelists, though they tell the same story, reflect very different ideas and concerns. Only two of the four Gospels discuss Jesus’ birth: Luke and Matthew provide information of the Christmas story in both of their first two chapters. Although they have some points in common, there are many differences in the nuances of their characters, plots, messages, and tone, revealing the historical and theological significance in their distinctive literary styles.

As a Jewish Christian writing primarily for other Jewish Christians, Matthew shows that the legacy of biblical Israel was best fulfilled in Jesus of Nazareth. He stresses Jesus’ Jewish heritage, as evidenced in the beginning of his Gospel with the genealogy of Jesus, which relates Jesus to Abraham, David, and his descendants. Jesus, as the Son of God, is the fulfillment of God’s promises of salvation to Israel.

Luke’s infancy narrative provides the framework for the traditional “Christmas story.” This Gentile-friendly Gospel writer portrays Jesus in the best of Israelite piety, while revealing Christ’s significance for all the peoples of the world. Luke’s genealogy of Jesus (3:23-38) goes back beyond Abraham all the way to Adam, emphasizing the descent of Jesus beyond Israel. He maintains the central theme of all the Gospels: Jesus as the fulfillment of the promises of God in the Old Testament, by His birth, ministry, death, and resurrection.

How can reflecting on Jesus as the Child in the manger build our faith?

Jesus came into the world in a humble way, in a stable among animals and shepherds of the field, “wrapped in swaddling clothes and laid in a manger.” By reflecting on the simplicity and heartfelt humility of Christ’s birth, we can be encouraged to practice humility in our own lives. Jesus is Emmanuel, “God with us,” God’s promise of deliverance to Judah in the prophet Isaiah’s time. In Matthew’s Gospel, the use of the name “Emmanuel” in Mary’s Annunciation account alludes to this truth. It is then echoed in his final chapter, where the ascending Christ assures His disciples of His continued presence, “… I am with you always, until the end of the age,” (28:20).

But even as we contemplate the Infant Jesus, there is the anticipation of Jesus’ passion and death in the accounting of His sufferings – from Herod’s massacre of the Holy Innocents, and the Holy Family’s flight into Egypt, to the hardships and dangers they endured.

It was Jesus’ destiny to give his life on the cross as a “ransom for many,” fulfilling the angel’s promise that He would “save his people from their sins.” Jesus’ birth in the poverty and simplicity of a stable reminds us that the Savior of the World, the King of Kings, was born without riches, power, or social status. He was destined for humble service to all, especially the poor, sick, and marginalized. Our reflection on the obedience and loving devotion of the Christ Child to Mary and Joseph, gives us the example of holiness in the daily faith-filled life of family and work.

A Christmas Gift: A Reflection from Dr. Peter Latona
St. John of the Cross and the Dark Night of the Soul