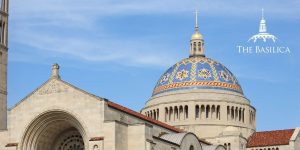 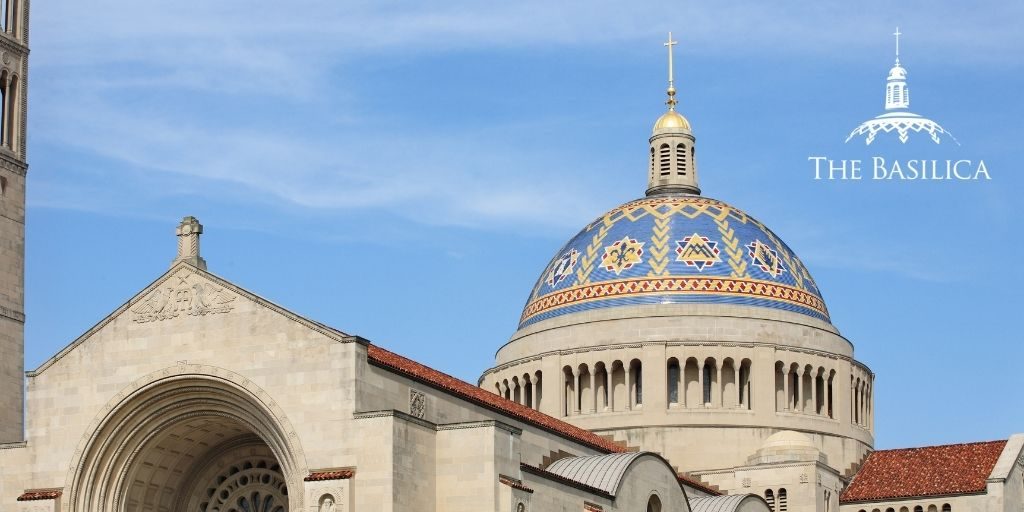 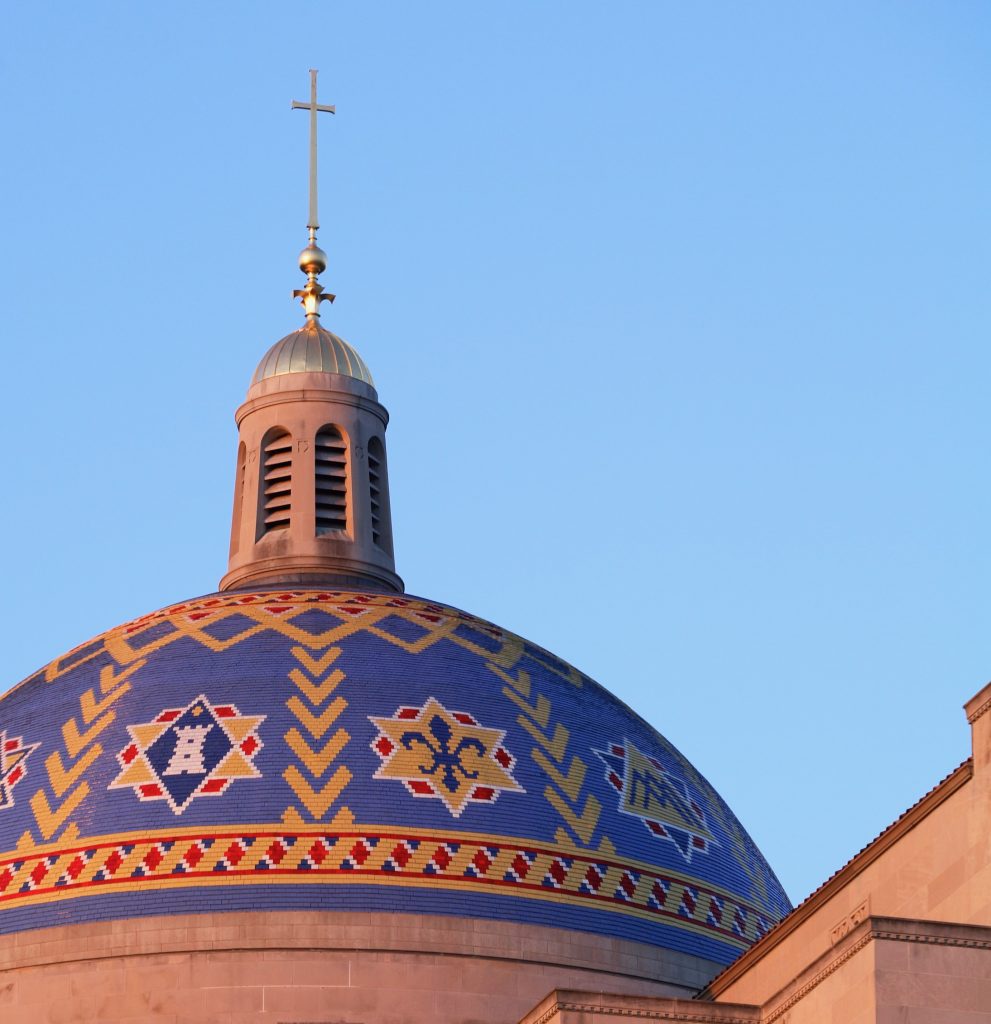 The Great Dome is one of the two visual hallmarks of the National Shrine. Covered in glistening polychrome tiles, it is not only visually stunning, but a physical representation of spiritual truths. It features Marian symbols, each within a six-pointed Star of David, which represents the royal House of David, the Judaic lineage of Mary. Spanning a diameter of 108 ft., the dome stretches 237 ft. from the terrace to the top of the cross. Today we invite you to learn more about the significance of the symbols incorporated in this magnificent element of the Basilica’s architecture.

French for “flower of the lily,” the fleur-de-lis is a symbol of purity and chastity. According to legend, this flower sprung from the tears shed by Eve as she left the Garden of Eden. The three petals are thought to represent the Trinity or the virtues of faith, hope, and charity, while the band twining them together represents Mary, the new Eve. 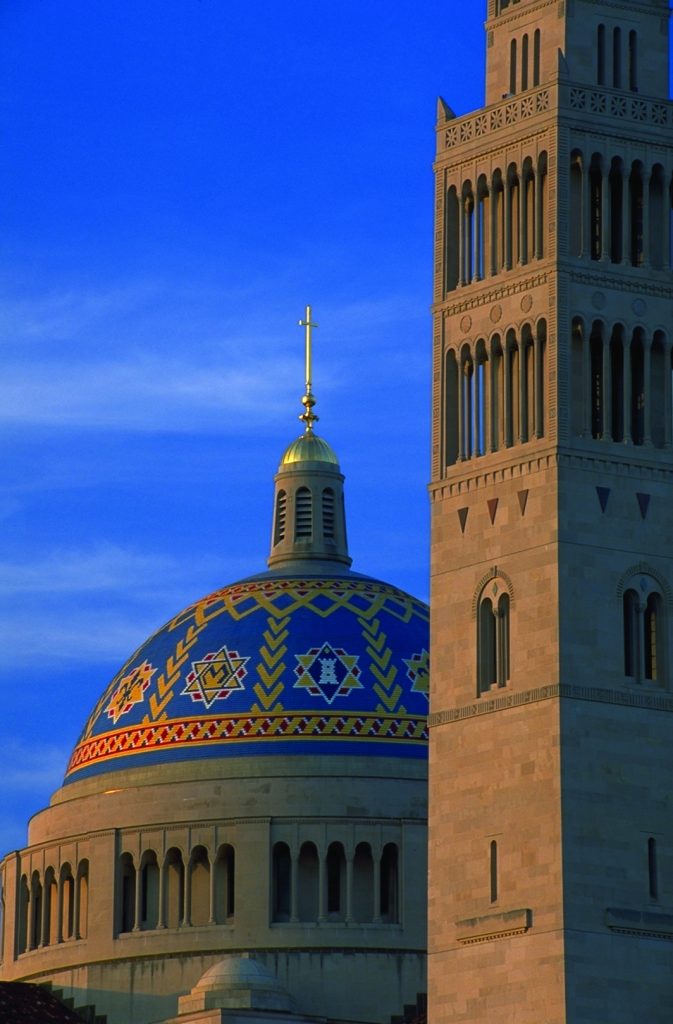 The Cedar of Lebanon

A stately and majestic evergreen cedar tree, the Cedar Tree of Lebanon symbolizes endurance, eternal life, and incorruptibility. Treasured as a source of wealth, its timber was used to build the Temple of Solomon. It is a symbol of both Mary (Song of Songs 5:15) and Jesus (Ezekiel 17:22).

The Tower of Ivory

The Marian Monogram is the most popular interpretation of the Hebrew name Miryam. It also represents Mary as the Mother of Jesus. 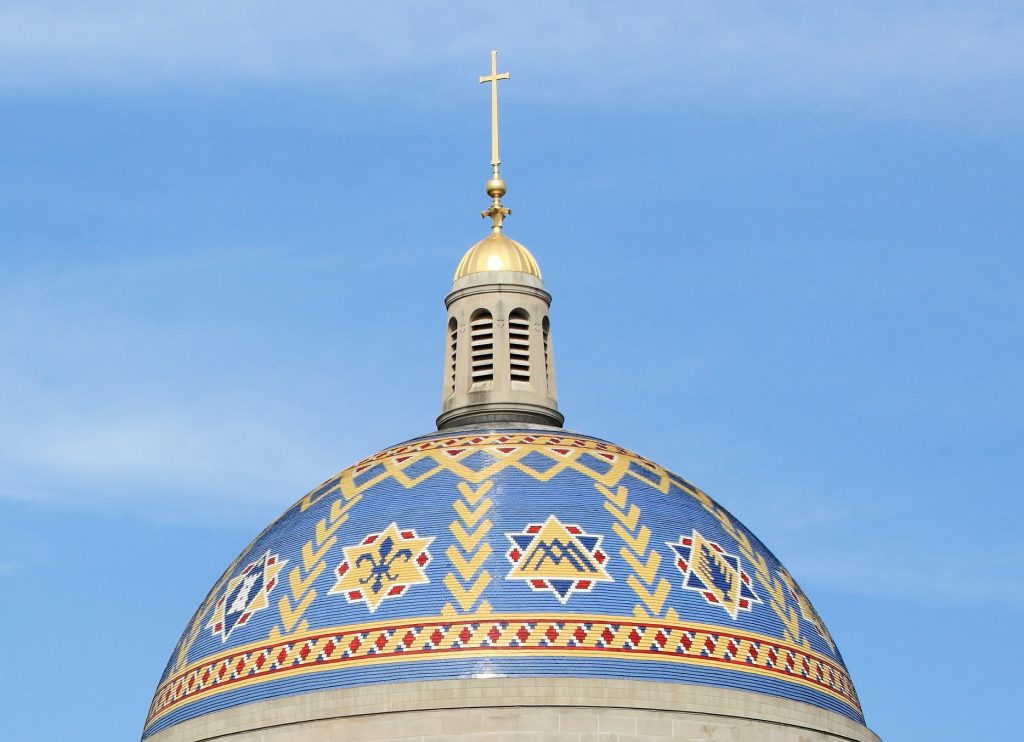 The emblem of the intertwining monograms includes the first letters of the words Ave and Maria, the greeting of the Archangel Gabriel to Mary.

Pray the Stations of the Cross with the Basilica
Lent: Why We Do What We Do — Part I