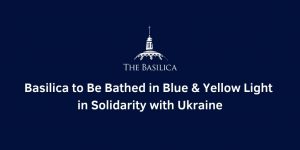 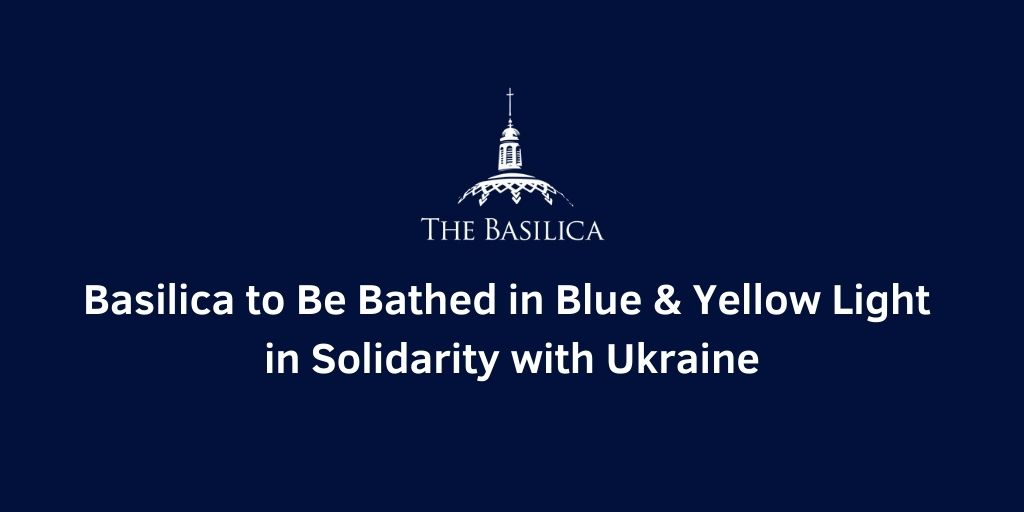 Statement from Monsignor Walter Rossi, Rector of the Basilica:

“Pope Francis has called for a Day of Prayer and Fasting for Peace in Ukraine on Ash Wednesday, March 2, 2022. In light of the invasion of Ukraine on February 24, 2022, the Basilica of the National Shrine of the Immaculate Conception will be bathed in light with the colors of the Ukrainian flag beginning Sunday evening, February 27, through Sunday evening, March 6, as a symbol of our solidarity with the Ukrainian people and as a reminder to all those who pass by Mary’s Shrine to raise a prayer for an end to the war and for peace to return to that troubled land.”

View Press Release as a PDF
The Providence of God in Relationships: Couples of the Bible: Part II
Who is the patron saint of Lithuania?