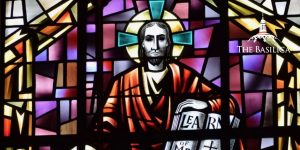 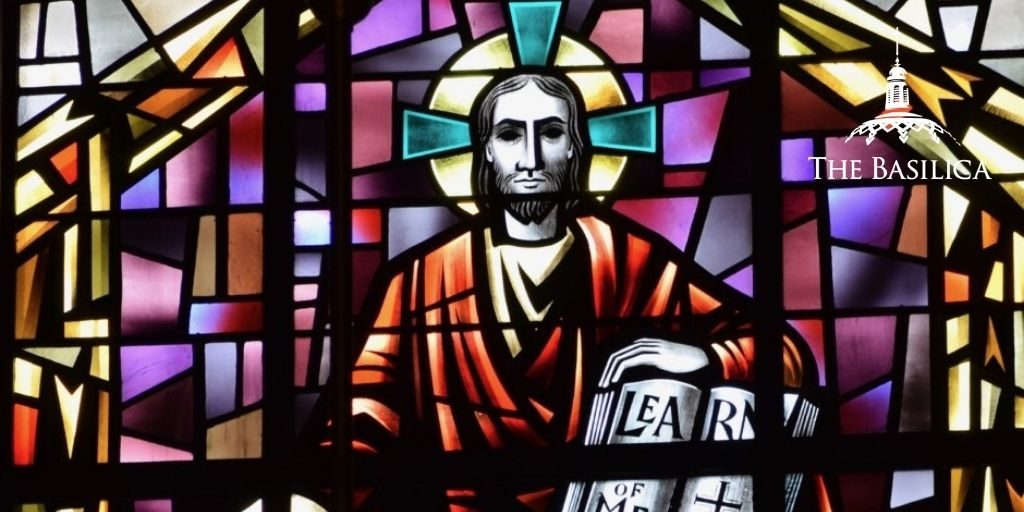 During Jesus’ ministry, parables were a key component of His teaching style. Through parables, Jesus communicated the truth of the Gospel in short and often perplexing stories. Two of Jesus’ most well-known parables, the parable of the sower and the parable of the Good Samaritan, are depicted in the art of the Basilica. Today, we invite you to learn more about these parables and the meaning that they have for us as followers of Christ.

The Parable of the Good Samaritan

Familiar to all, the parable of the Good Samaritan expresses the profound truth of loving one’s neighbor.

One day when Jesus was teaching, a scholar asked Him what he needed to do to obtain eternal life. Jesus responded by asking what was written in the law. The scholar replied, “You shall love the Lord, your God, with all your heart, with all your being, with all your strength, and with all your mind, and your neighbor as yourself.” Jesus affirmed this, but the man asked a further question: “And who is my neighbor?”(Luke 10:29).

Jesus then responded with the parable of the Good Samaritan: When a traveling man was attacked by bandits, he was left for dead. Though a priest and a Levite saw him, they passed by without offering assistance. Instead, it was a Samaritan that rescued him, not only bandaging his wounds, but bringing him to an inn and paying for his lodging until he was able to continue on his journey. The passage concludes:

This passage is significant because at the time, Samaritans and Jews were sworn enemies and typically did not associate with each other. The Jews looked down upon the Samaritans because they believed them to be inferior for their different religious practices and for intermarrying with other nations. One example of this behavior appears in John 4, when the Samaritan woman at the well responds to Jesus, “’You are a Jew and I am a Samaritan woman. How can you ask me for a drink?’ (For Jews do not associate with Samaritans).” Yet, it is the Samaritan, not the religious leaders, who stopped to help the man in need in Jesus’ parable.

Christ Enables Us to Love Our Neighbor

Just as the Samaritan was willing to go to help someone that may not have done the same for him, so are we called to demonstrate Christ’s love to those in need around us. We are not simply called to serve those whom it is easy or convenient to serve; we are called to love and serve our enemies as well as our friends.

Jesus uses the parable in this context to emphasize to the scholar that his definition of loving his neighbor was insufficient. Similarly, it shows us that, in our own power, we are unable to love perfectly; we need a Savior. Loving our enemies in such a dramatic way can only be done through the power of Christ in us.

The Parable of the Sower

Included in all the gospels except John, the parable of sower was told by Jesus as He was preaching to crowds from a boat on the Sea of Galilee. Jesus described a sower throwing seed in different places – on a path, where it was consumed by birds; on rocks, where it was unable to form roots; among thorns, which choked and killed it; and finally, on fertile soil, where it was able to flourish. This parable is depicted in the Botticino pulpit of the Great Upper Church.

The Meaning of the Parable

We should not be discouraged by the accounts of the seeds that do not grow, because they are not a representation of Christians who struggle in their walk, but rather, those who reject the Lord. Instead, we can see this passage as an encouragement to continue steadfast in our faith, that we may grow and bear fruit.

Jesus Explains His Use of Parables

In this passage, Jesus also gives an explanation for speaking in parables. When the disciples asked Jesus why He spoke in parables, Jesus said,

“Because knowledge of the mysteries of the kingdom of heaven has been granted to you, but to them it has not been granted. To anyone who has, more will be given and he will grow rich; from anyone who has not, even what he has will be taken away. This is why I speak to them in parables, because ‘they look but do not see and hear but do not listen or understand.’ Isaiah’s prophecy is fulfilled in them… But blessed are your eyes, because they see, and your ears, because they hear.” – Matthew 13:11-14, 16

Jesus’ explanation highlights how God grants understanding to those who are in Christ. It is by His grace that we understand the Word and are saved – as St. Paul said:

“For by grace you have been saved through faith, and this is not from you; it is the gift of God; it is not from works, so no one may boast.” – Ephesians 2:8-9

Through speaking in parables, Jesus grants understanding to those who are seeking after Him – revealing truth to those who are willing to listen and thoughtfully consider what He has to say. Conversely, those whose hearts are hardened against Him have the truth hidden from them. In His grace, we are given the ability to hear and understand, bear fruit, and ultimately join Him in eternity.

A Marian Prayer for Missions
Living with Lions: The Story of Daniel