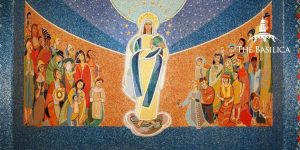 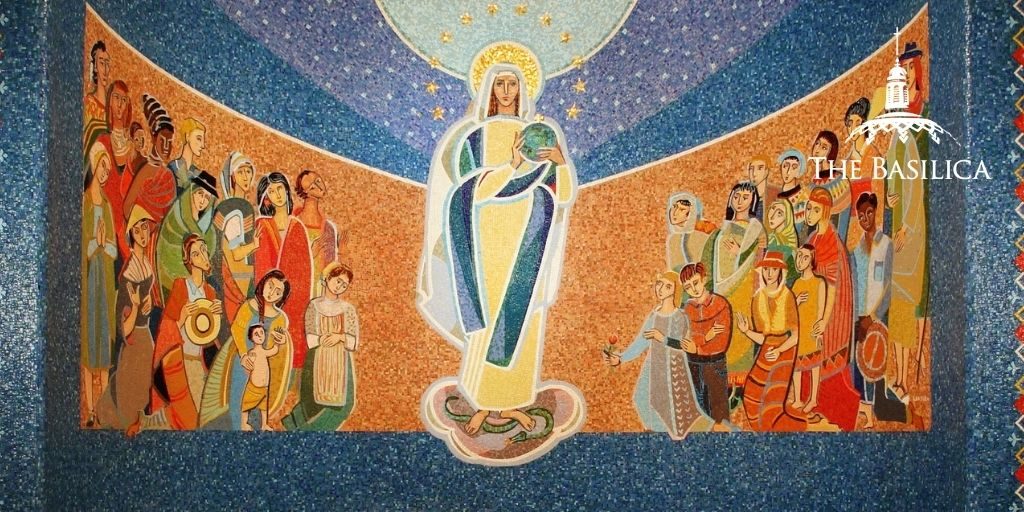 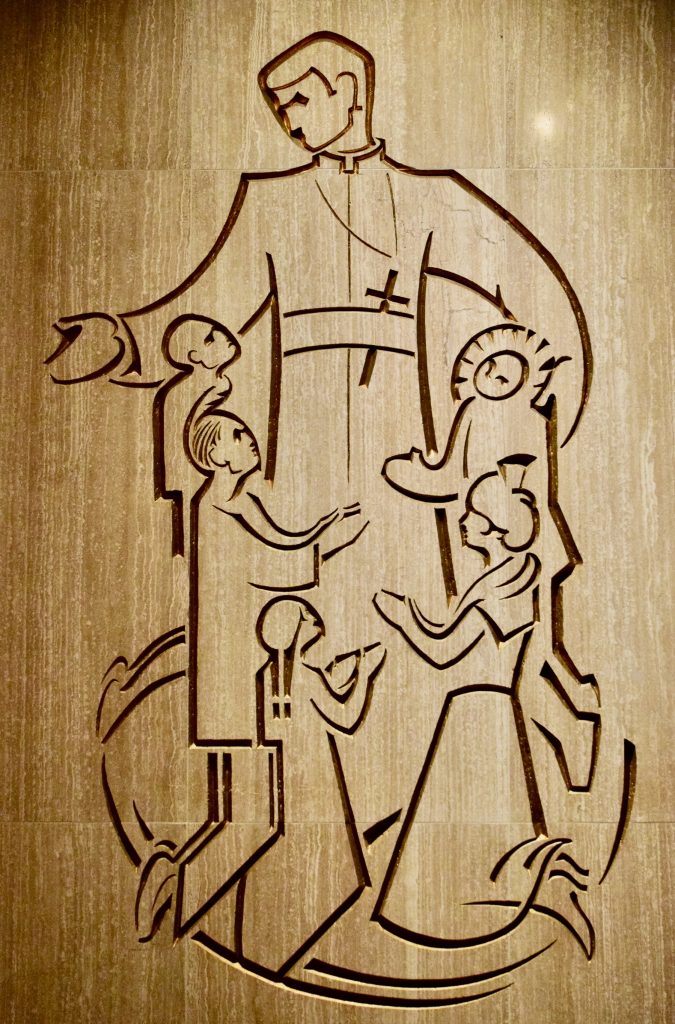 October 14 marks the anniversary of the dedication of the Mary, Queen of Missions Chapel in 1967. This sacred space serves as a physical representation of the Blessed Mother’s role in aiding the faithful to carry out the Great Commission. Today, we explore the significance of missions and how the Basilica honors the Blessed Mother as Queen of Missions.

The Mandate for Missions

One of our primary duties as followers of Christ is to share with others the good news of His sacrifice and the gift of salvation. As Pope John Paul II once remarked:

Since the Church is by her very nature missionary, evangelization constitutes a duty and a right for every one of her members (cf. Lumen gentium, n. 17; Ad gentes, nn. 28, 35-38). The Lord calls us to go beyond ourselves and to share with others the blessings we have received, beginning with the gift of faith, which cannot be considered as a private privilege but must be seen as a gift to be shared with those who have not yet received it. Such activity will benefit faith itself since faith is strengthened when it is shared.

Throughout the Scriptures, we see exhortations to evangelize not only to those in our communities, but to people all around the globe:

Matthew 28:19-20 – Go, therefore, and make disciples of all nations, baptizing them in the name of the Father, and of the Son, and of the holy Spirit, teaching them to observe all that I have commanded you. And behold, I am with you always, until the end of the age.

Acts 13:47 – For so the Lord has commanded us, “I have made you a light to the Gentiles, that you may be an instrument of salvation to the ends of the earth”’ 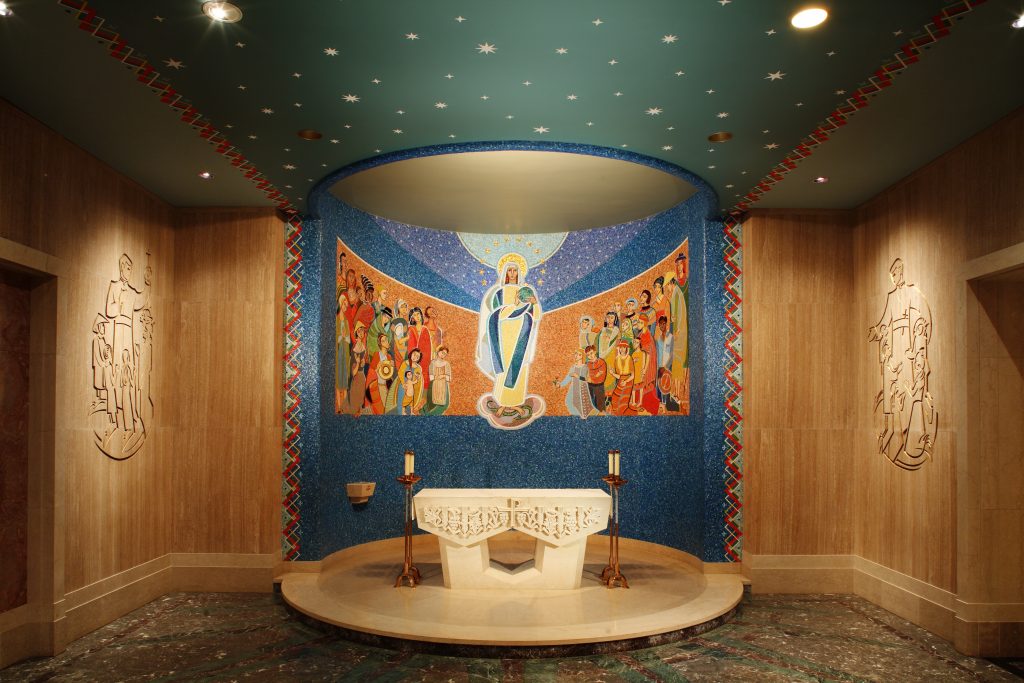 How the Basilica Honors Mary, Queen of Missions

Mary serves as Queen of Missions by guiding the faithful throughout the world to knowledge of Jesus Christ and providing protection to those working in missions. The Basilica honors Mary under this title in the Mary, Queen of Missions Chapel, where she is depicted in a Venetian glass mosaic. She is crowned with twelve stars, holding a globe surmounted by a cross, with the moon and the serpent beneath her feet (Revelation 12:1). On either side of Mary are men and women from the various continents and cultures evangelized by the Oblates of Mary Immaculate, including the Asian-Pacific, South America, and the Arctic Circle. 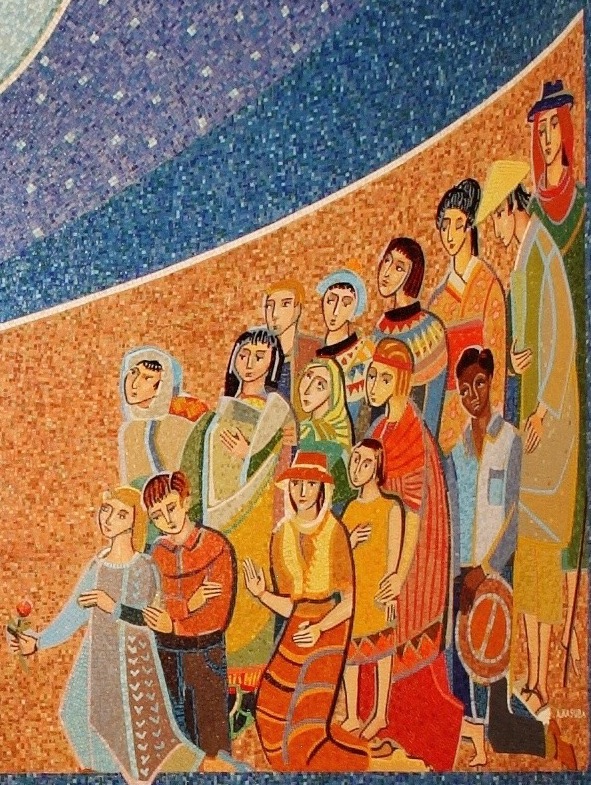 The Prayer to Mary, Queen of Missions

The Chapel of Mary, Queen of Missions is inscribed with the following prayer, which is taken from the writings of Saint Eugene de Mazenod (1782–1861), founder of the Oblates of Mary Immaculate:

Today, each day and in our last hour we entrust ourselves entirely to your loving and singular care. We place in your hands: our entire hope and happiness, our every anxiety and difficulty, our whole lives. May our every endeavor be directed and guided according to the Will of Your Son, which is your will, by the aid of your prayers and special favor with God. Amen.

2 Marian Prayers for Peace and Grace
Why Did Jesus Speak in Parables?