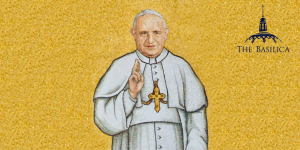 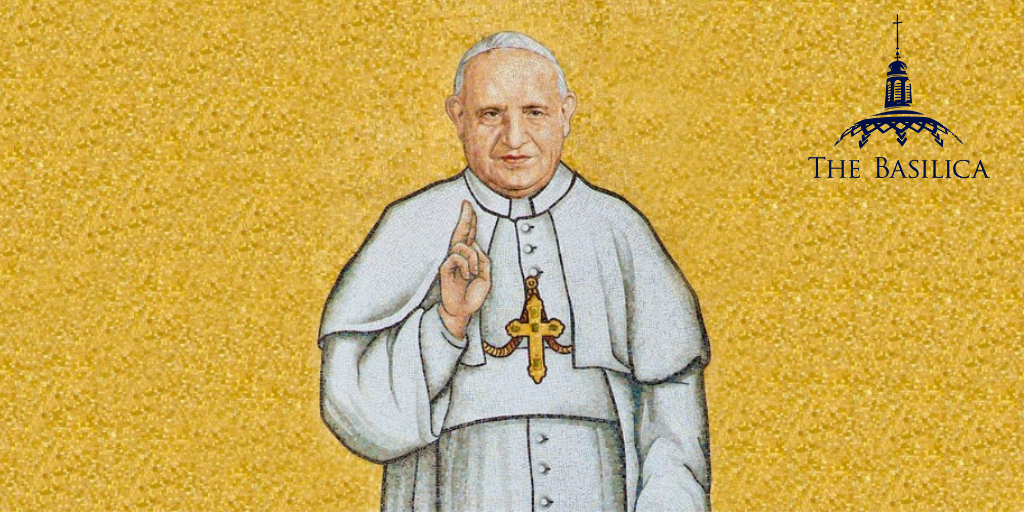 Did you know that this week marks the celebration of the Memorial of Saint John XXIII? Though his papacy was short, Saint John XXIII had a significant impact on the Church. Known as “The Good Pope,” his pastoral approach to the papacy made him beloved by many. Additionally, Saint John XXIII’s vision brought the Church into the modern era with the changes he initiated during the Second Vatican Council. Learn more about him and his legacy in our latest post.

Saint John XXIII was born Angelo Giuseppe Roncalli into a family of sharecroppers on November 25, 1881. The third of 13 children, he benefitted from the tutelage of a priest of Carvico, entering the seminary at Bergamo at the age of 12. With the help of a scholarship, Angelo was able to continue his studies at the Apollinaris in Rome. Though his schooling was deferred while he served in the Italian Army, he later returned to the seminary where he obtained a doctorate of theology in 1904.

Path to the Papacy

Following the completion of his degree, Angelo served as secretary to the new bishop of Bergamo, Giacomo Radini-Tedeschi while furthering his studies in canon law. After serving and teaching for nine years, he once again entered military service, this time as a chaplain. When he returned from the military three years later, he served as spiritual director of the seminary and opened a youth hostel in Bergamo.

During the 1920s, Fr. Roncali was appointed to reorganize the Society for the Propagation of the Faith in Rome. When he assumed the role of titular archbishop of Areopolis and Apostolic Visitor to Bulgaria, he grew deeply interested in the wellbeing of Eastern Churches. In 1934, he became the Apostolic Delegate to Turkey and Greece, where he helped locate prisoners of war and made various efforts to save refugees during WWII. 11 years later he served in Paris as Apostolic Nuncio to help with the Church’s post-war operations. During his time there, he was the first permanent observer of the Holy See at UNESCO, addressing the assemblies in 1951 and 1952. He took what he expected to be his last post in 1953, as cardinal-patriarch of Venice. However, God had bigger plans for him, and in 1958, he returned to Rome as a member of the conclave that would elect him as pope.

From the beginning of his papacy, Pope John XXIII emphasized Christian unity and world peace. His approach to the papacy focused on spiritual care over diplomacy, which led many to call him “The Good Pope.” One of his first initiatives was to enlarge the membership of the College of Cardinals, increasing it from 70 to 87, and diversifying its representation by including the first members from Japan, Africa, and the Philippines.

However, his most momentous act during his papacy was calling the Second Vatican Council, known as “Vatican II” on October 11, 1962, with the purpose of “updating” the Church. The Council enacted many changes, including a reform of the Liturgy, renewed theology of the Church and involvement of the laity, and many other initiatives as it sought to guide the Church into the 20th century. The results of the Council fully encapsulated Pope John XXIII’s goal of unifying and caring for the faithful of the Church in the midst of a changing world. He died shortly after on June 3, 1963, and was canonized by Pope Francis on April 27, 2014. The stole which Pope John XXIII wore to open the Second Vatican Council was later gifted to the Basilica and is now a permanent part of the Papal Display in Memorial Hall.

Pope John XXIII is portrayed in multiple locations throughout the Basilica, including the Trinity Dome mosaic, an ambulatory window in the North Apse of the Great Upper Church, and the East Apse mosaic in the Upper Church.