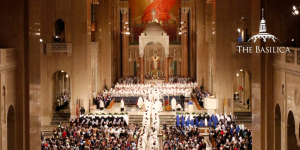 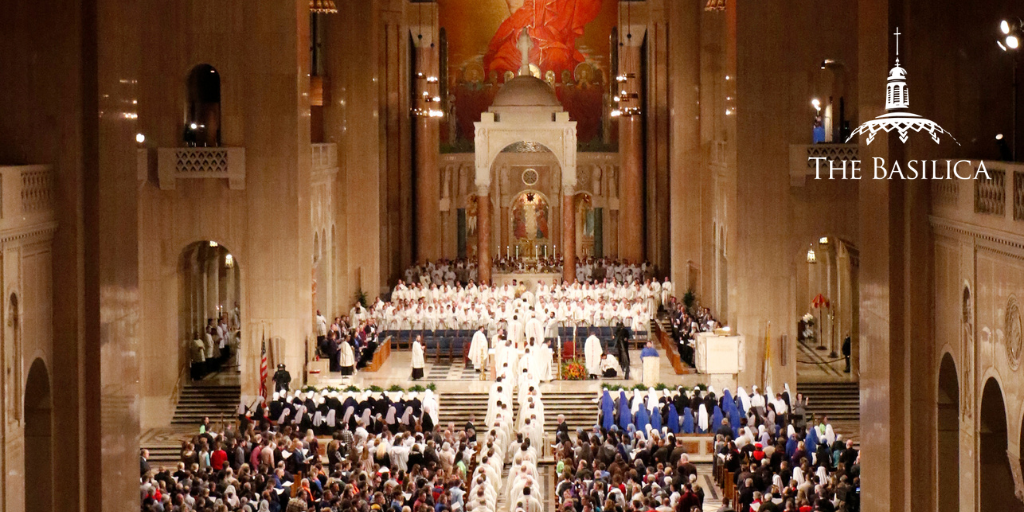 This year, thousands of pilgrims from around the nation will once again gather at the Basilica to pray for an end to abortion and greater respect for all human life. For over 40 years, Catholics have joined together annually to pray for the dignity of all human life, particularly the unborn. Following the reversal of Roe v. Wade, we still dedicate ourselves to this great cause. Today, we invite you to learn more about the origins of the National Prayer Vigil for Life, why we hold it every year, and what you need to know about this year’s Vigil.

When did the National Prayer Vigil for Life originate?

The National Prayer Vigil for Life was first held in 1979 under the title of National Rosary for Life and All-Night Vigil. Celebrated by Father John Gabin of Philadelphia, the Vigil Mass was held in the Crypt Church and attended by 50 people. Prayers, Eucharistic Adoration, and other devotions took place through the night, with Mass at midnight, and the March for Life in the morning.

Over the years, the event grew and grew, and now, attendees overflow from the Great Upper Church of the Basilica into the Crypt Church, Memorial Hall and side chapels, while hundreds of clergy concelebrate the Opening Mass of the National Prayer Vigil. Some years have seen as many as 20,000 pilgrims in attendance.

What did Dobbs change?

When the U.S. Supreme Court legalized abortion in the 1973 Roe v. Wade decision, the Catholic community was devastated. Babies came under attack in the place where they should be the safest – in their mother’s womb. Tragically, in the decades that followed, over 60 million abortions were performed in the United States.

As decades went by, and Roe seemed bound to become only further embedded in the American legal landscape, some began to despair.

But last year, the landmark decision was overturned with the ruling in Dobbs v. Jackson after nearly 50 years of fervent prayer for the unborn. Now, with states free to protect life, we’ve already seen an estimated 10,000 babies saved from abortion in just the first two months following the overturning of Roe v. Wade. A study published in October estimated that abortion rates have fallen 6 percent since the Dobbs ruling – and that in a year’s time, over 60,000 unborn babies could be saved!

Even still, the need for prayer for the unborn remains; while some states have taken measures to protect life, others are moving to codify anti-life policies. And there remains a need to pray for a respect for life in the attitudes and culture of our society.

The National Prayer Vigil for Life in 2023 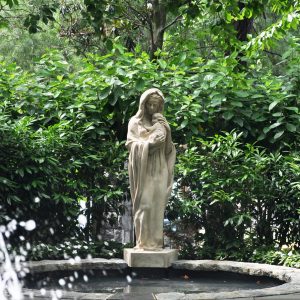 Both the Opening and Closing Mass will be livestreamed on www.nationalshrine.org/mass. For full schedule, see the event post.

Virtually Tour the St. Agnes Chapel
Who Was Anna in the Bible?