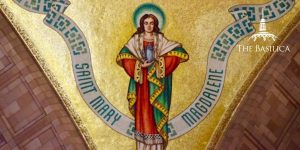 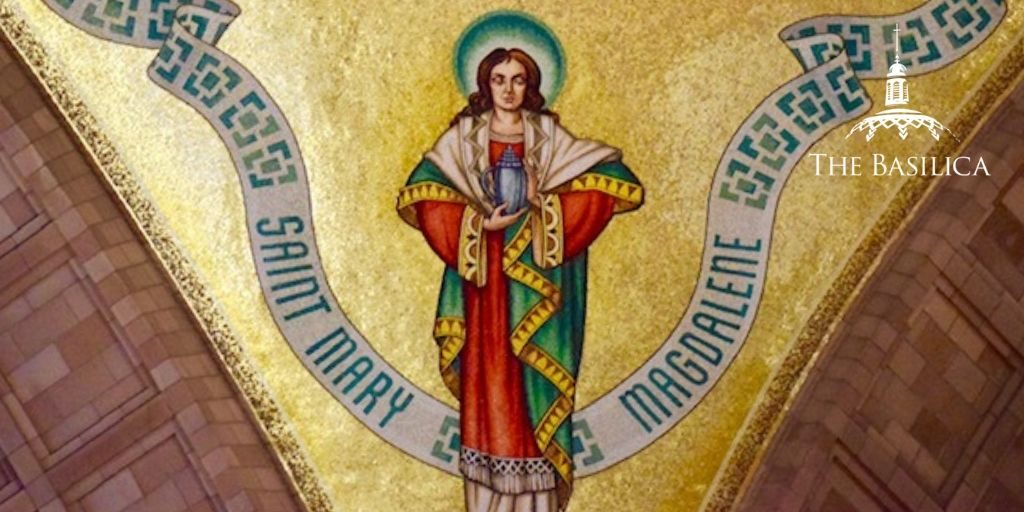 On July 22, we celebrate the Feast Day of Mary Magdalene. Mentioned fourteen times in the gospels, St. Mary was a devoted follower of Jesus, who accompanied him through pivotal moments of his ministry – on his last trip to Jerusalem, at the cross, and discovering his resurrection at the tomb. Mary Magdalene is especially significant as the first witness to see Jesus following the resurrection. In a time when women were regarded as second-class citizens, God gave Mary – a woman – a highly significant honor by appearing to her first and charging her to spread the news of his resurrection. At first, the disciples did not want to believe her when she told them.

There is slight variation regarding the details of Mary’s experience, as related in John 20 and Mark 16. A careful study of the texts reveals they are not in contradiction but rather reflect the authors’ decisions to emphasize different aspects of the account.

In John’s account, three days after Jesus’ crucifixion, Mary visits the tomb with Simon Peter and finds it empty, with the burial clothes abandoned. Thinking someone has stolen Jesus’ body, she becomes upset and goes out, weeping. She is met by two angelic beings who ask her why she is crying. Jesus appears to her in the garden outside the tomb, and at first she does not recognize him. When she does, she calls out his name, exclaiming “Rabboni!” (teacher). He responds: “Stop holding on to me, for I have not yet ascended to the Father. But go to my brothers and tell them, ‘I am going to my Father and your Father, to my God and your God'” (John 20:17). Mary Magdalene leaves to share the news of the resurrection with the disciples, conveying what Christ told her (v.18).

A Story of Redemption

Mary Magdalene’s story is still one of redemption. When Jesus met her, she was possessed by seven demons – a number, which by some accounts, is thought to signify the completeness of the extent to which they had overtaken her mind. At that point in time, Mary was likely deranged, subject to fits of outburst, exhibiting an untidy, disheveled appearance. However, though her mind was altered, this did not affect her moral condition. Her behavior may have been extremely abnormal, but it was not extremely immoral. Jesus cast out these demons from Mary, restoring her sanity and redeeming her mental state. Following his restoration of her mind, Mary began to accompany Jesus and his followers.

St. Mary Magdalene’s redemption and subsequent life of devotion to Christ serve as a powerful example of Christ’s love and power. Let us request the intercession of St. Mary Magdalene with the following prayer from Tom Cowan’s The Way of Saints:

Mary, instill in me the same kind of loyal devotion that kept you close to Jesus. Help me to see him as a great teacher and to keep an open mind to his teachings, especially the ones that I find hard. Also, may I discover the courage to say to others, ‘I have seen the Lord,’ as you did on that first Easter morning.

Celebrating the 56th Anniversary of the Installation of the Knights Tower Carillon
Caring for the Basilica: Meet the Sister Sacristans