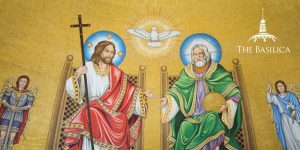 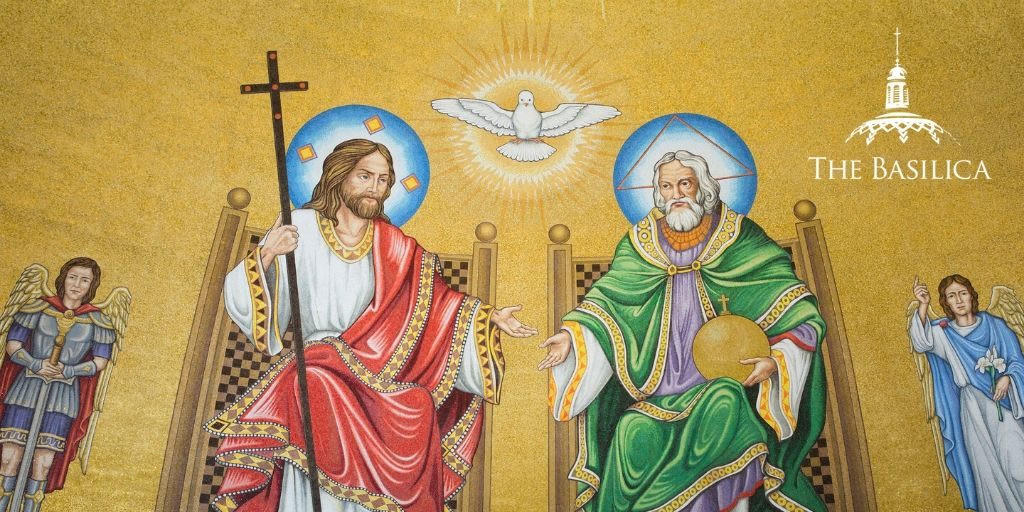 The first Sunday after Pentecost is known as the Solemnity of The Most Holy Trinity, focusing on the doctrine that God is three Persons in one.

What Is the Doctrine of the Trinity?

The doctrine of the Trinity is a profound mystery and can be difficult to understand; however, the Athanasian Creed provides a good summary:

In short, God is one God, in three distinct persons, each with different roles. God the Father is unbegotten, and he sent Jesus, his only-begotten Son, to be the propitiation for our sins. The Holy Spirit is our advocate, sent from both the Father and the Son to reveal the Gospel to us.

The Trinity in the Old Testament

Though the Bible does not specifically use the term “trinity,” the idea is found throughout Scripture, in both the Old and New Testament. Genesis 1:1-2 describes the Trinity being involved in creation:

God created the heavens and the earth. The earth was without form and void, and darkness was upon the face of the deep; and the Spirit of God was moving over the face of the waters.

In multiple places, the Psalms describe Jesus as the Son of God, including Psalm 2:7-8

I will proclaim the decree of the Lord,
he said to me, “You are my son;
today I have begotten you.
Ask it of me,
and I will give you the nations as your inheritance,
and, as your possession, the ends of the earth.”

The Trinity in the New Testament

In the New Testament, the Trinity is vividly shown in the baptism of Christ:

It happened in those days that Jesus came from Nazareth of Galilee and was baptized in the Jordan by John. On coming up out of the water he saw the heavens being torn open and the Spirit, like a dove, descending upon him. And a voice came from the heavens, “You are my beloved Son; with you I am well pleased.” (Mark 1:9-11)

In this event, the Son was baptized, the Holy Spirit descended, and the Father spoke from the heavens. The Father and the Holy Spirit confirmed the deity of Christ, while Christ submitted to his Father’s will.

During his earthly ministry, Christ also declared, “The Father and I are one,” pointing to his unity with the Father (John 10:30).

The Trinity at the Basilica

As we celebrate the Solemnity of the Trinity, we invite you to light a candle at the Basilica of the National Shrine of the Immaculate Conception. Vigil candles burn in the chapels throughout the Upper Church and lower crypt level of the National Shrine. Each candle represents the faith of the supplicants and their fervent prayers entrusted to the intercession of the Blessed Mother.

Light a candle
How Saint Boniface Brought the Gospel to Germany
Charles Lwanga: Faithful Unto Death