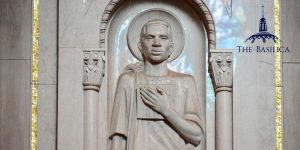 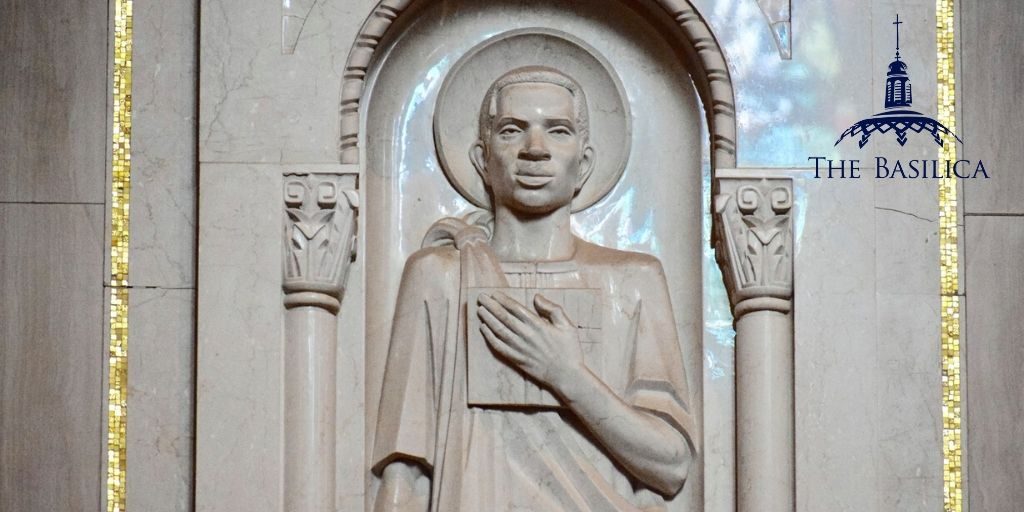 On June 3, we celebrate the Memorial of St. Charles Lwanga, who remained steadfast in his faith in the face of persecution. When his country plunged into a reign of hostility towards Christianity, he was unafraid to stand for the truth amidst corruption and cultural opposition to his beliefs.

Charles Lwanga was born in Uganda in 1865. In 1879, when Catholic missionaries arrived in the country, their strong witness inspired Lwanga to convert to Catholicism. At the time, the country was ruled by Mtesa, who was tolerant of missionaries and their beliefs. 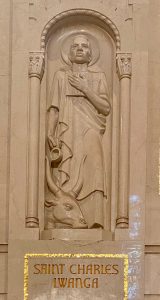 However, the end of Mtesa’s rule ushered in a dangerous climate for Christianity in Uganda. Mtesa’s successor, Mwanga, opposed European interference with their culture, and began to persecute Christians. When St. Joseph Mkasa, a recent convert, spoke out against Mwanga’s liaisons with the royal pages, Mwanga had him executed. Mwanga intended to make an example out of Mkasa and silence the Christians, but instead, they became more vocal.

After Mwanga discovered that a young page had been sharing the Gospel, he personally executed him by running a spear through his throat. The page’s death resulted in Lwanga’s promotion to director of the pages; Mwanga did not know that he, too, was a convert. Lwanga continued to share the Gospel, baptizing four of the young men under his charge.

When Mwanga learned of Lwanga’s activities, he commanded all the pages to come before him and declare whether they considered themselves Christians and whether they wanted to remain so. They shouted, “To the death!” Mwanga then sentenced them all to death—St. Charles Lwanga and fifteen pages who had been under his charge. On Ascension Day, the young men were stripped and bound, then burned to death. The persecution of Christians, both Catholic and Protestant, continued under Mwanga’s rule. In 1964, nearly a century after his birth, Charles Lwanga was canonized by Pope Paul VI.

Charles Lwanga at the Basilica

At the Basilica, St. Charles Lwanga is depicted in relief in the north nave bays. In his left hand, he holds a catechism, and in his right, a gourd used for baptizing. The waterbuck (a type of antelope) at his feet is the symbol of his clan.

Prayer to Mary, Queen of Martyrs

This prayer of Pope John Paul II, requests the intercession of the Blessed Mother for the faithful of Uganda:

Mary, Queen of Martyrs! To you we commend the Christians of this country. May the noble example of Saints Charles Lwanga and the Uganda’s Martyrs inspire them to offer their lives as a sacrifice pleasing to God. May their faith in Christ be seen in the holiness of their lives and in their charity towards their brothers and sisters. Strengthen priests and Religious in fidelity and apostolic zeal, and grant that more and more young people may respond generously to God’s call to serve him in the Church. By your loving intercession, may Christians be beacons of hope, letting their light shine before men, a leaven of Gospel values working for the spiritual and moral renewal of Ugandan society.