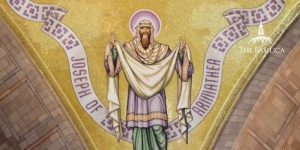 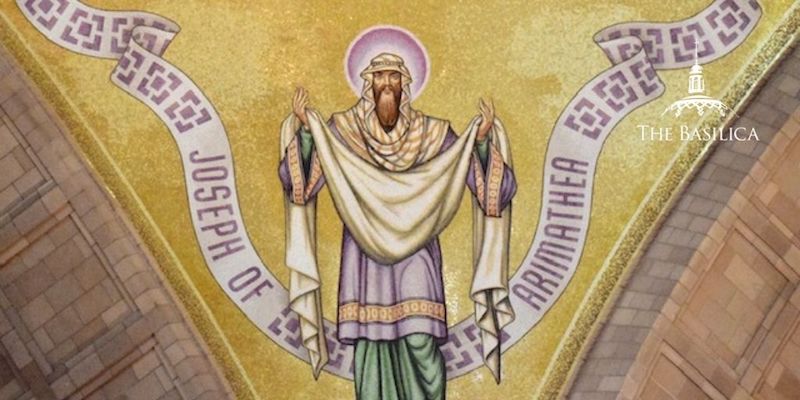 August 31 marks the feast day of Saint Joseph of Arimathea, who is known for burying Jesus’ body after the crucifixion. Though initially quiet about his faith, after Jesus’ death, Saint Joseph boldly revealed his dedication to Christ at the risk of losing his social standing. At the Basilica, Joseph of Arimathea is depicted in the Redemption Dome, which was completed 13 years ago this month.

Saint Joseph of Arimathea’s Role in the Redemption Story

Saint Joseph followed Jesus, but initially was not open about his beliefs, as he was a prominent Jewish leader. However, after Jesus was crucified, he went to Pilate and asked for Jesus’ body. He then buried the body in a tomb on his property – a tomb that he had likely intended to be his own. Not only did he donate his personal tomb so that Jesus could have a proper burial, but he risked his own social status by publicly declaring himself a follower of Christ.

The account of Joseph of Arimathea is recorded in three of the four gospels. Matthew 27:57-60 says:

When it was evening, there came a rich man from Arimathea named Joseph, who was himself a disciple of Jesus. He went to Pilate and asked for the body of Jesus; then Pilate ordered it to be handed over. Taking the body, Joseph wrapped it [in] clean linen and laid it in his new tomb that he had hewn in the rock. Then he rolled a huge stone across the entrance to the tomb and departed.

A Man of Courage

Mark 15:43 describes him as “a distinguished member of the council” and says that he went “courageously” to Pilate. John 18:39 mentions that Nicodemus also came with him, bringing a mixture of myrrh and aloes.

With this bold act, Joseph proclaimed his faith, and, as a result, the greatest miracle in history occurred in his garden. We can take inspiration from his example, and not be afraid to boldly proclaim our faith, no matter what effect it may have on our social standing.

Saint Joseph and the Redemption Dome

The second dome on the path to the Christ in Majesty, the Redemption Dome mosaic is split into four quadrants depicting the four redemptive acts of Christ: the Temptation in the Desert, the Crucifixion, the Descent into Hell, and the Resurrection from the Dead. Joseph of Arimathea is pictured on one of the dome’s four pendentives, which portray significant persons from these biblical accounts. The other three feature Lazarus, Simon of Cyrene, and Mary Magdalene. The base of the dome is encircled with the passage: “Worthy are you to receive the scroll and to break open its seals, for you were slain and with your blood you purchased for God those from every tribe and tongue, people and nation.” (Revelation 5:9)