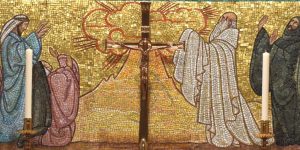 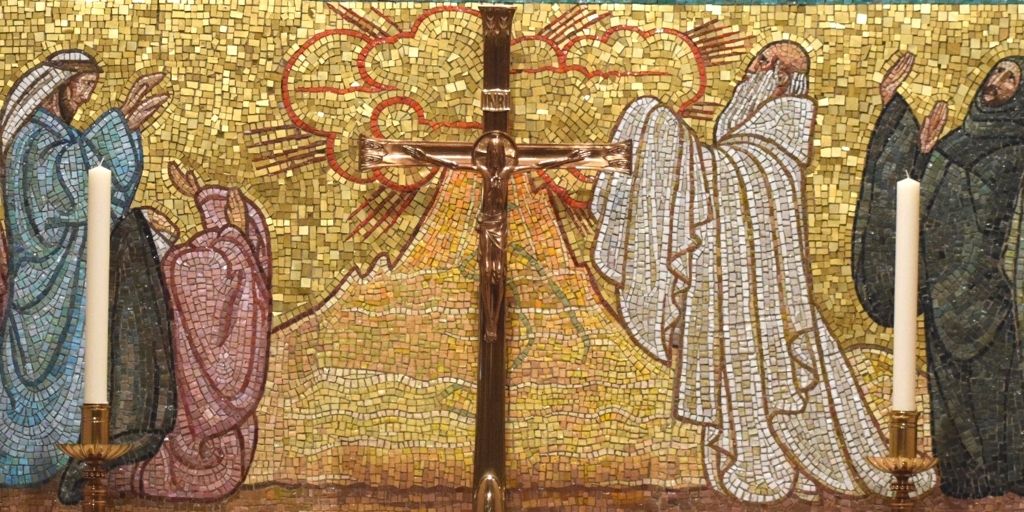 One of the major figures of the Old Testament, Moses exemplifies how God can use anyone – no matter how weak or insignificant they may seem – to accomplish His purposes. God raised him to be the leader of the Israelites in their journey from Egypt to the Promised Land, providing guidance for His people in spite of their unfaithfulness.

This is Part II of a two-part series on Moses. Read Part I here.

Providence in the Desert

As the Israelites traveled through the desert, the Lord used Moses as His instrument and provided for their needs in unique ways. When the water at Marah was too bitter to drink, He told Moses to throw a piece of wood in it, and it became palatable. He provided water for them again at Rephidim by having Moses strike the rock. In the mornings, He gave them manna, a bread that appeared like a frost on the ground. In the evenings, quail came to the camp, and they were able to eat meat. When they battled Amalek, He gave them victory with the raised arms of Moses.

Through Moses, the Lord also instituted priests, and gave them the law — most famously, the Ten Commandments — by appearing to him on Mt. Sinai in a cloud of fire. The glory of God was so great that the Israelites were not allowed to touch the mountain.

However, when Moses came down from the mountain, he discovered that the Israelites had made a golden calf and were worshipping it. He was so angry that he broke the stone tablets with the Ten Commandments that the Lord had given him. After punishing the Israelites for dishonoring God, he returned to the mountain to plead forgiveness for them, and the Lord gave him a new set of tablets. When Moses came down, his face was glowing from the glory of the Lord, and the Israelites were afraid to come near Him.

Spying out the Land

Soon the Israelites came to the Promised Land, and twelve spies were sent to survey the area. After 40 days, they returned with daunting reports of the people who dwelt in the region. All except two of the scouts (Caleb and Joshua) were afraid, and their apprehension discouraged the people of Israel. They began to doubt God’s plan, and wanted to return to Egypt. In response, God sent them back into the wilderness to wander for the next forty years, allowing only Caleb and Joshua to enter the Promised Land.

As the Israelites served their punishment for the next 40 years, Moses continued to lead them in spite of their unfaithfulness. Even with God’s constant provision, they complained to the Lord, and He sent deadly snakes among them. In His mercy, He had Moses fashion a bronze serpent: those who had been bitten could look upon it and live.

The Israelites also struggled to obey the Lord’s guidelines for sacrifice. When Korah offered unlawful fire to the Lord, he and his family were swallowed up into the ground.

Despite his strong leadership, Moses himself also disobeyed the Lord. After he failed to follow God’s instructions at Meribah Kadesh, the Lord said that he would not be allowed to enter the Promised Land. (The Lord had commanded Moses to speak to the rock to produce water for the people, but instead Moses struck it with his staff.) Though he was not allowed to enter the land, God took him to the top of Mount Nebo and showed it to him before his death, and had Joshua lead the Israelites into the Promised Land.

What We Can Learn: The Need for a Savior

The imperfect leadership of Moses and difficulties the Israelites faced in following the law demonstrated the need for the coming Messiah. The Israelites continually disobeyed God, failing to follow His law and trust in His goodness. Though they were unable to be holy, the coming Savior would set things right; He would be the perfect sacrifice and atone for their sins — permanently. In spite of their faithlessness, God was faithful. He provided deliverance for Israel, by not only bringing them to the Promised Land, but also providing ultimate deliverance in the form of His Son.

“And just as Moses lifted up the serpent in the desert, so must the Son of Man be lifted up, so that everyone who believes in him may have eternal life.

What is the significance of All Saints Day?
The Story of Moses - Part I: God’s Strength in Our Weakness