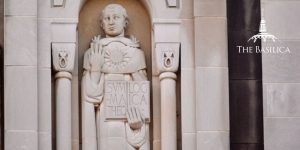 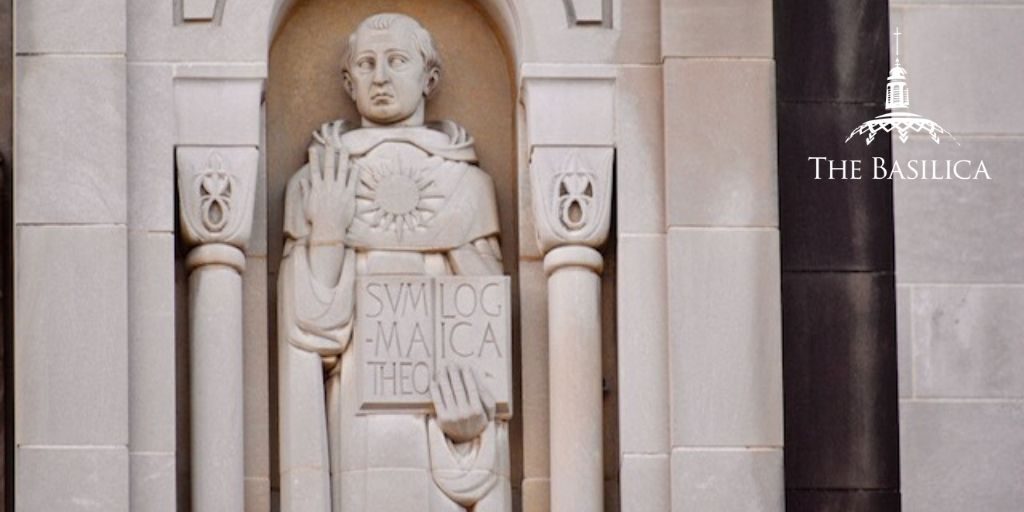 But sanctify Christ as Lord in your hearts. Always be ready to give an explanation to anyone who asks you for a reason for your hope, but do it with gentleness and reverence, keeping your conscience clear, so that, when you are maligned, those who defame your good conduct in Christ may themselves be put to shame. – 1 Peter 3:15-16

On January 28, we celebrate the Feast of Saint Thomas Aquinas, whose scholarship demonstrated the harmony of faith and reason. Thomas provided a critical philosophical framework for natural law and Catholic doctrine that would shape seven centuries of Catholic theology.

Born in northern Italy in 1225, Thomas Aquinas began religious training early on, studying at a monastery school in Monte Casino at age five. When he was 13, Thomas began studying at the University of Naples, and joined a Dominican order. When he informed his parents of this, they were aghast – the Dominicans were a mendicant order. They hoped their son would be part of a respected Benedictine order rather than one that entailed a life of poverty and begging. Determined to discourage Thomas from his Dominican ambitions, his brother kidnapped him and kept him captive in the family castle for over a year. But Thomas put this time to good use, his unquenchable intellectual curiosity inspiring him to study the work of Aristotle and Peter Lombard, as well as memorize Scripture.

Realizing that Thomas would not be deterred, his parents finally released him, and he rejoined the Dominican Order of Preachers. He continued to study at the University of Cologne, where he was a brilliant, yet quiet and withdrawn student. Deceived by his bulky form and reserved disposition, his fellow students called him “the Dumb Sicilian ox.” But his teachers knew better. “One day,” remarked one of his professors, “the lowing of this ‘Dumb Ox’ will be heard around the world.” True to the prediction, Thomas went on to receive his doctorate from the University of Paris, where he held the chair of theology, and began a prolific career writing, teaching, and preaching. 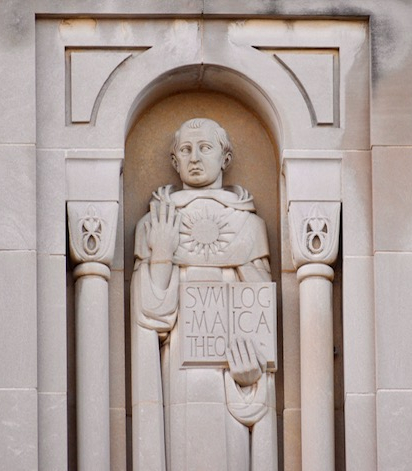 In 1266, Thomas began writing Summa Theologiae, his magnum opus. The first systematic treatment of Catholic doctrine, the work demonstrated the coherent logic of Christian thinking. Summa Theologiae relied on arguments from reason to prove spiritual truths such as the existence and characteristics of God. Parts of the work began to circulate and were met with criticism. Meanwhile, there were Church leaders who were skeptical of his affinity for Aristotle. In the heat of controversy, Thomas sought refuge with the Dominicans in Naples. Summa Theologiae remained unfinished. In 1272, he experienced a vision that convinced him to stop writing. “I can’t continue writing. Everything I have written seems to me like so much straw compared to what I have seen, and what has been revealed to me,” he remarked. Within two years, he passed away, but his legacy of theological scholarship remains to this day.

Saint Thomas Aquinas is portrayed in the East Façade of the Basilica.

In honor of St. Thomas, we invite you to light a candle today at the Basilica. Vigil candles burn in the chapels throughout the Upper Church and lower crypt level of the National Shrine. Each candle represents the faith of the supplicants and their fervent prayers entrusted to the loving intercession of the Blessed Mother.

Light a candle
Saint John Bosco’s Heart for Orphans
What Do You Know about the Conversion of Saint Paul the Apostle?