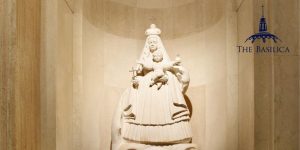 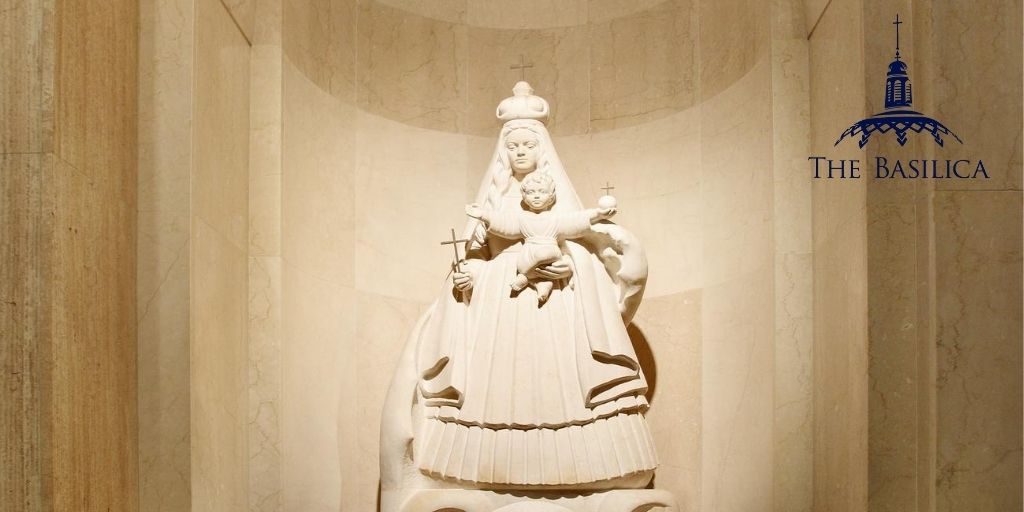 On September 4, we celebrate the anniversary of the dedication of the Basilica’s Our Lady of Charity Oratory, honoring the Blessed Mother under her title as patroness of Cuba. Today, we invite you to delve into the story behind this Marian devotion, which continues to strengthen the faith of Catholics around the world to this day. 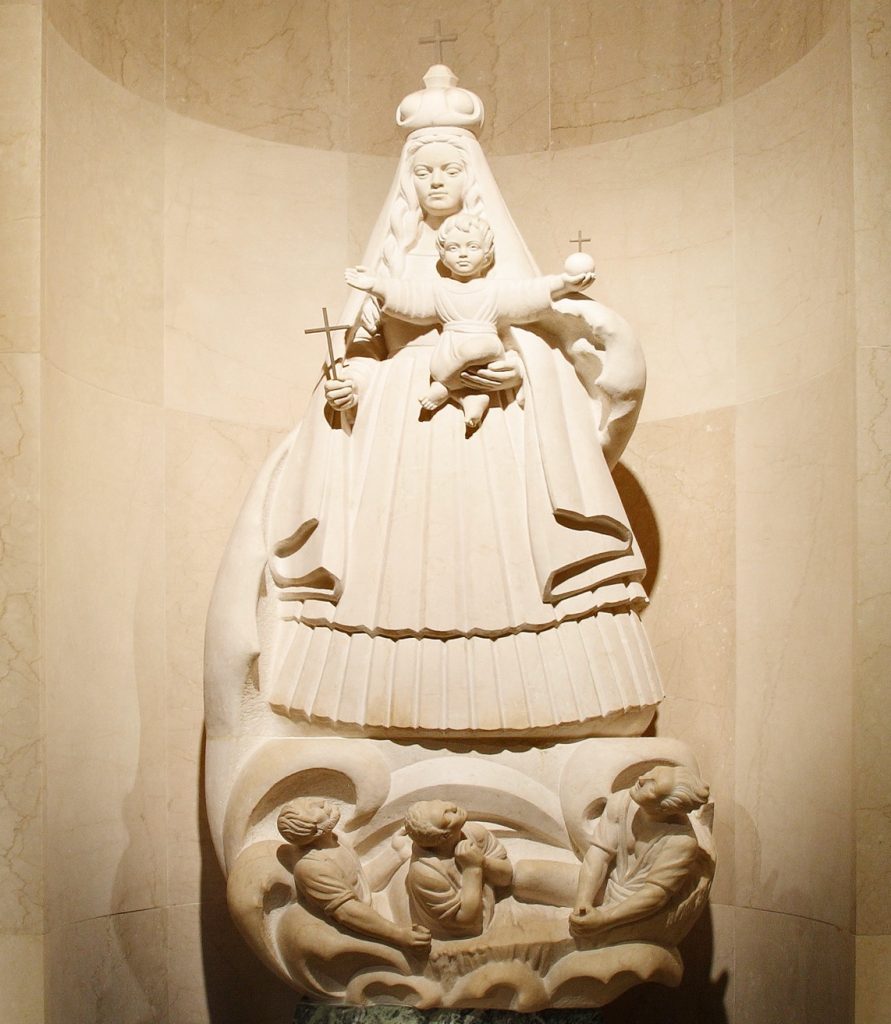 Three Sailors, a Storm, and a Statue

The devotion of Our Lady of Charity originated in Cuba in the early 17th century. According to tradition, one day, three Cuban peasants known as the “three Johns” went into the water of the Bay of Nipe to collect salt. A fierce tempest came down upon them, but as the storm lifted, they spotted a curious object floating towards them in the water: a statue of the Mother of Jesus attached to a board. Inscribed on the board was the declaration,” I am the Virgin of Charity.” Most extraordinarily, the men reported that the figure and its clothing were completely dry in spite of the raging waves and storm that had preceded its arrival.

Astonished, the men took the statue to their village, Barajagua, and it eventually found a home in the “El Cobre” parish. Some reported that during its residence at both places, the statue mysteriously vanished and reappeared in the Cobre Mountains. One night, villagers noticed a great light shining from the mountains, and at its source, they found the statue. On that spot, the villagers constructed a hermitage, where they placed the statue for veneration. Today, the site is known as the National Sanctuary of Cuba, and Cuban residents affectionally refer to Our Lady of Charity as “Cachita.”

It was not until 1688 that the Archdiocese of Santiago initiated the first inquiry into the peculiar origins of the statue. Centuries later, Pope Benedict XV proclaimed Our Lady of Charity to be the patroness of Cuba on May 10, 1916. In 1936, the solemn coronation of the statue took place at the Eucharistic Congress at Santiago de Cuba. 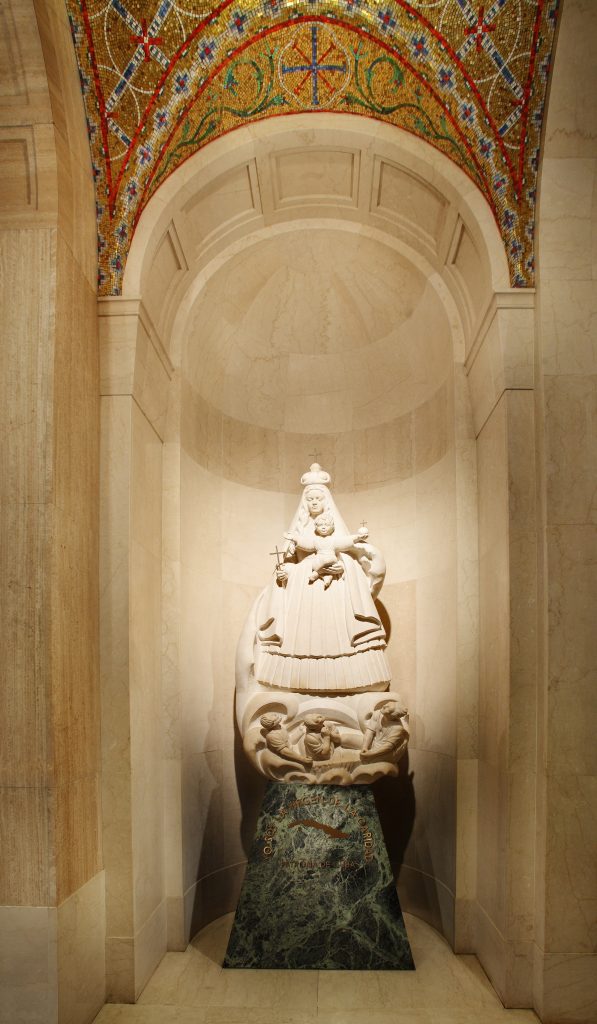 Where to Find Our Lady of Charity in the Basilica

You can find this manifestation of the Blessed Mother portrayed in the Basilica in the Our Lady of Charity Oratory in a statue of Botticino and Trani marbles. On September 4, 1977, the oratory was blessed and dedicated by Bishop Eduardo Tomás Boza Masvidal, Auxiliary of San Cristobal de la Habana, Cuba. It was gifted to the Basilica by Cuban-American Catholics.

Prayer to Our Lady of Charity

Inscribed in the Oratory is a prayer to Our Lady of Caridad (Charity) which reads:

Filled with joy, prostrate at your feet, I entrust myself entirely to you. Virgin of Miracles, heal the sick, console the afflicted, give hope to the destitute, preserve families from evil, protect the young and innocent. From your Chapel at Cobre, watch over the just, convert sinners, fortify thy priests, and save all Christians.

O Loving Mother Mary, Blessed Virgin of Charity, patroness of Cuba, pray for us now and at the hour of our death. Amen.

A Marian Prayer for Deliverance: Reflecting on the Miracles of Vailankanni
The Stories of 3 Great Saint Educators