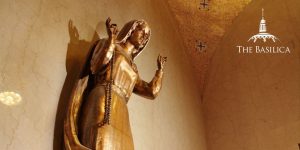 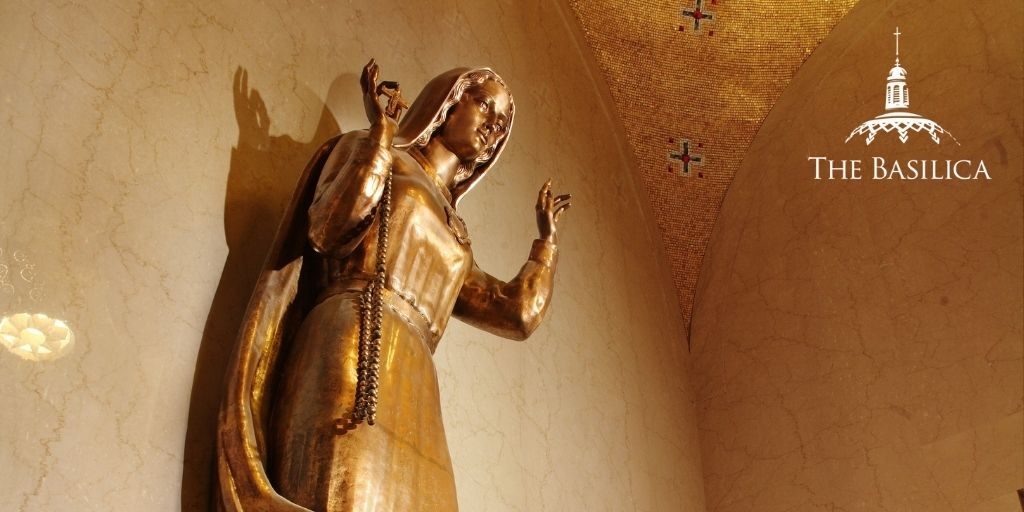 On May 13, we celebrate the Feast of Our Lady of Fatima, a Marian devotion known for providing peace and comfort in times of uncertainty. According to tradition, on May 13, 1917, the Virgin Mary appeared to three shepherd children, Lúcia dos Santos, Francisco Marto, and Jacinta Marto, near Fatima, Portugal. Learn more about this Marian devotion through the insight of three popes.

The Secret of Our Lady of Fatima

Appearing a total of six times, Mary asked the children to pray the Rosary daily and give devotion to her Immaculate Heart. During the last sighting, she gave them a three-part message known as the “Secret.” That same year, in what later became known as the Miracle of the Sun, on October 13, 1917, throngs of the faithful who gathered in Fatima reported seeing the sun dance in the sky.

Lúcia later became a Carmelite nun and revealed the first two parts of the “Secret” in her memoirs in 1942. The first was a vision of hell, while the second predicted the end of World War I and the possibility of World War II. The third part of the secret was not revealed until 2000: it was the story of a “bishop clothed in white” who was killed, which is believed to be a foreshadowing of the assassination attempt on Pope John Paul II in 1981.

The Our Lady of Fatima Statue in the Rosary Garden

Calling Us to Repentance

Pope John Paul II had a special relationship with Our Lady of Fatima because of the assassination attempt against him; he attributed his survival to her guiding hand. Though three bullets pierced his torso, two went through his abdomen without hitting any vital organs, while the third barely missed his heart.

In a 1997 message for the World Day of the Sick, Pope John Paul II remarked on the importance of Our Lady of Fatima’s call to repentance, a demonstration of her concern for mankind.

The Lady of the message seems to read the signs of the times – the signs of our time – with special insight… The insistent invitation of Mary Most Holy to penance is nothing but the manifestation of her maternal concern for the fate of the human family, in need of conversion and forgiveness.

Offering Ourselves to God

Pope Benedict was also greatly devoted to Our Lady of Fatima and waived the five-year waiting period for the sainthood cause of Sister Lucia because of her role in the miracles of Fatima.

In a message at the Shrine of Fatima in 2010, he discussed how Our Lady of Fatima calls for us to give up the comforts of the world and offer ourselves to God:

In sacred Scripture we often find that God seeks righteous men and women in order to save the city of man and he does the same here, in Fatima, when Our Lady asks: “Do you want to offer yourselves to God, to endure all the sufferings which he will send you, in an act of reparation for the sins by which he is offended and of supplication for the conversion of sinners?” (Memoirs of Sister Lúcia, I, 162).

At a time when the human family was ready to sacrifice all that was most sacred on the altar of the petty and selfish interests of nations, races, ideologies, groups and individuals, our Blessed Mother came from heaven, offering to implant in the hearts of all those who trust in her the Love of God burning in her own heart. At that time it was only to three children, yet the example of their lives spread and multiplied, especially as a result of the travels of the Pilgrim Virgin, in countless groups throughout the world dedicated to the cause of fraternal solidarity.

In Lucia’s account, the three chosen children found themselves surrounded by God’s light as it radiated from Our Lady.  She enveloped them in the mantle of Light that God had given her.  According to the belief and experience of many pilgrims, if not of all, Fatima is more than anything this mantle of Light that protects us, here as in almost no other place on earth.  We need but take refuge under the protection of the Virgin Mary and to ask her, as the Salve Regina teaches: “show unto us… Jesus”.

In honor of Our Lady of Fatima, we invite you to light a candle today at the National Shrine. Vigil candles burn in the chapels throughout the upper church and lower crypt level of the National Shrine. Each candle represents the faith of the supplicants and their fervent prayers entrusted to the loving intercession of the Blessed Mother.

Light a candle
Guide to Art: The Rosary Garden
Life with Lepers: The Extraordinary Story of St. Damien