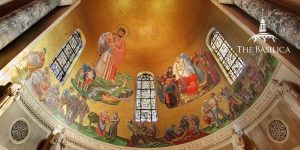 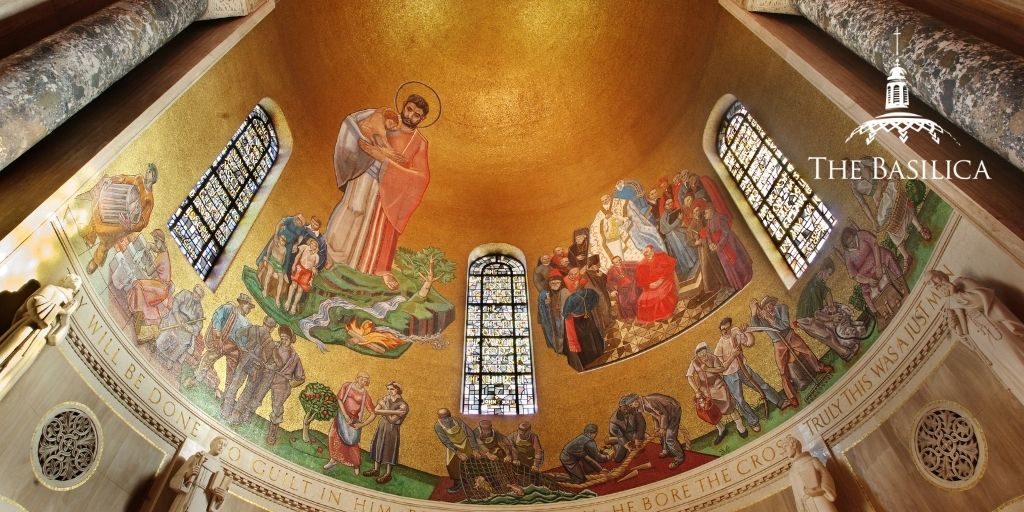 Did you know that this year we celebrate the Year of St. Joseph? December 8, 2020 to December 8, 2021 received this designation by Pope Francis in recognition of the 150th anniversary of St. Joseph’s sainthood, honoring his role in the redemption story as the earthly father of Christ. St. Joseph’s faithful fatherhood and unhesitating obedience to God serve as an example for us all as we raise children in the faith.

The Merits of St. Joseph

In Pope Francis’ declaration of the Year of St. Joseph, he stated:

Joseph saw Jesus grow daily “in wisdom and in years and in divine and human favor” As the Lord had done with Israel, so Joseph did with Jesus: he taught him to walk, taking him by the hand; he was for him like a father who raises an infant to his cheeks, bending down to him and feeding him.

Even through Joseph’s fears, God’s will, his history and his plan were at work. Joseph, then, teaches us that faith in God includes believing that he can work even through our fears, our frailties and our weaknesses. He also teaches us that amid the tempests of life, we must never be afraid to let the Lord steer our course. At times, we want to be in complete control, yet God always sees the bigger picture.

Though Joseph was a humble carpenter, he came from noble lineage — a descendant of King David himself. This regal nature is conveyed in the mosaic of the East Apse of the Great Upper Church, Saint Joseph, the Defender of the Church and Patron of Workers. St. Joseph towers over the viewer, holding the Christ Child. He is surrounded by Egyptian motifs, including pyramids, the Nile River, a palm tree, and an ibis, calling to mind the Holy Family’s flight into Egypt. The soffit mosaic depicts the flight into Egypt itself.

Lent: Why We Do What We Do: Part II
Great Women of the Bible: A Virtual Tour