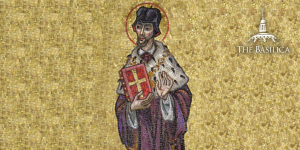 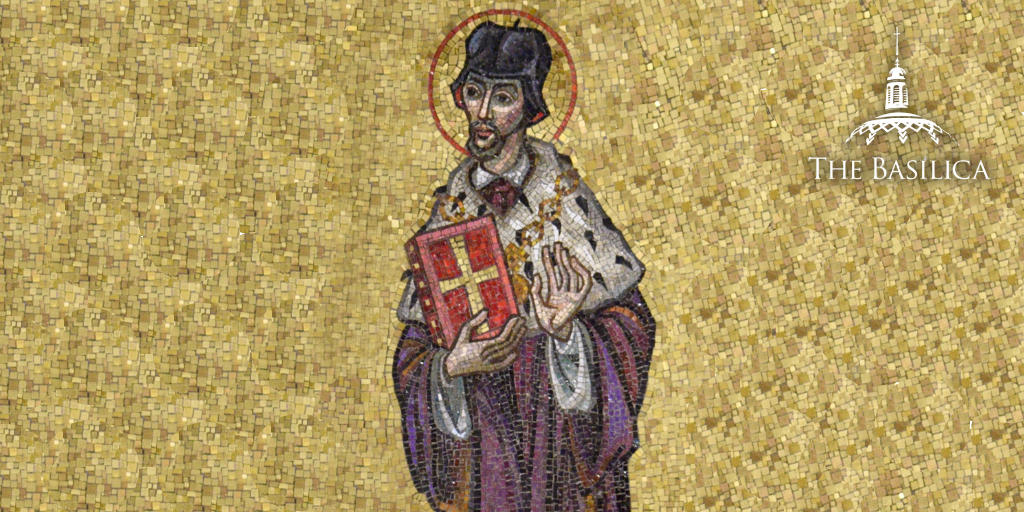 On December 23, the Church celebrates the Feast of Saint John of Cantius, a Polish professor and priest whose life serves as an example of faithfulness in hardship. Despite facing unjust accusations, John did not succumb to anger or frustration, but humbly trusted in God’s plans until his innocence was proven. In today’s post, we invite you to learn more about his life and legacy, and where he is portrayed at the Basilica.

A man of humble origins, John was born in the Polish town of Kenty in the early 1400s. After showing himself to be a talented student at his local school, John continued his studies at the Academy of Krakow. During his time there, John became not only an apt scholar, but a kindhearted and godly man. As he excelled, he found himself drawn to the study of philosophy and theology, eventually graduating with a doctorate.

Soon after his graduation, John was ordained as a priest. Rather than serving in the Church, John felt called to be a professor of theology at his alma mater. However, John’s tenure did not last long, as fellow professors grew jealous of how popular he became with the students, and falsely accused him of wrongdoing. Without even giving him a chance to defend himself, the school leaders sent him to serve as a parish priest at the town of Olkusz.

Anxious about his new position shepherding a church, John poured his whole heart into serving his parishioners. At first, many were unwelcoming to their new priest. But slowly he gained the parishioners’ trust, and when he was called to resume teaching at Krakow after the charges against him were proven invalid years later, they pleaded with him to stay.

A Faithful Example of Humility

Once he returned to the Academy of Krakow, John served as the professor of Sacred Scripture, a position he held for the remainder of his life. Despite all the ill will he had suffered at the school, he did not behave self-righteously, but forgave those who wronged him, and acted with humility. He gave most of his earnings to others in need, keeping only a small amount for clothing and food.

Above all, John always acted with a meek heart – something demonstrated rather comically on one occasion when he was invited to dinner by a nobleman. Upon his arrival at the nobleman’s home, a servant denied him entry, assuming he was a beggar because of his frayed clothes. Rather than confront the servant, John returned home, changed into a newer cassock, and was then received into the nobleman’s house. However, during the dinner, a different servant spilled on his clothes. While others might of have responded in anger, John stated with amusement,

“No matter. My clothes deserve some dinner, too. If it hadn’t been for them I wouldn’t be here at all.”

Not only did John provide a faithful example of humility to those around him, but he encouraged his students to live lives of kindness and generosity. He is remembered for often telling them:

“Fight all error, but do it with good humor, patience, kindness, and love. Harshness will damage your own soul and spoil the best cause.”

Over the course of his life, John made several pilgrimages, one to Jerusalem and four to Rome, and it is believed that he performed several miracles. He passed away in 1473 at the age of 61, and was canonized by Pope Clement XIII in 1767. He is portrayed in the East Apse of the North Façade and in the Our Lady of Czestochowa Chapel at the Basilica.

Embracing the Mystery of the Incarnation: Msgr. Vito’s Nativity Reflections
4 Places You Can Find the Nativity in the Basilica’s Art