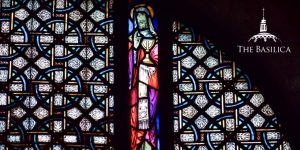 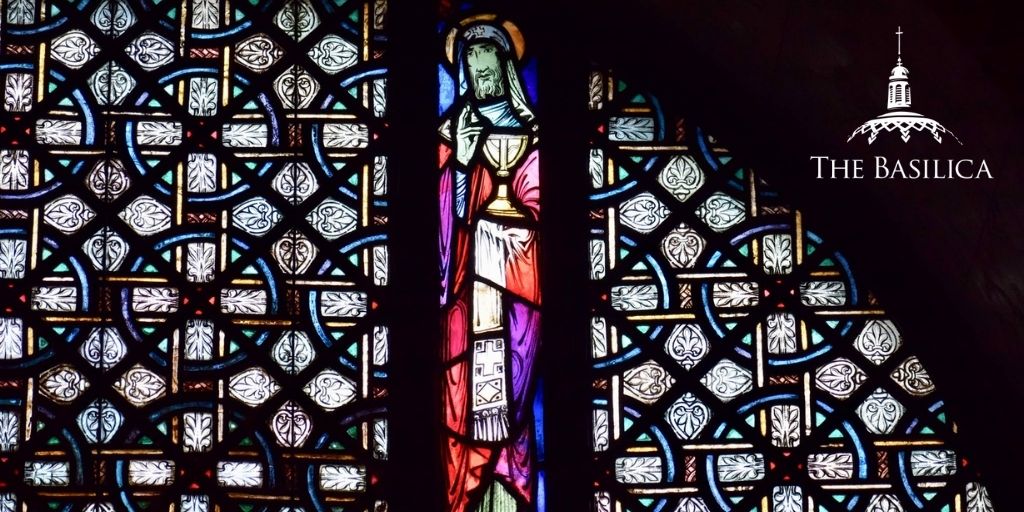 On March 18, we celebrate the Feast of St. Cyril of Jerusalem, Bishop and Doctor of the Church. An early Church father who sought harmony amongst the faithful, he always conducted himself with grace, even in the face of slander and rejection. Today, we invite you to learn more about his life and legacy, and where you can find him portrayed in the Basilica.

Cyril was born in Jerusalem in 315 and became a bishop in 348. At the time, the tentacles of the Arian heresy had reached throughout the Roman Empire, splintering the Church and pitting spiritual leaders against each other.

Arianism denied Christ’s divinity, and understandably, tensions ran high on either side of the debate.

Cyril, however, wasn’t prone to passions. With his “diplomatic and conciliatory nature,” he was loathe to take a strong stance against either persuasion. Dissatisfied with his ambivalence, many in the Church levelled slanderous accusations against him, alleging that he had sold church property in exchange for support for the underprivileged. The schemes of his enemies culminated in a 16-year exile, alienating him for nearly half of his 35-year career as a bishop.

Cyril’s Contributions to the Church

Despite these obstacles, Cyril still managed to leave a significant impact on the faith. He was a father of the Eastern Rite and participated in the First Council of Constantinople (A.D. 381), which defined the equality of the Holy Spirit with the Father and the Son.

One of his works offers the “earliest statements of Christian theology we possess,” with guidelines for baptism candidates, a positive framework of belief, and an explication of the relationship between faith and works, as he once said, “Pious doctrine is not acceptable to God without good works.” The book is the only text of St. Cyril the currently remains in existence.

You can find St. Cyril portrayed in the Basilica in the east chancel bay and the west chancel of the Great Upper Church.

What is 40 Hours Devotion?
4 Irish Saints to Remember on St. Patrick’s Day