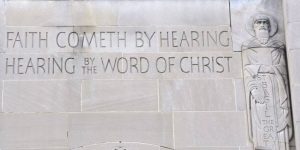 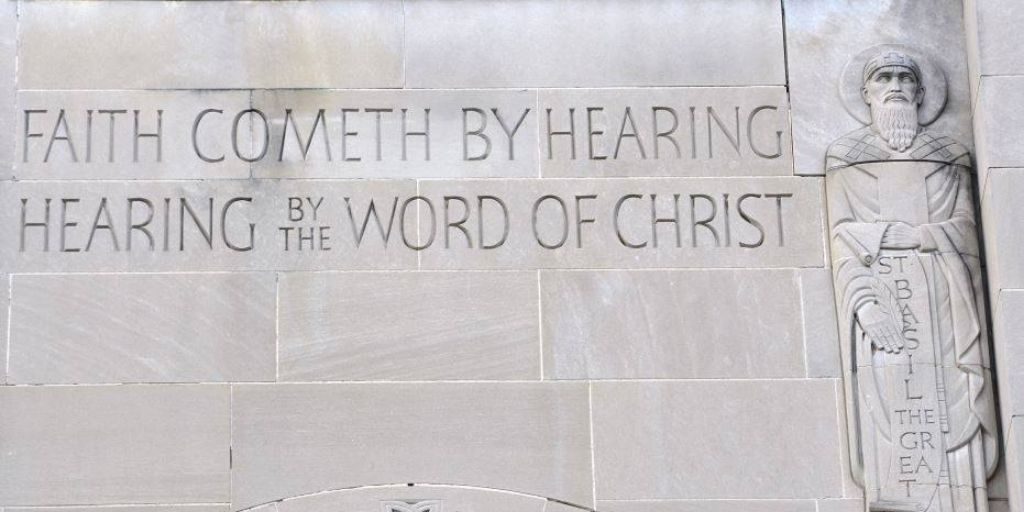 Celebrated on January 2, St. Basil the Great lived when disagreements about Arianism were pervasive and divisive. Arius, a citizen of Alexandria, thought that Christ was created by the Father and was not fully God, and many began to follow his teachings. In response, the Church developed the Nicene Creed. St. Basil was influential in fighting the Arian heresy, writing many works to support the Church’s stance.

Born in 329 in Caesarea, Basil was one of ten children in a Christian family. He was fortunate to be able to study in Constantinople and Athens, returning to Caesarea to teach rhetoric. At the age of 29, he was baptized into the Church and began to live as a hermit. As he began to attract followers, he decided to pursue the priesthood and eventually became archbishop of Caesarea.

A moving orator and writer, Basil used his talents to fight the against the Arian heresy that was prevalent at the time. The heresy was causing conflict inside the Church and out. Even the emperor Valens was an Arian and was at odds with Basil, splitting his region into two dioceses to undermine his authority as archbishop.

Despite the opposition he faced, Basil was a compassionate leader, directing his attention both to the spiritual and temporal needs of his flock and region. He preached as often as twice a day, cared for the needy, and provided support during a famine. At the same time, he dedicated himself to fighting against prostitution, and even built a hospital.

He was also a prolific writer, penning many letters and books to defend the Church’s doctrine. In his writings, Basil argued that even though we may not be able to understand God’s supreme essence in our finite state, we can experience God’s power through physical realities.

Saint Basil the Great, one of the most eminent Fathers of the Eastern Church, showed to all those who wished to give themselves completely to God the way of monastic life, “where the precept of concretely lived charity becomes the ideal of human coexistence, where the human being seeks God without limitation or impediment” (cf. Orientale Lumen, 9). Saint Basil is for you a model of perfect service of God and the Church. His whole life consisted in the harmonious exercise of the virtue of faith and in acts of practical love in the spirit of the evangelical counsels.

In the Basilica, St. Basil is portrayed in East Portico and the Baldachin of the Great Upper Church.

In honor of St. Basil, we invite you to present your intentions, both great and small, to Our Lady by lighting a candle today at the National Shrine. Vigil candles burn in the chapels throughout the upper church and lower crypt level of the National Shrine. Each candle represents the faith of the supplicants and their fervent prayers entrusted to the loving intercession of the Blessed Mother.

Light a candle
Who was the first American man to become a saint?
Honoring Mary as the Mother of God: Virtual Art Tour