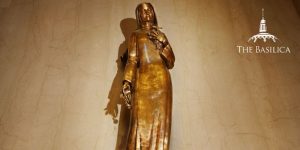 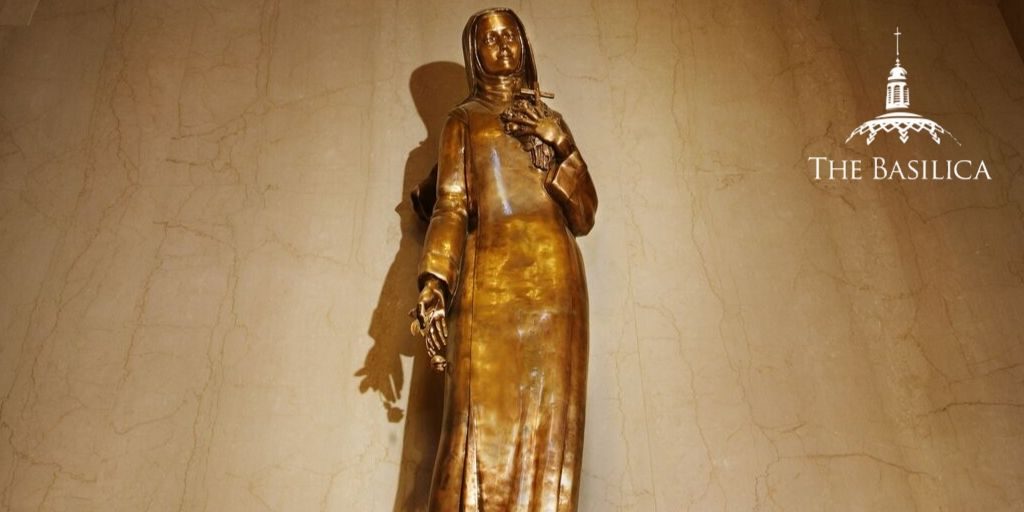 “For me, prayer is an upward leap of the heart, an untroubled glance towards heaven, a cry of gratitude and love which I utter from the depths of sorrow as well as from the heights of joy.” – Saint Thérѐse of Lisieux

On October 1, we celebrate the Memorial of Saint Thérѐse of Lisieux, who is beloved for her writings on holiness and her attitude of love. Saint Thérѐse only lived for a short 24 years, yet her works of spiritual guidance have strengthened the devotion of the faithful throughout the ages.

Saint Thérѐse was born the daughter of a watchmaker in the rural town of Alençon, France in 1873. As a child, she was not very social, and at age fifteen she joined a Carmelite convent in Lisieux with her sisters. Though geographically removed from the rest of the world, Thérѐse’s impact on the faithful around the globe would prove far-reaching. During her time at the convent, she wrote a spiritual guidebook called The Story of a Soul, describing the path to sanctity and offering practical guidelines for holy living, with reflections from her own experience. With millions of copies printed in over 38 languages, this book is now one of the top bestsellers of all time.

In Thérѐse’s book, this path to sanctity is facilitated through a constant awareness of God’s presence in all that one does – something she called “the Little Way.” Thérѐse carried this character of “littleness” into her own self-perception, viewing herself as ordinary – a “Little Flower” – but treasured by God. She saw herself as serving a “vocation of love.” Yet in the face of severe physical suffering, Thérѐse displayed faithfulness and devotion that was far from ordinary. Thérѐse was plagued by tuberculosis, and the majority of her Story of a Soul book was written in the last eighteen months of her life, a time of immense pain for her.

Saint Thérѐse was also committed to praying in a spontaneous, authentic way, and disliked poring over piles of books for prayers.

“For me, prayer is an upward leap of the heart, an untroubled glance towards heaven, a cry of gratitude and love which I utter from the depths of sorrow as well as from the heights of joy.”

Saint Thérѐse died from tuberculosis on September 30, 1897. She was canonized on May 17, 1925 and was proclaimed a Doctor of the Church on October 19, 1997 in recognition of her profound spiritual insights.

Saint Thérèse and the National Shrine

The relationship of the “Little Flower” to the Basilica of the National Shrine of the Immaculate Conception is a special one. In 1923, Fr. McKenna, the first director of the Basilica, visited the monastery in Lisieux, France and spoke with one of the siblings of Thérèse, who was also a Carmelite nun, and promised to pray for the success of the National Shrine. Fr. McKenna gave a photograph of the Shrine to the Mother Superior, which she hung in the cell once occupied by Sr. Thérèse. Fr. McKenna again visited the convent at Lisieux in 1925, the year of her canonization. At the chapel of “the Little Flower” in the convent church, Fr. McKenna offered Mass for the success of the Basilica.

On October 5-6 in 1999, as part of the worldwide tour “Pilgrimage of Grace”, the relics of Saint Thérèse of Lisieux made their first stop on the four-month tour, in the Great Upper Church of the Basilica for public veneration.

In honor of the Memorial of Thérѐse of Lisieux, we invite you to Light a Candle at the National Shrine. Vigil candles burn in the chapels throughout the Upper Church and lower crypt level of the National Shrine, representing the faith and prayers of the supplicants.

Light a candle
A Guide for the First-Time Visitor to the Basilica
On This Day in History: The Laying of the National Shrine’s Foundation Stone