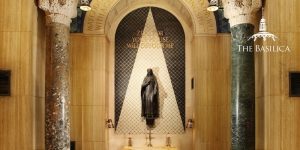 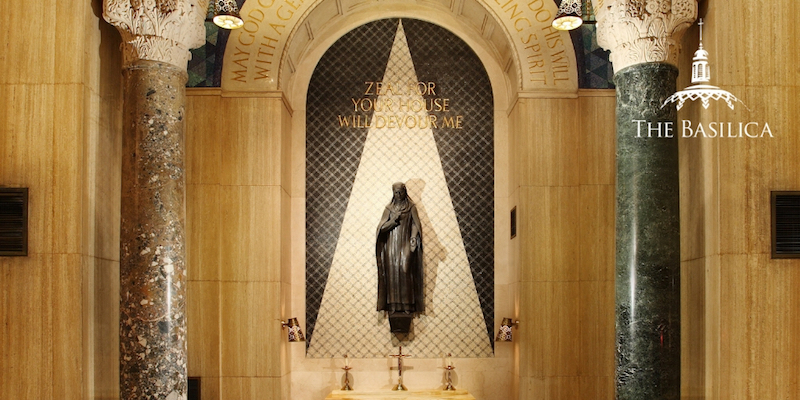 Saint Catherine of Siena was born in 1347, the 25th child of an Italian wool-dyer and cloth merchant. It was a time of chaos and corruption for the Church and for society as a whole. Catherine also experienced turmoil in her home life; at the age of fifteen, her parents pressured her to marry her sister’s widower. Instead, she became a lay Dominican, living a solitary life.

During her isolation, she began to have visions of Christ, which inspired her to look beyond her aesthetic life and serve others. She devoted herself to a life of activism, dictating hundreds of letters to state and church officials, calling on them to use their authority for the good of the people, rather than abusing their power. She also became involved in local politics, encouraging towns to support the pope and unite with other Christians, rather than focusing on disagreements.

Catherine is also credited with convincing Pope Gregory XI to return from Avignon to Rome in 1376. When his successor, Urban VI, was elected and the Great Schism occurred, Urban VI brought her to Rome. She advised him and encouraged Catholics to support him as the rightful pope. However, her great activism took its toll on her physical health; at the age of 33, she suffered a stroke which led to her death.

Pope Paul VI declared Catherine a “Doctor of the Church” in 1970 for her extensive writings on mystical prayer. Today, we can be inspired by her activism and stand against the evils in our society, whether we fight for the unborn, for the family, or for the poor and vulnerable.

Here at the Basilica, we have a chapel dedicated to Saint Catherine of Siena, commemorating her passion for and lasting impact on the Church. She can also be found in the Our Lady of the Rosary Chapel and Our Lady of Pompeii Chapel.