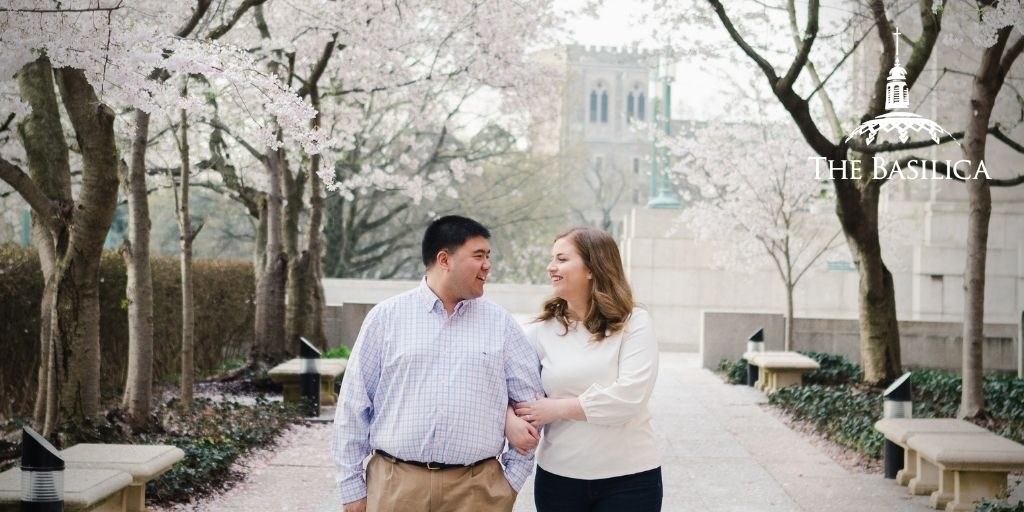 For Greta and Victor, the Basilica hasn’t just been another church – it’s been life-changing. Growing up in Miami, Greta was raised in a charismatic Catholic Church. When she moved to D.C. to attend The Catholic University of America, she was struck by the haunting beauty of the Basilica’s traditional liturgies. But that wasn’t all – at Catholic University she also met Victor, whose devout faith and gentle heart quickly won her respect. Not only did they share a deep mutual affection, but a passion for the life of the Church, serving in various roles at the Basilica. This past January, they married. Today, we asked them to share their story and their experience at the Basilica.

Can you each tell us a little about yourself? How did you first get involved with the Basilica? 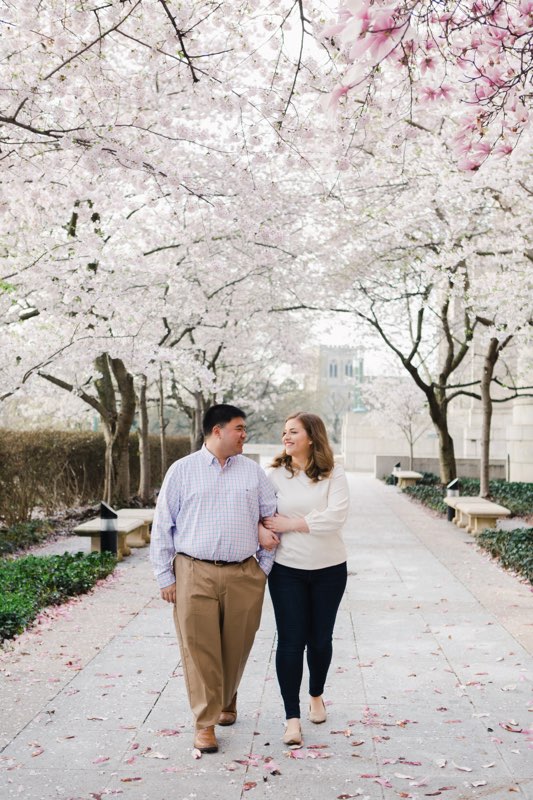 Victor: I was born and grew up just outside Chicago. I came to D.C. to attend The Catholic University of America where I earned both my Bachelor’s and Master’s degrees. I started volunteering at the National Shrine as an altar server and lector in 2010, when I began studying at Catholic University. In 2015, I joined the staff in the Office of Liturgy.

Greta: I grew up in Miami, Florida, and came to D.C. to attend The Catholic University of America where I earned a B.A. in Theology. I then attended James Madison University and earned my M.Ed. in College Student Personnel Administration. In 2015, I started working as a Communications Assistant for the Basilica. I have helped and volunteered in various capacities since then.

What is your favorite place in the Basilica? Are there any spots that have special meaning for you?

V: My favorite spot is the Blessed Sacrament Chapel. I always feel at peace praying in the presence of the Lord, and the canopy above the tabernacle evoking the image of manna coming down from Heaven is so powerful. A special place for both of us is the Crypt Church, where we attended daily Mass while in college and still get to do now. 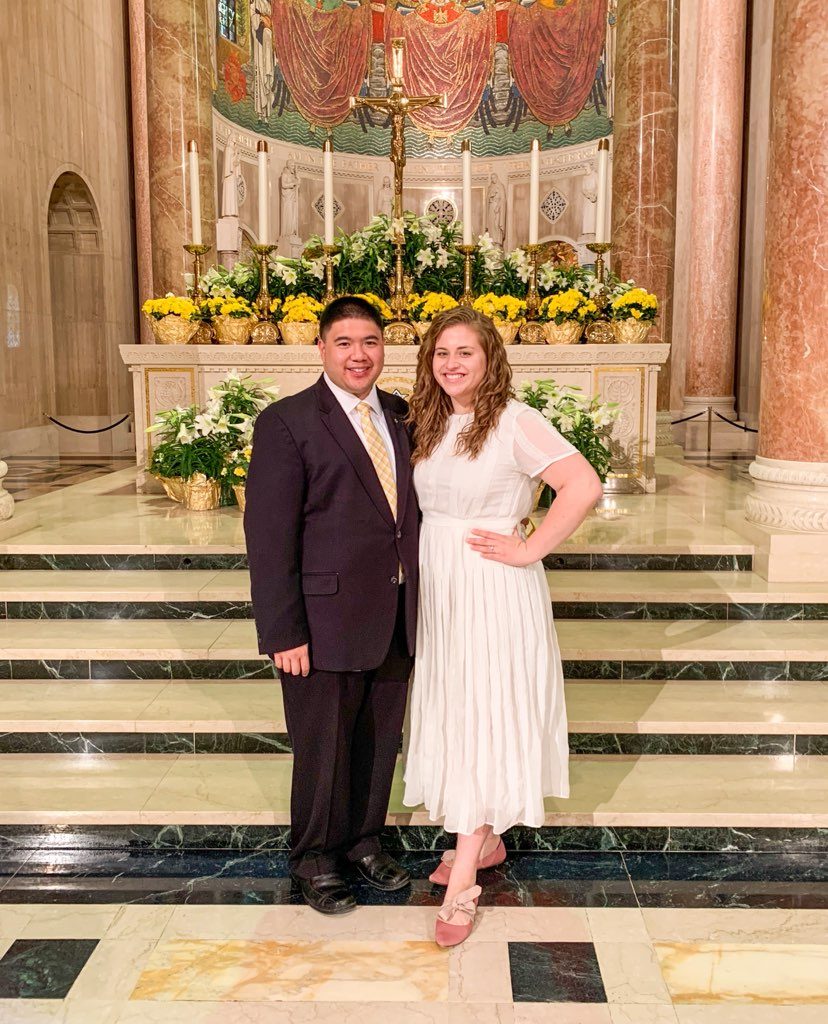 What role has the Basilica played in your life? What has been the most rewarding aspect of your involvement at the Basilica?

V: The Basilica has played a huge part in the development of my prayer life. As a student, it kept me grounded in my faith and allowed me to practice it easily. Today, it is still a spiritual home. I think the most rewarding aspect has been working during the pandemic. For some time, places of worship were closed to the public, including the Shrine. I felt greatly honored and privileged to still bring the Mass to the faithful through our livestream broadcasts. It made me feel that I was doing something to help others keep their faith alive.

G: The Basilica has really strengthened my devotion to the Holy Eucharist. In college, I went to Mass almost every day and I was so grateful for the Basilica’s early morning Mass times so I could incorporate Mass into my schedule. Now, I feel incredibly blessed to pray in the Basilica on a regular basis.

Additionally, being able to cover various aspects of the Trinity Dome construction via social media was an incredible, once-in-a-lifetime experience.

What is your favorite memory from your time at the Basilica?

V: My favorite memory is of the preparations for the dedication of the Trinity Dome. It was a great feeling to be part of history – the completion of the Basilica according to its original designs. I remember the joy and awe people felt as the dome was lit up during the dedication Mass.

G: Year after year I love attending the Basilica’s Triduum and Easter Masses. The liturgies are incredibly beautiful, prayerful experiences.

What do you think draws people to the Basilica?

V: I think the Basilica is a place where all people can commune with God. Whether one is inspired by mosaics detailing the Creation, columns that rise towards the heavens, or small quiet spaces, one can find them all at the National Shrine.

G: I think the Basilica’s many interpretations of Mary make the Basilica such a special place. It is my hope that people come to the Basilica for a meaningful prayer experience while also being immersed in the Catholic faith.

Basilica Chosen by the Holy See to Lead Worldwide Rosary to Pray for an End to the Pandemic
Joseph: God’s Providence and the Power of Forgiveness