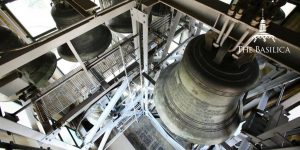 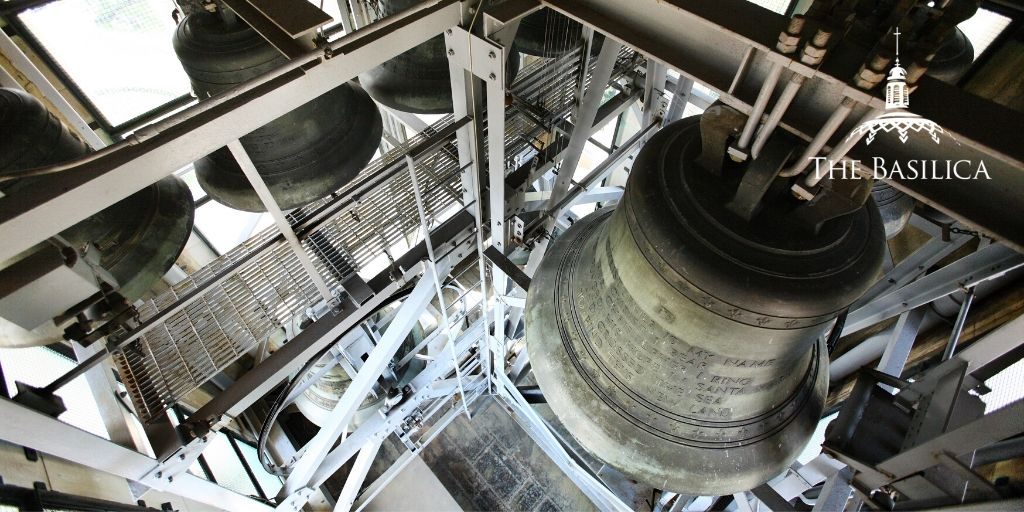 “Mary is my name. Mary is my sound. For Knights to God and country bound and all who hear my voice, I sing the praises of God.”

Today, a Knight of Columbus of 25 years, Pat McAleer, shares his story, reflecting on the role the Basilica has played in his life and what it means to him to be a Knight. After a diverse career promoting music, driving for UPS, and serving as a probational officer managing a 400-case workload, he found himself in the heart of America’s Catholic Church.

It was 1990 when I had what some may call an awakening. I went for a drive by myself thinking about my life, good and bad. I wanted all good, but I had to make a change in my life to be a better husband and father. I ended up at the Basilica facing Jesus in the Upper Church. While I had been serving others through my work in some form or another, I realized that something was missing in me. That day I made a commitment to include God in all I did.

Life began to change for the better.

I became quite active in my local parish, from ushering at Mass and training altar servers to assisting the priest with grounds work. After a fellow parishioner/usher invited me to an informational meeting about the Knights of Columbus, I was voted in as the warden of the council. Shortly after, I joined the Knights of Columbus, and in 1995, I was installed as Grand Knight of the St. Paul Council. In 1998, my involvement with the Knights further expanded when I left my job as a probation officer to become a Field Agent for the Knights of Columbus.

Although my grandfather Arthur McAleer was one of 1,000 Fourth Degree honor guards who attended the National Shrine’s dedication in 1959, I didn’t think about volunteering with the Knights of Columbus Shrine Usher Ministry at the Basilica until I read about it in my Grand Knight informational packet. I immediately signed up for the training class and began usher duties. In 2007, I was appointed Chairman for the Knights Usher Ministry, with duties including recruitment and training, as well as periodical reviews of our volunteers and overseeing each Chief Usher and their Mass teams. It is an honor to provide a welcoming experience for all the visitors entering the church for Mass or other events we serve, and I cherish my role as an usher.

I also am on the Canopy team for Adoration Procession, Holy Thursday and Corpus Christi, which is one of my favorite things to be a part of. Although it is not easy carrying the canopy with gusts of wind for the outdoor procession, it is one of the most honorable duties, as we protect the Blessed Sacrament.

The Best Part of Serving at the Basilica

What I most enjoy about being at the Basilica is meeting such wonderful people and sharing information with them to enhance their experience. I also enjoy the training of new ushers who are eager to serve. It is a joy to be around men who are truly good and want to please God with their service, and I know I am a better Catholic man because of my service at the Basilica. The best compliment I ever received was from a candidate for usher who said to me, “I wanted to become an usher after observing the way the men served at Mass.”

The Role of the Basilica in Pat’s Life

What is my favorite place in the Basilica? I can answer that this way: I have fond memories of being with my grandmother in the Crypt Church, so when I am in the Crypt Church, I think of her. But when serving, prior to Mass, I often face the bas relief to watch the congregants entering the church. Their faces reflect the awesome sights they see. Whether they are returning visitors, or if it is their first time setting foot in the Basilica, they are moved by the magnificent glory of this beautiful Basilica dedicated to Mary, the Mother of Jesus! For some, it may be their own “awakening.”

The Basilica of the National Shrine of the Immaculate Conception has been and remains a huge part of my life. A refuge, a safe haven, a place that I can be silent and listen to God speak to me. Often, I feel an urge to stay longer, even though I must be on my way home. The many chapels of the Basilica have given me time to reflect on all the peoples of the world that honor Mary as well.

The impact the Basilica has had on me and my Catholic faith is immense. My faith is strengthened each time I visit “Mary’s House.” Each visit, my eyes are drawn toward the main altar in the Upper Church. As I look at the Majestic Jesus, I am reminded of the day thirty years ago when I asked for Jesus for help. He answered me and has guided me ever since. I pray I have done better in my life, helping others in Jesus name. Amen, amen!

The Significance of the Dignities of the Basilica
A Testament to God’s Deliverance: Shadrach, Meshach, and Abednego