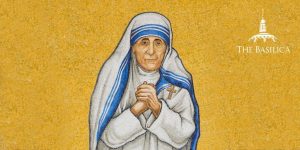 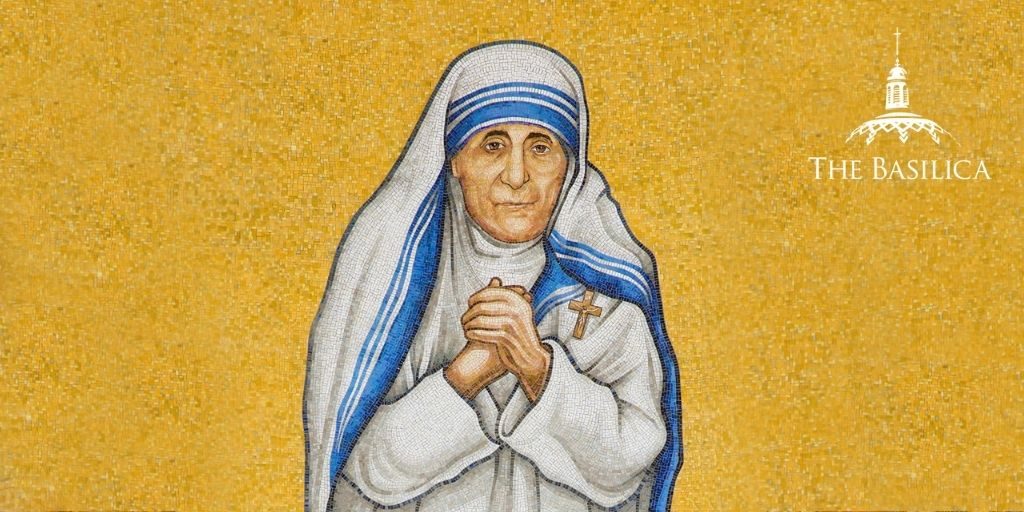 “By blood, I am Albanian. By citizenship, an Indian. By faith, I am a Catholic nun. As to my calling, I belong to the world. As to my heart, I belong entirely to the Heart of Jesus.” – Saint Teresa of Calcutta

As we celebrate the anniversary of Mother Teresa’s entrance into eternal life on September 5, we reflect on her witness of charity, selfless service, and heartfelt compassion. When society shunned the poor and unwanted, she welcomed them into the loving care of Christ with open arms and an open heart.

Mother Teresa was born as Gonxha Agnes Bojaxhiu on August 26, 1910, in Skopje, Macedonia. Though her father unexpectedly died when she was just eight years old, she was fortunate to have a mother who was active in her life, as well as a supportive community in the Jesuit parish of the Sacred Heart.

When Gonxha was 18, she joined the Institute of the Blessed Virgin Mary in Ireland, where she was given the name Mary Teresa, after Thérèse of Lisieux. A few months later, she travelled to Calcutta, India, and joined the Loreto Entally community, serving as a teacher at St. Mary’s School for girls. After her final Profession of Vows in 1937, she became known as Mother Teresa, and served as both a teacher and the principal of the school in 1944. Though her time at Loreto was filled with joy, purpose, and selfless care for others, God had something even greater in store for her.

The “Call within a Call”

In 1946, when Teresa took a train from Calcutta to Darjeeling for a retreat, she had a profound experience which she would later refer to as a “call within a call.” It was the first of a series of visions and promptings from Christ that continued over the months that followed, giving her a strong sense that God wished for her to dedicate her life to caring for the poor. In answer to that call, she founded the Missionaries of Charity, dedicated to helping those in poverty.

In 1948, she left the Loreto sisters to serve with the Medical Mission Sisters in Patna for a time until returning to Calcutta and staying with the Little Sisters of the Poor. While there, every day she ventured into the dregs of the city to care for the impoverished and diseased. The congregation of the Missionaries of Charity was officially established in the Archdiocese of Calcutta in October of 1950, and a decade later, sisters of the order began travelling to different areas of India to serve. Following Pope Paul VI’s 1965 Decree of Praise, Mother Teresa also founded houses in Venezuela, Rome, and Tanzania, and by the late 90s, she had founded houses in nearly every communist country.

The Missionaries of Charity Expand

A Selfless Servant of God

Mother Teresa’s outstanding service soon caught the world’s attention, and several awards were presented to her in recognition of her efforts for the impoverished – most famously, the Nobel Peace Prize in 1979. Despite her renown, she remained grounded in her commitment to humility and holiness – a goal she believed every person of faith could strive for:

Holiness is not the luxury of the few. It is a simple duty for you and for me…Find your own Calcutta. Don’t search for God in far lands – He is not there. He is close to you, He is with you.

Mother Teresa and the Basilica

In 1972, Mother Teresa visited the Basilica for the first time. This would be one of several visits by the saint, the last of which was in 1995, only two years before her death. Many of her Missionaries of Charity have also made their vows at the Shrine.

The Missionaries of Charity Sisters grew to nearly 4000 members by 1997, with 610 foundations in 123 nations across the globe. Even as she faced debilitating health problems, Mother Teresa continued her work, travelling abroad and blessing her successor to lead the Missionaries of Charity. She passed away on September 5, 1997, and was given a state funeral by the Indian government.

The impact of her ministry was so significant that Pope John Paul II waited only two years after her death to beatify her, instead of the customary five years, and she was canonized on September 4, 2016. She is depicted in multiple areas of the Basilica, including the Lower Sacristy window of the Crypt Church, Hall of American Saints, the Trinity Dome Mosaic, and the Universal Call to Holiness.

In honor of Mother Teresa, we invite you to light a candle today at the National Shrine. Vigil candles burn in the chapels throughout the Great Upper church and lower crypt level of the National Shrine. Each candle represents the faith of the supplicants and their fervent prayers entrusted to the loving intercession of the Blessed Mother.

Light a candle
Jesuit Saints of the Basilica: A Tribute
Prayers for Workers